Its replacements are embarrassing — and often dangerous. 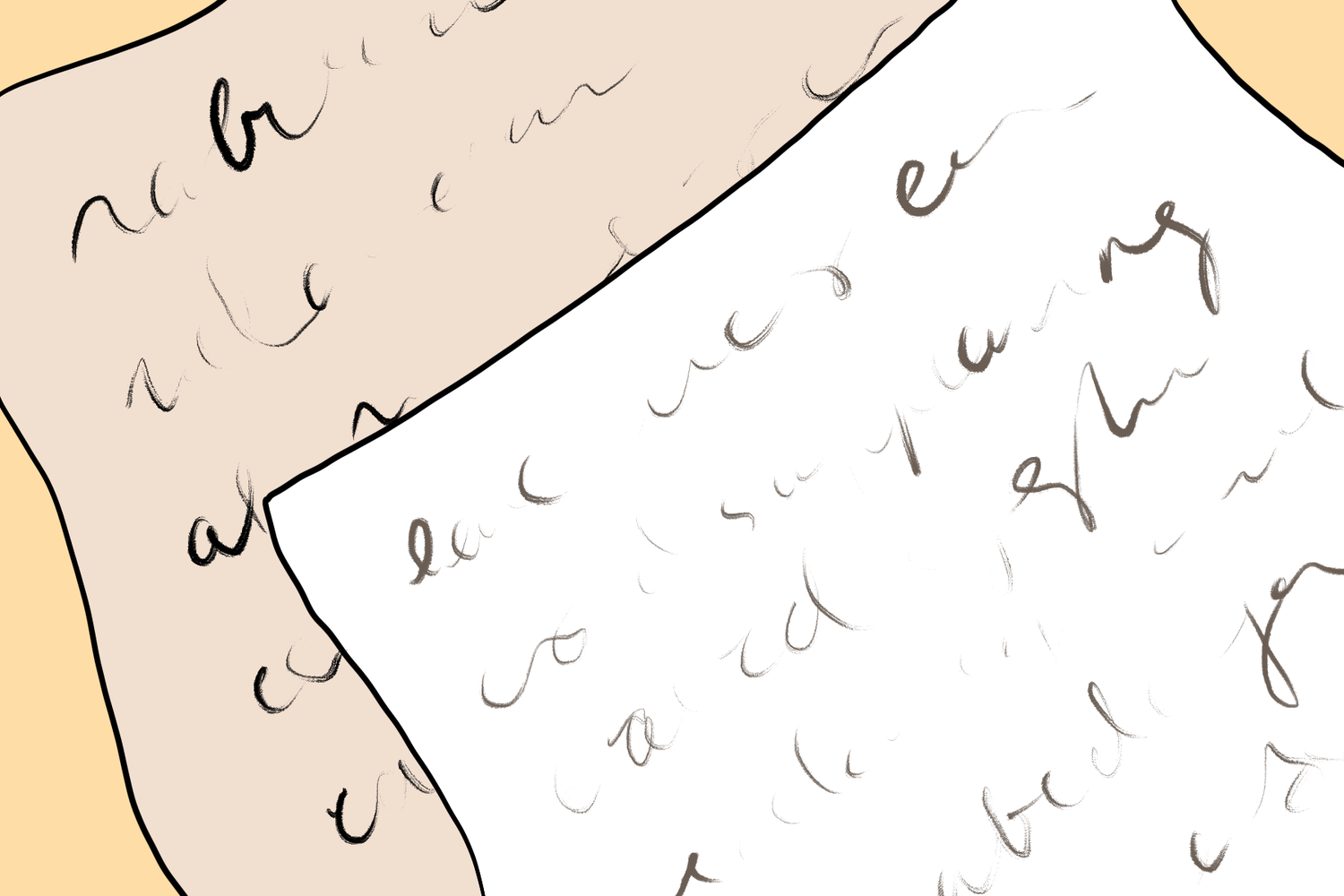 By Danu A. Mudannayake
By Henry N. Brooks
Henry N. Brooks ’19 is a Social Studies concentrator in Currier House.  His column appears on alternate Fridays.

One of my favorite scenes in American cinema is from Robert Redford’s “A River Runs Through It,” when the young Norman Maclean comes before his father’s desk with a handwritten essay, ready for revisions. Maclean’s father — a Presbyterian preacher and strict grammarian — parses through the essay, marking it up until the original penmanship is nearly illegible. He then returns it to his son, who runs off to edit some more.

Redford’s film encodes much of the DNA of American life: a rich Montana geography (where my own great-grandmother grew up), a life on the former frontier. I’m inclined to think, from all this, that the writing motif wasn’t accidental. Wherever it appears — in the Maclean family’s study, at the local newspaper where Norman’s brother Paul goes to work, in the letter from the University of Chicago offering Norman a professorship in the English Department — it is always as a gesture toward improvement, a stand-in for the American Dream.

I’m forced to wonder, in light of that film, what has changed about our American experience that prompts article titles like some I’ve seen recently.

One, from 2015, studies “Why Americans can’t write.” The author raises the startling statistic that in 2011, only 24 percent of graduating middle and high schoolers were considered proficient relative to their grade level in national testing. The blame, she suggests, lies with the Common Core system, which lays out age-group standards for writing ability but gives no suggestions for actually teaching writing.

Another article, from 2013, proposes that “The Internet Is Making Writing Worse.” The story feels rehearsed by now, though no less true, that social media has destroyed our vocabulary and made us more prone to plagiarism.

The truth is, there are most likely several root causes, including that schools don’t teach grammar or expository writing like they used to. Part of the problem, if we take Redford seriously, also stems from our parents. Not all of us grew up under strict Presbyterian grammarians (I definitely did not, at any rate).

Whatever the causes, the cultural effects of our departure from writing are quickly becoming apparent. Democracy itself is beginning to strain without the written word to support it. This has been most apparent in the virtual public sphere, where tweets have become our modern stand-ins for the old radio or television address. One commentator recently suggested that President Donald J. Trump should use Twitter like Franklin D. Roosevelt, Class of 1904, used radio for fireside chats. I’m forced to wonder whether such a use of the platform is even possible, given that FDR’s chats were in fact full-blown essays.

The meme has produced its own corrosive effects online, particularly as a vector for “alt-right” propaganda. While hateful messaging can certainly take the long-form, one wonders whether the racist, sexist, homo- and trans-phobic messaging of the alt-right would have proliferated as quickly if its devotees had had to invest the time required to read a full volume. Or if it could strike as much fear through full sentences as a symbol like the swastika or the Confederate flag could with a single appearance. My guess is likely not.

There is something jarringly postmodern about the collapse of written culture into visual culture. Jacques Derrida, the famous French deconstructionist, believed that words and sentences — the so-called “logos” — were too unstable and too interdependent to transmit meaning, perhaps a reason for our departure from the form. Derrida’s view stemmed from another radical thought, that language, as one author put it, was not a tool at our disposal but a “force that acts through us.” A book, by this standard, is just a telling social construct, a codification of our own inbuilt biases. Whether that view captures the great power we still hold over our own language — or the great potential for misunderstanding we incur by surrendering it — is uncertain.

Marshall McLuhan, the famous Canadian media theorist whom I have discussed before in these pages, wrote extensively on the cultural turn away from the written word, noting its tribalizing effects on modern people. The rise of the internet seems to have vindicated McLuhan’s view, with new ideological silos marking our evolving political landscape.

History certainly tells us of the importance of writing to fostering (or underwriting, as it were) our freedom. By 1831, all but three of America’s slaveholding states had outlawed the instruction of reading or writing to slaves. The absence of writing was a precondition for the most repressive period of American history.

Assuming that Derrida underestimated writing, it still remains for us to revive it. How do we go about it? The teaching guidelines offered by the University of Wisconsin, Whitewater, contain simple suggestions: give short, in-class prompts; teach the value of outlining and drafting; stress the importance of structure (how very un-Derrida!). The Online Writing Lab at Purdue University includes a kind of starter kit for “General Writing” that emphasizes mechanics, grammar, and punctuation. Sometimes the obvious answer is also the right one.

I confess, the thought has crossed my mind of an updated version of “A River Runs Through It” in which the young Norman Maclean presents his father not with an essay but instead a tweet or a meme. One almost struggles to envision the range of cultural implications such a moment would have. How great would the significance be of replacing words with images as the reserve currency of meaning?

The suggestion is a hasty one, I admit, and certainly too thin for serious study. Still, I can only imagine the kind of marks such a thing would get from the old Presbyterian preacher.