Banksy and the Wall 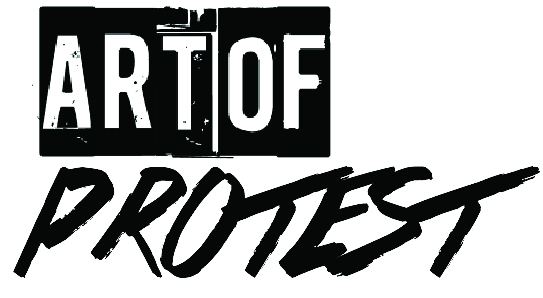 A child draws a tall ladder on the wall. A young girl grasps onto numerous balloons, attempting to fly. Trapped inside the wall, a horse peeks pitifully out from its small square. Two children rendered in black and white stenciling play with a sand pail. However, they are not part of the beautiful, idyllic beach scene in color, shown through a tromp-l’oeil crack in the wall. This graffiti, found anywhere else, may seem cynical. But on Israel’s West Bank barrier, the pieces are no longer just examples of dark humor; they serve as a political tool, intended to shed further light on a particular social issue.

Sometime in early August of 2005, Banksy, a pseudonymous graffiti artist and political activist from the United Kingdom, created nine pieces of graffiti on Israel’s West Bank barrier. He had already been known as a subversive artist wearing a notorious paper bag over his head to protect his identity. In 2003, he painted on animals in an exhibition titled “Turf War.” In 2004, Banksy produced counterfeit ten-pound notes, substituting the Queen’s head with Princess Diana’s. Someone dispersed the bills at the Notting Hill Carnival that year, creating a logistical nightmare as some people tried to use the bills at local shops. With the rest of Banksy’s tongue-in-cheek repertoire, the paintings on the barrier wall in 2005 come as no surprise. But his works on this wall are especially significant because of their use of graffiti specifically as a political medium in situ—that is, they place a work of social commentary in the very origin of the issue.

The Israeli West Bank barrier has been a site of extreme controversy, facing international scrutiny since construction began in 2002. While Israel argues that the barrier protects Israeli civilians from terrorists, the United Nations and the International Court of Justice asked that the barrier be removed in 2004. However, Israel ignored this request. The barrier is a separation wall that lies along the West Bank, partially along the 1949 Armistice line between the Israeli and Palestinian West Bank. The wall’s length was supposed to be around 430 miles, and in 2012, 273.2 miles had been completed, while 35.2 remained under construction.

For Banksy, the controversy that surrounds the wall is what makes it such a perfect location for his art. Shortly after completing his graffiti on the wall, Banksy wrote on his website, “How illegal is it to vandalize a wall if the wall itself has been deemed unlawful by the International Court of Justice? The Israeli government is building a wall surrounding the occupied Palestinian territories. It stands three times the height of the Berlin Wall and will eventually run for over 700 km—the distance from London to Zurich. The International Court of Justice last year ruled the wall and its associated regime illegal. It essentially turns Palestine into the world’s largest open-air prison.” Banksy created his graffiti under the belief that the wall should not exist.

Not only are Banksy’s works considered contentious, they are also sometimes treated as criminal. According to his website, while Banksy was creating his artwork a soldier asked him, “What the fuck are you doing?” before threatening the artist. Jo Brooks, Banksy’s spokeswoman, elaborates further on the precarious situation: “The Israeli security forces did shoot in the air threateningly, and there were quite a few guns pointed at him.”

What sets Banksy apart from other protestors are the aesthetics of his protest. Although illegal in many areas, graffiti also maintains an undeniable artistic appeal. The beach scene, shown through the stenciled crack of the wall, is beautifully painted on with bright hues of blue and green. Even the child with the chalk, in its stark shadowing of black and white, maintains a certain sense of beauty. Banksy’s conversation with an old Palestinian man emphasizes this bizarre interlacing between aesthetics and protest. When the man said Banksy made the wall beautiful, he initially thanked him. However, the man responded, “We don’t want it to be beautiful, we hate this wall. Go home.”

Banksy’s graffiti on Israel’s West Bank barrier wall is significant in that it renders a form of illegal protest beautiful and posits it as an artistic activity. In using an illicit medium to express opposition, Banksy draws on a historical notion of protest—fighting against an established set of rules. But in using graffiti to do so, Banky presents political protest as art. Art is no longer the marker of high civilization, and conversely protest is no longer only for marginalized members of society. No matter what issue Banksy fights against, he refashions protesting in his art. Through his graffiti, Banksy takes the problems of a few that are begging to be exposed and transforms them into art for many. He travels to the source of a problem and transforms it into a beautiful piece of protest.