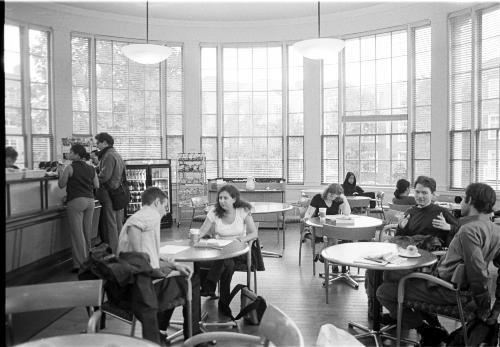 Sure, Harvardlunch.com hasn’t quite scored a million hits, but roughly 300 students (including one Crimson writer) have met at randomly arranged, “non-romantic” lunches coordinated by the website in the short time since Seth A. Riddley '12 founded it last week.

So who are these 300 people? Riddley gives us the stats.

The House with the highest participation is Mather—unsurprisingly, since Riddley first sent the link out to the Mather e-mail list. For second place, there is a three-way tie between Cabot, Currier, and Eliot. The highest participating freshman dorm is Matthews, followed by Wigglesworth.

The site has actually seen a rise in freshman participation since its inception—originally, the participators were primarily Mather residents and other upperclassmen, but a few days after the site’s founding, freshmen became the its largest user group. They now make up about 25 percent of the total amount of the site’s participants.

According to Riddley, there are about equal numbers of male and female users. In other words, that “non-romantic lunch” to which the site refers has potential to become so, so much more.

The site continues to grow at a steady pace of about 10 users a day, according to Riddley, who said he hadn’t expected it to be particularly popular. The site's growth has even earned it a negative post from IvyGate, unsurprisingly written by a senior who attends a little-known liberal arts institution in New Haven, Conn.

Riddley, a history of science concentrator who said he “doesn’t know much about computer programming at all,” said he constructed the site in a few hours. He’s since been given several suggestions from users, such as a “suggested meeting location” entry field, and has had some of his own ideas to improve the site.

“Hopefully over the winter break I can spend some more time with it,” Riddley said.