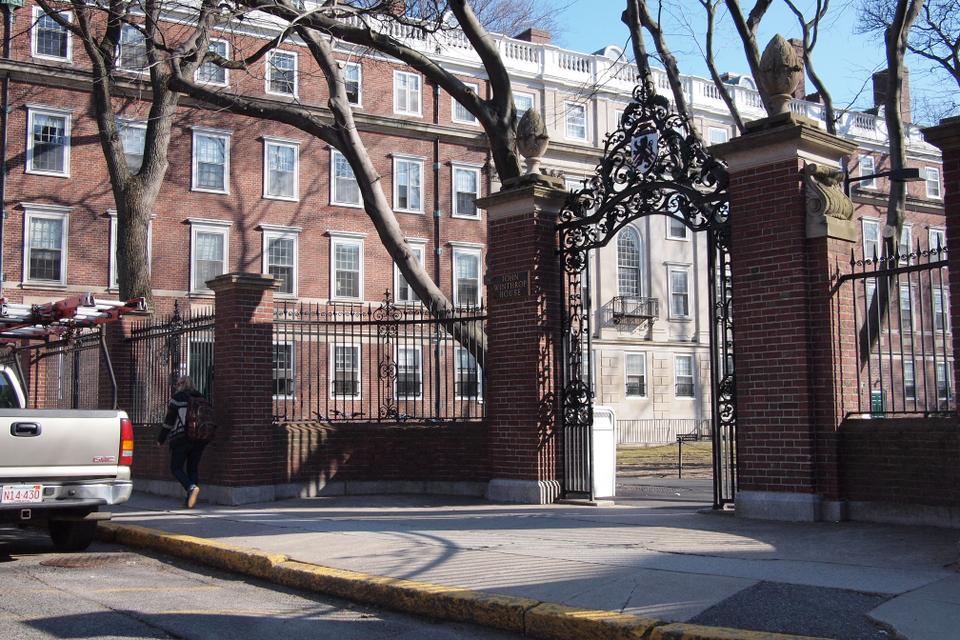 Dining Hall: Winthrop’s subterranean dining hall is cozy and hospitable, but it can get too close for comfort. The dining hall was originally designed to serve only the building where it is housed: Gore Hall, a former freshman dormitory. (Standish Hall, another former freshman dorm, was later joined with Gore Hall to form Winthrop House.) The dining hall got so crowded this year that it recently had to impose stricter inter-House dining restrictions, requiring all Winthrop students to secure Winthrop House stickers for their IDs. At least the dining hall is a convenient place to hang out with friends and do work late at night, boasting a lasting stock of soda, coffee, tea, and carbs. The food itself during meals is middle-of-the-road: better than Adams House and Annenberg Hall, but not as high-quality as Dunster or Currier.

Winthrop’s dining hall was flooded with bathroom water for a few hours two years ago, and so-called friends may mock you about it. More significantly, the dining hall lost its most lion-hearted member due to Harvard’s budget cuts. Winthrop’s friendly former card-swiper, Sonia, knew the names of every Winthrop student for the past decade, but she left last spring after taking Harvard’s early retirement package.

Score: +150 for coziness, +120 for supporting productive late-night work, -20 for sometimes still getting too crowded, -50 for losing Sonia

Common Spaces: As a combination of two former freshman dorms, Winthrop's common spaces amount to the dining hall, the Junior Common Room, the Tonkens Room (a smaller version of the JCR), and wonderful but dutifully quiet House library. The JCR and Tonkens Room are often used by student organizations, so most students don’t rely on them as hangout places. That said, the JCR is a beautiful throwback to old Harvard, replete with luxurious couches and chairs. It is ideal for studying, hanging out with friends, watching TV, or showing off piano skills when it is open.

Other spaces include Waka Commons (which is known mostly for having a kitchen), a couple of practice rooms, a 24/7 gym, a computer lab, two laundry rooms, and two small classrooms—in addition to a Senior Common Room, art studio, and dark room that are never open. Standish and Gore still feel separate since no student-accessible tunnels connect the two buildings. If you don’t get placed in a choice entryway, be prepared to haul your laundry outside.

Rooms: Winthrop’s housing is not luxurious, but it is usually tolerable. Thin fire doors prevail in many bedrooms—which means you can hear everything that is going on in the adjacent room, and the person in that room can hear everything you’re telling your parents on the phone. Most sophomores usually sleep in bunk beds for the full year (unless they are in DeWolfe), though juniors enjoy somewhat better housing. Seniors have no guarantee of enjoying a single at all, unlike seniors in many other Houses at Harvard.

Score: +50 for a lovely River view, +50 for a beautiful Georgian exterior and sense of history, -50 for thin walls and fire-doors, -100 for not guaranteeing singles to long-suffering seniors

House spirit: Winthrop’s House spirit is alternately unassuming and declarative. Since Winthrop has won the Straus Cup twice in a row, the word “Three-peat!” has become a common rallying cry. Apart from intramural sports, Winthrop’s House community can be found in the dining hall on any given night, where students often study and hang out.

The tutors are great to talk to at meals and give solid advice about papers, fellowships, and life in general. Winthrop’s new House Masters—Law School Professor Ronald S. Sullivan Jr. and Lecturer Stephanie Robinson—have made Winthrop feel more like a home with spirited conversation in the dining hall and at open houses and class teas. While Winthrop does not have as ostentatious a House spirit as Pforzheimer or Mather, Winthrop’s pride is reserved but true—seen in the quiet burdens that residents brush off with empathy and a smile. With a lion as Winthrop’s mascot, it would be best to consider Winthrop House as Harvard’s equivalent to Gryffindor.

Score: +100 for excelling at IM sports, -50 for not uniformly bursting with House spirit, +200 for unassuming pride

Location: On a map, it becomes clear that Winthrop is at the center of the River Houses’ orbit. It is so conveniently located that you can walk a short distance to the Yard, the Square, and your friends in other Houses. You need to plan your time efficiently if you’re walking to class though. Noch’s is three minutes away, Sever Hall is 8-10 minutes away, and the Science Center is 10-12 minutes away.

Score: +100 for being relatively close to everything, -20 for not being so close to the Yard that you can wake up at 10 for a 10 a.m. class and lumber over there, +100 for being on the Charles River

Quirks: Symbolizing the House’s grace and humility, Winthrop does not have a tower. Winthrop House Superintendent David Simms—or, as we call him, Mr. Simms—is a friendly presence in G-entryway. The House also holds yoga lessons in the JCR every Sunday afternoon.

Perhaps quirkiest of all, Winthrop lays claim to an entryway that has fallen into disrepair. Harvard allegedly does not have the money to fix the foundations of its former K entryway, a house facing Memorial Drive. A door in J-entryway awkwardly still has the words “K ENTRY” imprinted on it—leading outside to face the decaying house.

Committee Ranking: Sorry, John Winthrop. This was a great review, but somebody has to be 12 out of 12. This year, it's you.