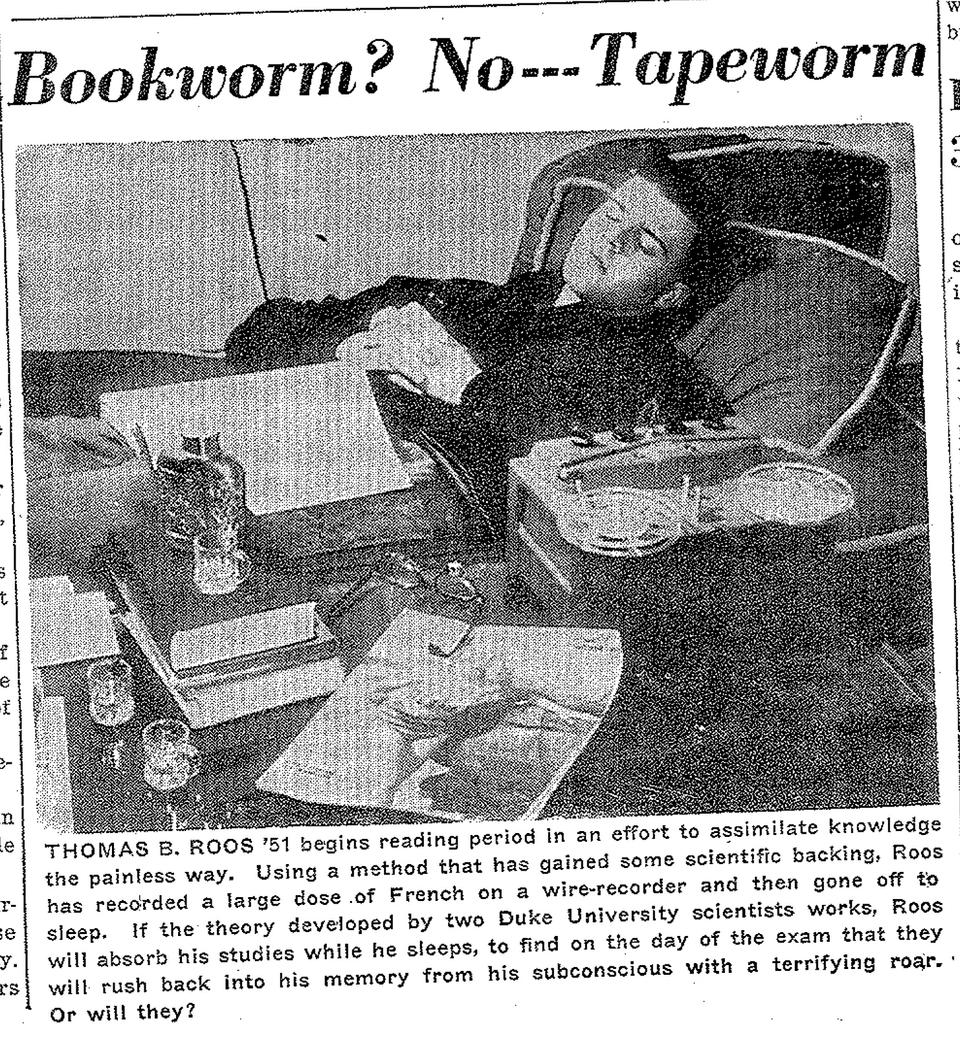 The above image of a "modern" young man cramming for a language exam by listening to tapes of French indicates that Harvardians in the 1950s considered themselves on the cutting edge. But they still had a long way to go.

In September, Harvard's maids—yes, the school hired maids—were granted the shocking luxury of a five day work week. "If they had to pick one day, why Saturday, the day that most students entertain in their rooms? Why not some day in the middle of the week, like the barberless Wednesday?" Donald F. McNiel '52 asked at the time.

Maids weren't the only women with whom Harvard men had a less-than-modern relationship. The Crimson reported in awe that a female senior was living in Kirkland (she was married to a tutor). Harvard men also worried about creeping "feminization" if women—already integrated into men's classes—were allowed to join men's clubs.

And back when the semi-secret Sorrento Square social organization was occasionally publishing so-called humor magazines, Cambridge authorities attempted to ban their "satire on the ways, habits, and sense of humor of Midwestern college students and their funny magazines." The parody, dubbed "Pontoon," included a two page spread of cartoons reprinted from Midwestern college magazines, which the Cambridge Police Department termed obscene.

Finally, 1950 also saw several front page stories about an imaginary Haitian Zombie named "Rumin Coak," whom The Crimson relied on to predict the outcomes of football games, although he occasionally ran into trouble with the Feds.

An earlier version of the May 21 FlyBy post "Oldies But Goodies: Harvard in 1950" incorrectly attributed the quotation "If they had to pick one day, why Saturday, the day that most students entertain in their rooms? Why not some day in the middle of the week, like the barberless Wednesday?" to Duncan H. McCallum '52. In fact, that statement was made by Donald F. McNiel '52.