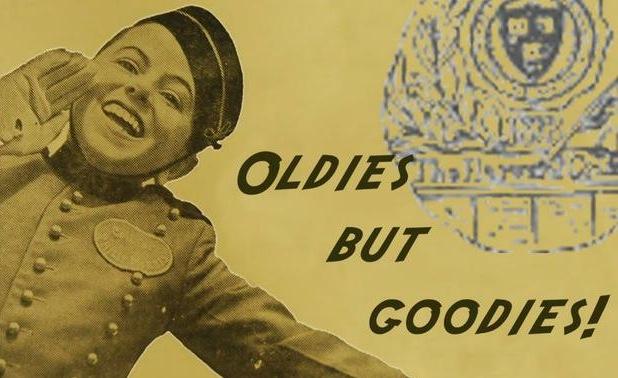 During the '70-'71 academic year today's Harvard was beginning to emerge. Harvard broke ground on the Science Center, ROTC left campus, pets were banned in student dorms, and jocks mourned the loss of the physical training requirement. American college students were in the spotlight more than ever following the Kent State shootings and ratification of the 26th amendment, which extended voting rights to all 18-year-old citizens. Amidst the growing youth power movement, there was also worry that, among other concerns, motorcycles were driving young men crazy.

The '70-'71 academic year was also one of female empowerment. Brown and its sister school, Pembroke, had recently merged, but Harvard and Radcliffe still remained separate institutions. In a sign of what was to come, co-ed living began in the fall of 1970.

The merger of Harvard and Radcliffe was not the only issue for which women at Harvard at the time campaigned. Three female Harvard Law School students filed a petition to the U.S. Patent and Trademark Office in opposition to Longchamps Restaurants' "beef girl" trademark, which they claimed was offensive toward women.

A group of women took over a Harvard building for over two weeks beginning on March 2 demanding a women's center on campus, and the University organized a women's center on Pleasant Street later that year. A group of female seniors planned to protest the disproportionate ratio of male to female students at the College during Commencement by pinning silk-screenings of the Women's Liberation Symbol and/or "1-1" or "=" to the back of their robes. Organizations such as the marching band and the Signet Society began admitting women, though a semi-secret Sorrento Square social organization that used to occasionally publish a so-called humor magazine lagged behind and only began admitting women the following school year.

As the Boston Patriots took over Soldiers Field for a season while a new stadium was being built for the NFL team, the campus was alive with activism not only against the Vietnam War but also against non-union lettuce. The same year the library in the controversial Center for International Affairs was bombed by activists opposed to United States government foreign policy.

1970 also marked the release of "Love Story," a movie that, with the antics of the Crimson Key Society, continues to entertain generations of Harvard students.