Are the Winklevoss Twins Assholes? Summers Might Think So

By Leanna B. Ehrlich • 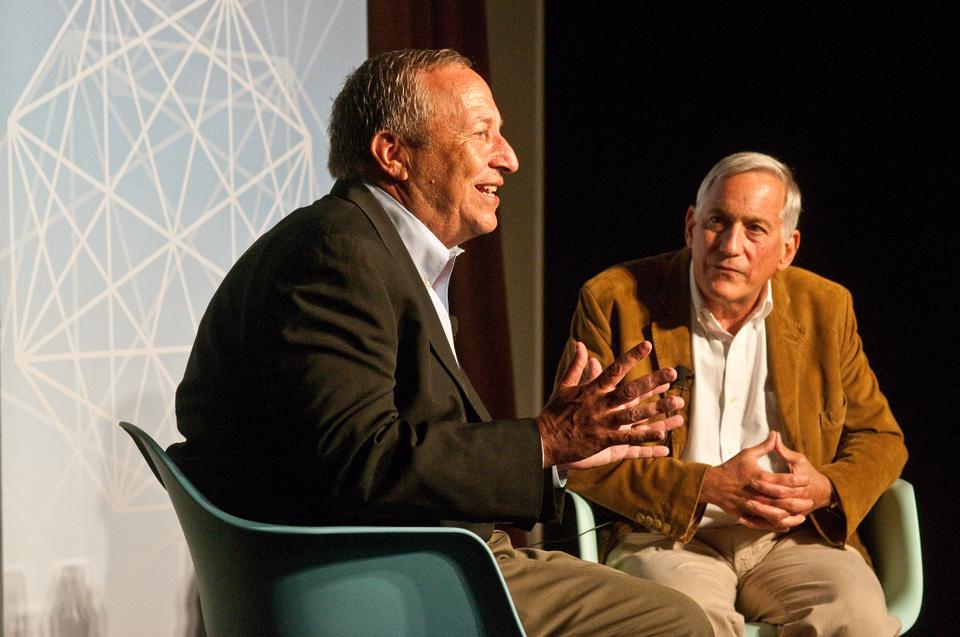 The scene in "The Social Network" was almost laughable. Cameron S. H. Winklevoss ’04 and Tyler O. H. Winklevoss ’04, dressed in suits, came to the office of then-University President Lawrence H. Summers. Summers quipped that they were there to "sell [him] a Brooks Brothers franchise." The twins complained about their idea for a social network allegedly being stolen but found themselves outsmarted and rebuffed by a none-too-pleased president.

The portrayed twins came off as jerks, but at a conference yesterday, the real Summers pushed the envelope one step further, suggesting that they were "an asshole."

“Rarely have I encountered such swagger, and I tried to respond in kind,” he said, justifying his response to the twins.

Summers made his comments during an interview at Fortune's Brainstorm Tech conference. During the rest of the interview, the former Harvard president discussed topics ranging from the technology industry to the national debt.

But the remarks that have had the most play were ones in which he responded to the question "So was that scene in 'The Social Network' true?"

"One of the things you learn as a college president is that if an undergraduate is wearing a tie and jacket on Thursday afternoon at 3:00, there are two possibilities," Summers said. "One is that they're looking for a job and have an interview. The other is that they are an asshole."

"This was the latter case," he said.

Apparently, the Winklevoss twins never quite lost their habit of taking things to the top, even if those at the top may not want to hear them. In May, they decided to take their ongoing legal battle with Facebook to the Supreme Court. But ultimately, they chose not to pursue the appeal.

UPDATE: In an email to University President Drew G. Faust, the Winklevoss twins tattled on Summers for his comments. Read their complaint here.