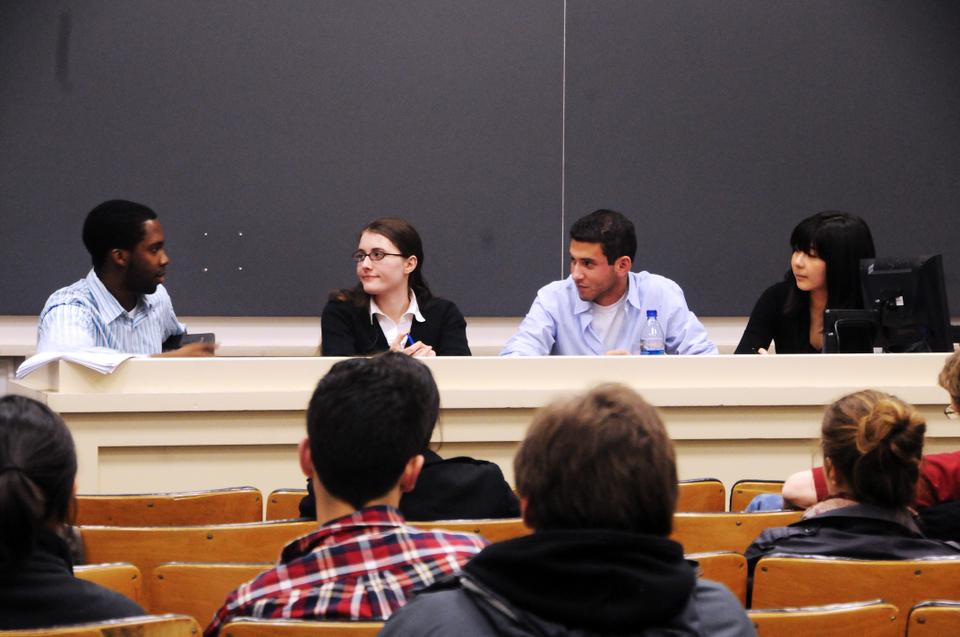 A "Shit Harvard Students Say" tumblr was launched today, featuring only-at-Harvard phrases like "He's hot but lives in the Quad. So not worth it" and "I took CS50."

In the meantime, two freshmen are currently producing videos on the same theme.

"I saw the original video and the subsequent spin offs. Being a pompous Harvard student, I thought I should make one about Harvard students," Aaron H. Aceves '15 said. He has already filmed, and is currently editing footage.

Meanwhile, C.C. Gong '15, a Crimson photo editor, is compiling inspiration for a script via a public Google Doc that she hopes will supply most of the substance of her own video. "I wanted a lot of Harvard kids to be involved and contribute," Gong said. She is eager to have as many students appear in the video as possible and says filming will begin within the week.

Looks like Harvard students have a lot of shit to say.

An earlier version of the Jan. 31 post "Shit Harvard Students Say" misidentified C.C. Gong '15 as a Crimson news editor. In fact, she is a Crimson photo editor.