An Ode to David Malan 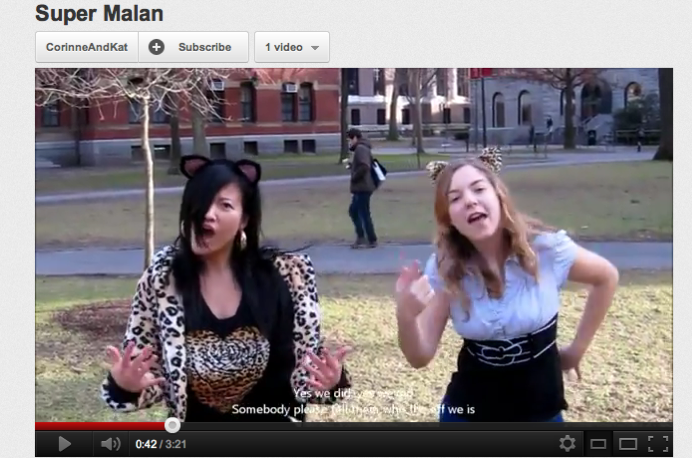 When Corinne H. Curcie '15 and Katherine J. Zhou '15 heard that CS164: "Mobile Software Engineering" might be lotteried, they decided to take preemptive action. The result is Super Malan, a video parody of Nicki Minaj's "Super Bass."

"We thought it might persuade Malan that we really wanted to be in the class," Curcie said of David J. Malan '99.

The two conceived of the idea for this video after many late nights singing and coding their final project for Malan's most popular course, CS50. Though their project ROFLRomance—"a dating site for the socially-inept"—wasn't as functional as they had hoped, they emerged from the process with the lyrics for this song. Embedded throughout the video are references to their experiences in CS50, which Curcie acknowledged is "pretty much a cult."

Curcie and Zhou credit assistant head teaching fellow Robert T. Bowden '13 and the other CS50 TFs for making the class such a positive experience.

"You spend hours with them at office hours with your classmates. You really get to know so many people through CS50," Curcie said.

So what does Malan think about all of this?

"Well, he liked it on my Facebook wall," Curcie said.

Since CS164 ended up not being lotteried this year, Curcie and Zhou, both intended computer science concentrators, successfully enrolled.

"We were hoping he'd play it in class, but he just played part of Super Bass. It was definitely a nod though," Curcie said of lecture on Monday afternoon.