YardFest 2012: A Look at the Acts Coming Our Way 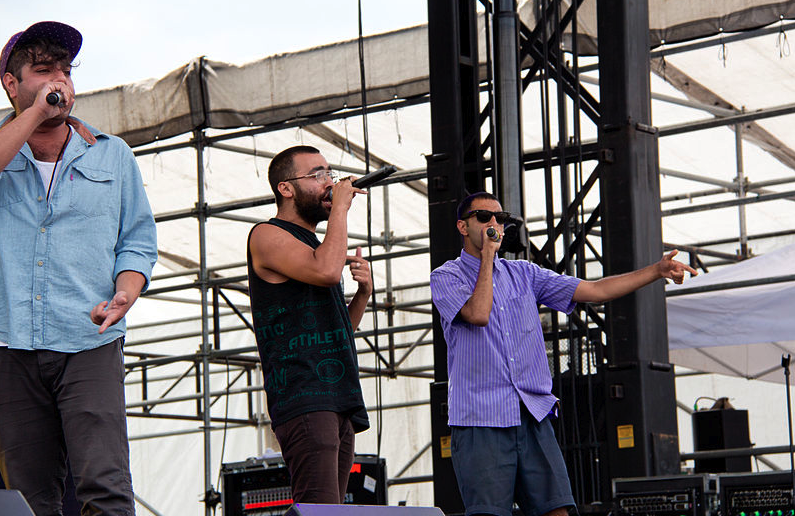 While some Indie music enthusiasts have voiced their excitement over this year's YardFest performers, Das Racist and The Cataracs, most students have responded with a "Wait...who?" Don't be that person trying to sing along to songs you've never heard. Flyby is here to give you a taste of Yardfest's lineup before the April 15 concert rolls around.

As their name suggests, Brooklyn native alternative hip hop group "Das Racist" tries to be anything but politically correct. Das Racist is composed of one "hype man," named Dapwell, responsible for backup rapping and increasing audience excitement, and two MCs known as Heems and Kool A.D. The group manages to include literary references, college culture, and various oddities of contemporary America in their lyrics. They first got attention for their underground hit "Combination Pizza Hut and Taco Bell," an ode to our generation's inability to communicate. Das Racist isn't completely without mainstream recognition, and their music video to "Who's That? Brooown!" was selected to screen at the 2011 Sundance Film Festival. (Mad props, yo.) The group's first commercially released album, "Relax", includes the songs "Power" and "Michael Jackson," the video of which parodies MJ's "Black or White."

If you've found yourself singing Dev's hit "Bass Down Low," chances are you've heard of YardFest's headliners, "The Cataracs," who are featured in the song. David "Campa" Benjamin Singer-Vine and Nyles "Cyrano" Hollowell-Dhar formed this indie-pop group back when the two were sophomores at Berkeley High School in California. They started off strong, scoring a hit with their very first attempt at a rap single "Blueberry Afghani". They showed their softer side with "Baby Baby," a song that would later be featured on "Keeping Up With the Kardashians". Besides working on collaborations with Far East Movement and New Boyz, The Cataracs have also produced a couple of popular club-appropriate tracks like "Top of the World" and "Club Love."