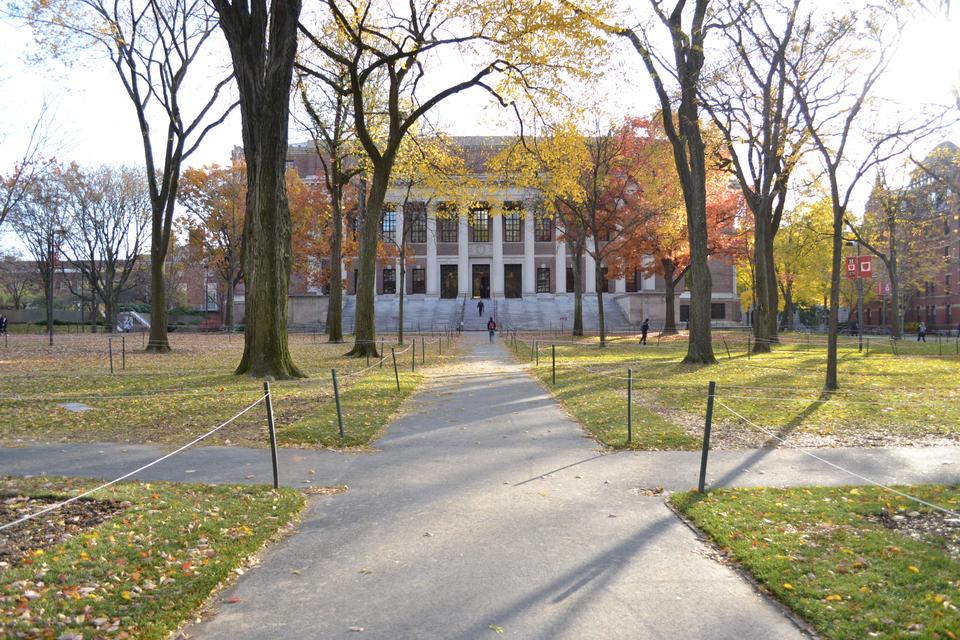 Tercentenary Theatre is usually a bustling and popular area for tourists, but with the increased security due to Occupy Harvard, the only people visiting Widener Library are students.

Harvard often faces the challenge of becoming overly accustomed to praise, regularly occupying the top few spaces of worldwide university rankings. However, a recent article in the Huffington Post shows that ranking high is not always a good thing, at least according to the Foundation for Individual Rights in Education (FIRE).

Results from a study by the FIRE name Harvard as one of the "12 Worst Colleges for Free Speech In 2012". Based on the University's actions over the past year, the FIRE has found multiple faults in the university's support of free speech. Their reasons include Harvard's freshman pledge, which they believe limits academic freedom, the prevention of Yale students from designing Game Day shirts with the names of famous drop-outs Bill Gates and Mark Zuckerberg, and the effective dismissal of former summer school instructor Subramanian Swamy. Swamy wrote an inflammatory op-ed in 2011 that called for, among many things, the destruction of Indian mosques and the prohibition of conversion from Hinduism.

If you're interested in discussing free speech at Harvard in more detail, Sunday April 1 marks the beginning of Free Speech Week, a national event pioneered by the student group Students For Liberty. The Harvard Libertarian Forum invites all Harvard students to the Science Center Plaza each day next week. Paper and pens will be available for students to make uncensored, unadulterated and untamed statements about the world. These messages will then be showcased on a wall, which will be erected for the occasion.

Other schools listed in the top 12 include Yale, Johns Hopkins, Tufts and Brandeis.