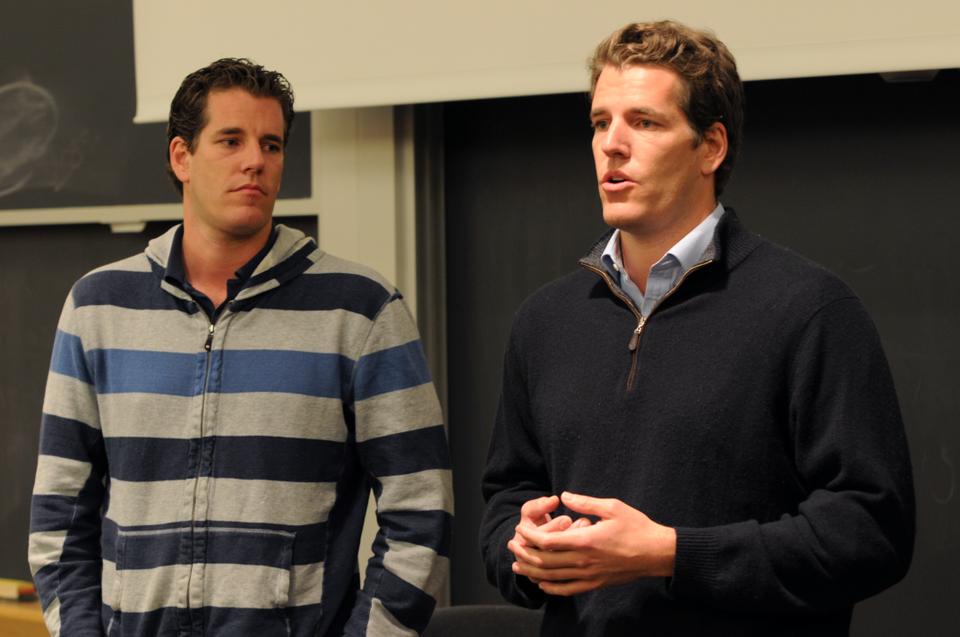 Call the Winklevoss twins "craggy" and "Neanderthal-esque" or "aggressively aristocratic" if you'd like... but don't accuse them of failing to learn from their mistakes.

The Winklevosses are in the news once again, and this time we've learned that they're heavily invested in an internet technology that's definitely not Facebook. The New York Times reported yesterday that the twins own "one of the single largest portfolios" of bitcoins, a digital form of currency.

A primer for the uninitiated: First launched in 2009, Bitcoin is a peer-to-peer currency that operates independently of any governmental regulation. Because they are heavily encrypted and accessible only using private keys, bitcoins are one of the most anonymous methods available for conducting transactions. You might even call Bitcoin an anti-social network, which probably makes sense as an investment for these guys since their track record with actual social networks isn't the best.

All of this secrecy stands in stark contrast to the twins' earliest (attempted) investment, especially this week, as Facebook rolled out more detailed status update capabilities, allowing users to share what they're eating, drinking, reading, listening to, watching, and feeling.

However, there's one aspect of bitcoins that the Winklevosses should be aware of going forward. As the Times article notes, "[L]ittle is known about the creator of bitcoin, or if it even was a single person."

If the Winklevii were the inventors of Bitcoin, they would have invented Bitcoin, right? Actually, that might hit a little too close to home. Sorry, guys.