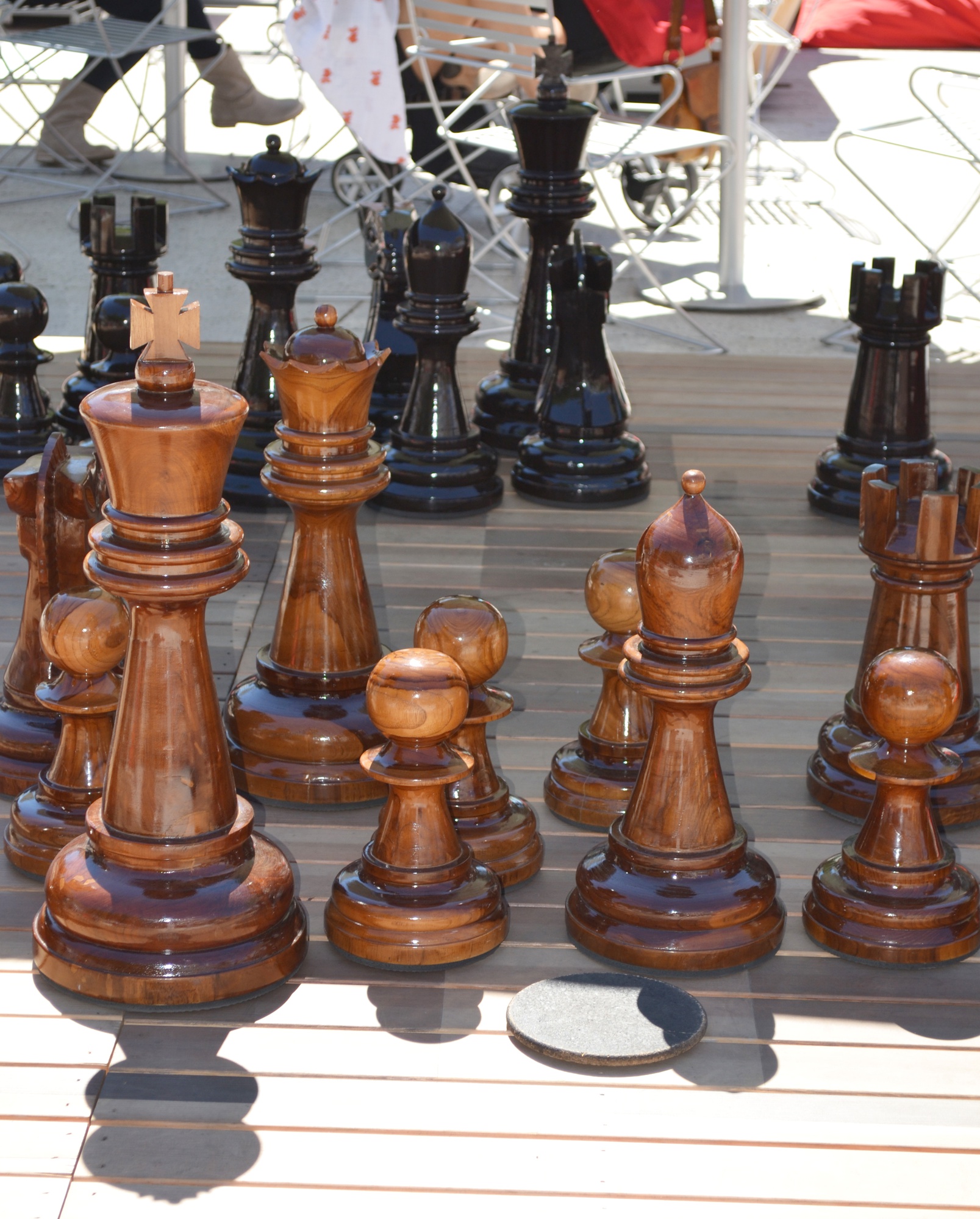 In an effort to create an entertaining multi-purpose space for students, the new Science Center Plaza has just been recently outfitted with life-sized chess and checkers boards.

If you weren't on campus last year and feel like you're returning to a strange new world of over-emphasized collaboration policies and construction sites, you might have a few questions about what happened here at Harvard during the 2012-2013 school year. Flyby's here to answer them for you.

1. Why are there ceiling fans in Old Quincy?

“Old” Quincy is actually pretty new—or at least the inside of it is. Old Quincy was renovated throughout last school year as the “test project” for Harvard’s ambitious House Renewal project—a plan to eventually renovate all 12 upperclassman Houses for over $1 billion.

If your next question is why there’s still construction near Quincy, we’ve got you covered. Renovations on Leverett’s McKinlock Hall are now underway, with that building slated to open next fall. Dunster is up next, with plans for renovation of the entire House during the 2014-2015 school year.

Well, you’re definitely a freshman. This time last year, the Administrative Board—the College’s disciplinary body—was busy addressing Harvard’s largest cheating scandal in recent memory, which occurred when roughly 125 students were accused of plagiarizing or inappropriately collaborating on the final take-home exam in the spring 2012 course Government 1310: “Introduction to Congress.” Roughly 70 of those accused students were required to temporarily withdraw from the College.

3. Why is there an interim dean of the College?

The College’s top administrator, Donald H. Pfister, wasn’t so last spring—he just took the helm as interim dean in July. The departure of his  predecessor, Evelynn M. Hammonds, was announced in May.

Hammonds’s announcement came after a tumultuous year at the College that included the cheating scandal and a subsequent email search scandal (Harvard made the news a lot last year). News broke in March that administrators had secretly searched the administrative email accounts of resident deans after an internal email related to the cheating scandal was leaked to the media. In April, Hammonds told faculty that she had authorized a second set of searches without the necessary permission, breaking faculty email privacy policy.

5. What’s all that stuff outside the Science Center?

This time last year, the Science Center Plaza was under construction (and it was throughout most of the academic year, in varying stages), to the dismay of students commuting to class in the Science Center. The renovated plaza opened in the spring, and is now a bright and shiny space featuring oversize bean bags and a large chess board.