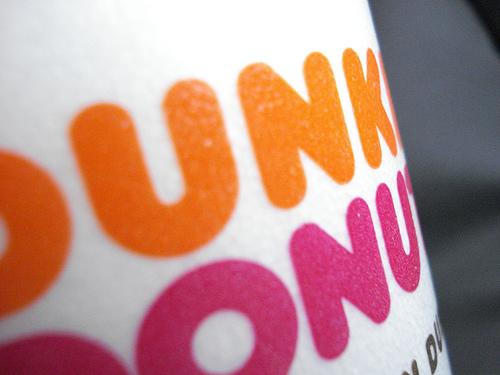 Even with the new year in full swing, Flyby has been reflecting a lot on 2013 and all that it brought to campus. From an email search scandal to a bomb scare, this year at Harvard certainly had its interesting moments. With a critical eye, we took some time to think over these past twelve months and come up with a few resolutions for the Harvard community in 2014.

Stay Above Average?
In December, The Crimson reported that the median grade awarded at Harvard College is an A-, confirming to the rest of the world once again that we are a bunch of elitist snobs coddled by a nannying administration that is beholden to paranoid, success-driven parents. Not only this, but Harvard also neglected to demand the capital of Canada on its admissions application, resulting in eleven students who could not name the answer, Ottawa, correctly. While there probably isn’t much we can do to remedy our bad public image, in 2014 we Harvard students should pledge to play this world geography game as a procrastination tool, and slack off to earn a B+ in at least one class to make Princeton feel better about itself.

Let Them Eat Tomato Basil Ravioli Soup
This November, the UC “joke ticket” Sam B. Clark ‘15 and Gus A. Mayopoulos ‘15 won their first revolutionary victory for the proletariat by inspiring HUDS to bring the much-ballyhooed tomato basil ravioli soup to Harvard dining halls every Thursday. In 2014, we hope this weekly holiday inspires the new UC President Mayopoulos to follow through on his pledge to engage a heretofore aloof UC aristocracy with the concerns of the working student. We’re counting on you Gus; save us from the single-ply.

Reclaim Glory
Forget Yale. In 2013, Harvard was beaten out by two other elite institutions who now claim a lower acceptance rate. Stanford University and Walmart, Inc, with admissions rates of 5.69% and 2.6%, respectively, beat out Harvard College’s 5.8% acceptance rate for the Class of 2017. Not to be permanently dampened by this ego blow, Harvard University launched a five-year capital campaign to raise $6.5 billion and one-up Stanford’s measly $6.2 billion. This coming year, we can all support Harvard’s quest to be the Queen Bee of higher education by showing up to an alumni thankathon for pizza and a free tee shirt. No word yet as to how we approach Walmart’s $466 billion in revenues.

Make Peace Between STEM and the Humanities
In 2013, shots were fired between humanities naysayers and those struggling to save art, literature, and languages from the age of science and pre-investment-banking economics concentrators. While the appeal of math and science for future job prospects is undeniable, some of us need to be reminded that we attend a liberal arts school where esotericism and impracticality should be celebrated. In 2014, we propose to hold a peace conference in a neutral location (Panera, anyone?) to settle differences between the opposing sides.

Show Some School Spirit
Believe it or not, Harvard has a world-class Division I varsity athletics program. This year the Harvard men’s basketball showed us how talented and hard-working Harvard athletes are by winning their first-ever NCAA tournament game. Sadly, many Harvard students would rather spend an evening in Lamont than trek across the river for a friend’s varsity sports match. Harvard has even tried paying students in Crimson Cash to attend games. Come on people, we are not Columbia. Let’s show Harvard athletics our support by showing up to at least one sports game next semester.

Kick Off the New Years Fitness Regimen by Walking to the Relocated Dunkin’ Donuts
September brought a wave of shock as it was revealed that the hallowed Bow Street Dunkin’ Donuts of “Good Will Hunting” fame was set to close. After a month of turmoil and soul-searching by a grief-ridden student body, we learned that Dunkin’ would in fact relocate to a new location one-third of a mile down the road at 1003 Massachusetts Avenue. While this new spot is certainly less convenient for upperclassmen craving a Dunkaccino on the way to class, it presents a great opportunity to kick-start any New Years fitness resolutions to get in shape by taking an aerobic detour to rev up an early-morning metabolism.