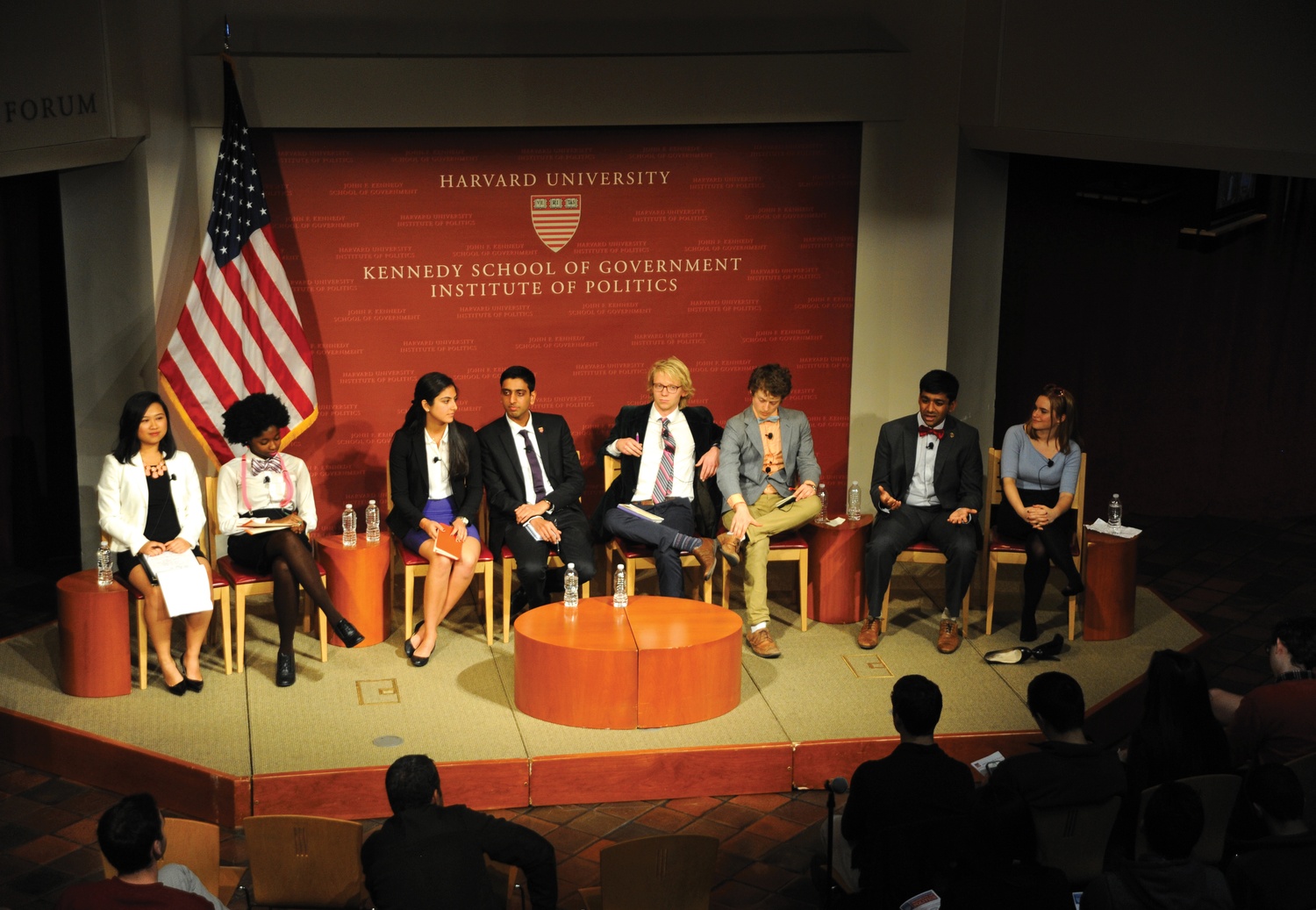 Undergraduate Council presidential campaign season has very much arrived, and with it comes a deluge of campaign posters and publicity stunts. Flyby picked out some of the gems—whether they’re the most ridiculous or the most predictable—and collected them for you here.

Ah, the name pun. Working names into slogans seems very middle-school-election, but we have to admit that Yang and Jackson’s names are pretty well suited to campaigning.

Kanuparthy and Horvath’s campaign ads are telling Harvard to “Leave Thanksgiving alone.” Two questions: Is Thanksgiving in trouble? Are they trying to save it? We need answers.

Here, we see the classic UC and “you” pun—the two other tickets above make a similar play in their own campaign ads. This ad lacks in originality, but it does add a pretty sick design.

Heine and Turban round out the list with an ad that’s as bizarre as it sounds. In the ad, the pair sit partially clothed in a kiddie pool with the former Microsoft CEO standing over them. We’re not really sure what this means, but it works.