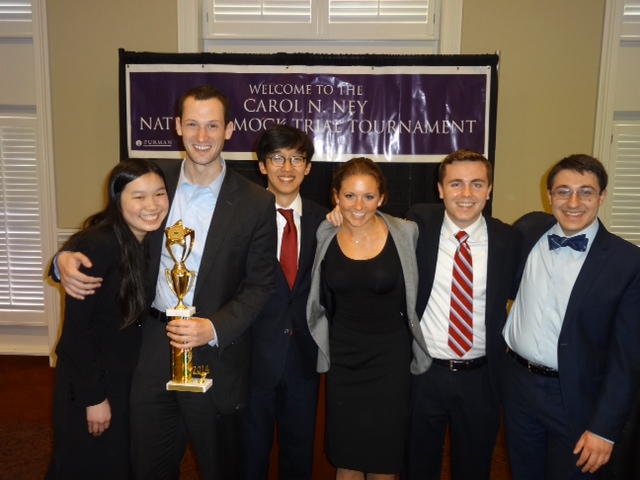 Members of the Harvard Mock Trial team pose with their award from the 2014 Carol N. Ney National Mock Trial Tournament.

By Courtesy of Maya Tester

It’s Thursday, which means it’s only one more day until the weekend! Looking back at this past week of post-Spring Break sadness, see which of the situations below applies to you:

Dream: You read inspiring Thought Catalog or LifeBuzz lists of things you should do better or fix in your life (ex. 30 Things to Stop Doing to Yourself), and decide that you’re going to start implementing these uplifting messages and adapting a more positive outlook on life starting from tomorrow.
Reality: After staying up late to finish a reading you procrastinated on, you wake up feeling extremely irritated and realize that you hate everything about the world right now.

Dream: You tell yourself that after you lose this round of 2048, you’re going to stop and continue writing that paper.
Reality: After you lose, you’re still feeling hopeful and you tell yourself that you feel like you’re actually going to win this time (which is what you’ve been repeatedly saying to yourself for the last 30 minutes) and perpetuate a dangerous cycle of unproductivity.

Dream: You’ve made the decision all week that you’re going to stay in during one of the nights this weekend because you’ve put off so much work over Spring Break and want to catch up.
Reality: You hear your friends pre-gaming in the common room so you go out to say hi and you somehow end up with a drink in your hand. At this point, you convince yourself that you can’t waste your current state of tipsyness doing homework and decide that everything points towards you going out with your friends. 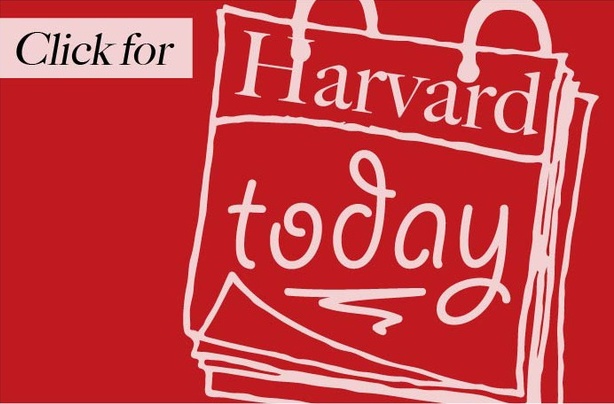 IN THE ATMOSPHERE
After yesterday’s winds that probably gave you mild panic attacks as to whether or not you were going to crash into the person in front of you, today’s winds are much more mild, and the high is 44 degrees! It’ll also be mostly sunny, which is a blessing for those of us who are willing to accept any semblance of warmer weather.

ON FLYBY
1) Overheard at Dunkin’ Donuts- You’d be surprised by the things people overhear at Boston’s beloved “Dunks”...
2) Post Spring Break Revelations- What sad facts did you realize upon returning to campus from Spring Break? Olivia A. Nicholls ‘17 shares some of hers, including spring cleaning woes and taking a red-eye!

IN THE NEWS
3) Mock Trial Advances to Nationals in Mathew’s Memory- “Six weeks after the death of teammate Angela R. Mathew ’15 in a car accident, the Harvard Mock Trial team has qualified for the national championship tournament.”
4) Advising Programs Office To Create New Website- “In an effort to promote educational exploration and better organize online advising resources for students, the Advising Programs Office plans to replace its current website with a new, “twenty-first century” platform for the 2014-'15 academic year.”
5) Amid Shrinking Enrollment, Romance Languages and Literatures Plans To Redesign Curriculum- “The Department of Romance Languages and Literatures is planning to redesign its curriculum to attract concentrators and non-concentrators to high-level language courses which have seen a sharp decline in undergraduate enrollment in recent years, according to chair Virginie Greene.”

IN FIFTEEN MINUTES
6) Race and Belonging at Harvard College - An in-depth look at Harvard's dialogues on race.
7) SAT 2.0 Practice Questions - Test your Harvard vocab!
8) Venn Diagram: IOP and IHOP - The similarities and differences between politics and late-night pancakes.

EVENTS
The OCS is having an event for those of us who are still uncertain about our summer plans today from 4 to 5 p.m. at 54 Dunster Street! Hear about jobs, internships, public service opportunities, and funding.

The Cooper Gallery at the Hutchins Center and the Office for the Arts at Harvard are looking for faces to photograph for an installation during the ARTS FIRST festival in May! If you’re interested in being a part of a public art project and you like free food, go to the INSIDE OUT Photo Shoot and Party tonight at 6:30 p.m. at 74 Mt. Auburn Street.

PHOTO OF THE DAY
Members of the Harvard Mock Trial team pose with their award from the 2014 Carol N. Ney National Mock Trial Tournament.