What Your Text Punctuation Really Means

By Eloise A. Lynton • 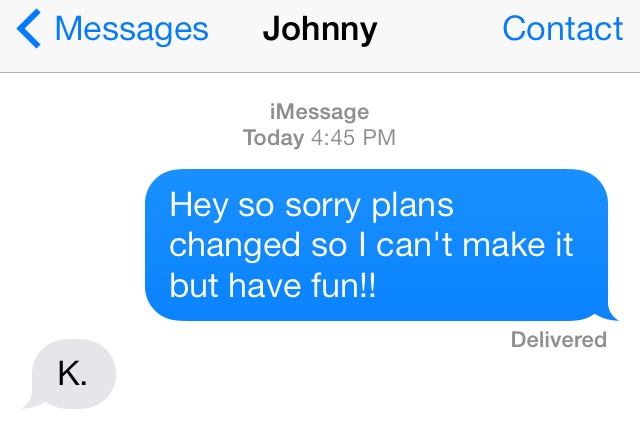 Hundreds of high school prefrosh will be coming to campus this weekend, phones in hand, thumbs at the ready. In high school, texting was all about the abbreviations and acronyms. Cool texters were the ones who could throw around g2g, LOL, and idk without a second thought. Now, though, these prefrosh are at Harvard, and at Harvard, it's punctuation that matters. That means that these prefrosh have got some stuff to learn. Don’t worry though, we're here to help. Here is a definitive list of how to de-code those texts. 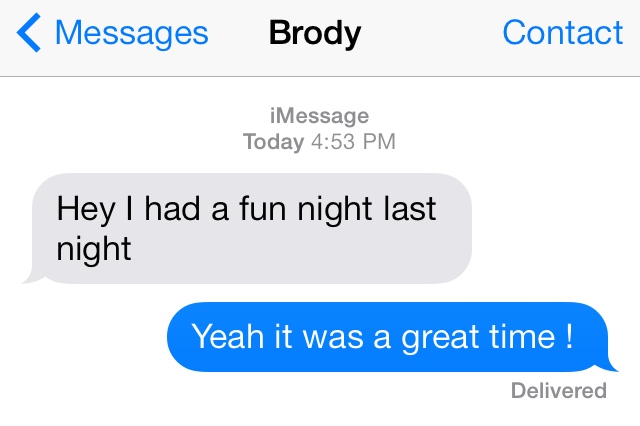 2. The Ellipsis The ellipsis is used when a situation is so outrageous/funny/embarrassing/confusing and you are so close with the person receiving the text that you don't even need to explain to them what you are thinking. Instead of using a text to communicate actual words, you're basically asking the other person read your mind. You might shoot your friend an ellipsis when your ex casually hooks up with another person in front of you or when your professor assigns an essay over spring break. Alternately, the ellipsis can be used to convey passive aggressive anger when the text receiver knows he/she has done something wrong. You do NOT want to receive an ellipsis after being half an hour late to pick someone up.

3. The K-Period.
While older generations often misinterpret The K-Period as a simple attempt at correct grammar on the part of the texter, anyone born after 1990 knows that The K-Period is used if, and only if, one wants to convey a sense of utter anger and hostility. In fact, the K-Period is so negative that it implies the exact opposite of plain old “K”. For example, responding “K.” to the text “I’m on my way sorry!!” may seem harmless and easy going, but it really means “I cannot believe how long you made me wait. This is SO NOT OK.” The K-Period means that the text receiver is so pissed that he or she cannot be reached emotionally over text. Thus, it is advised that in-person communication be sought. If, for example, one receives a K-period after sending a long apology text to a friend, to maintain the friendship one should immediately buy flowers, find chocolate, and find said text receiver ASAP. 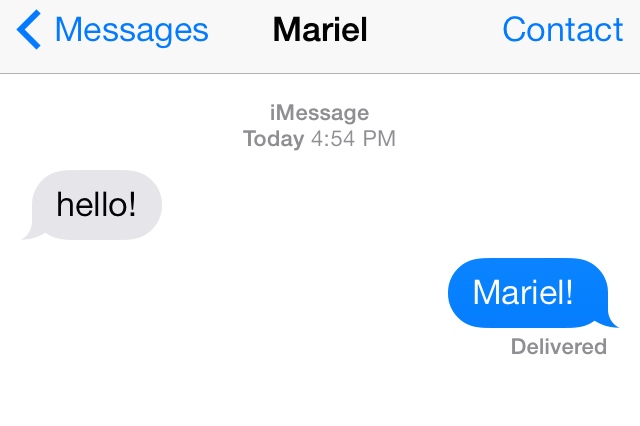 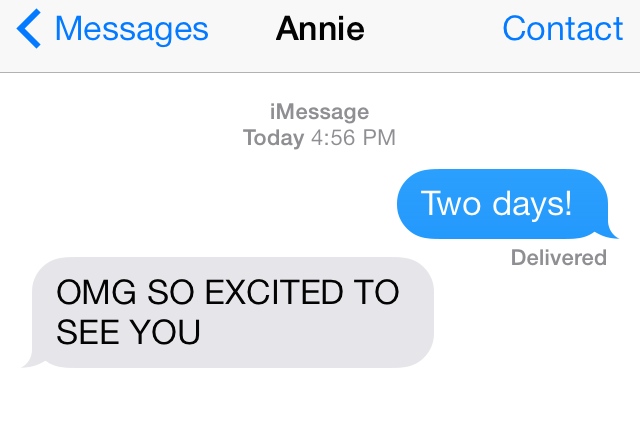 5. The ALL CAPS
All Caps Texting is generally reserved for moments of extreme excitement. The difficulty of producing an All Caps text on most phones (read, iPhones) means that they are not taken lightly by the receiver. That being said, typically, All Caps Texting is more common among the female population, often to convey a sense of deep and sincere friendship. One girl might text another that she is “SO EXCITED TO SEE YOU OMG.” All Caps is also as an alert that one has just had an unusual/interesting/amazing/unbelievable experience that she is about to communicated in a coming text: “YOU’LL NEVER BELIEVE THIS.” While All Caps can be a great emotive tool, it also has the unwanted consequence of literally seeming like you are shouting in the receiver’s ear, and you have to be careful not to overdo it. 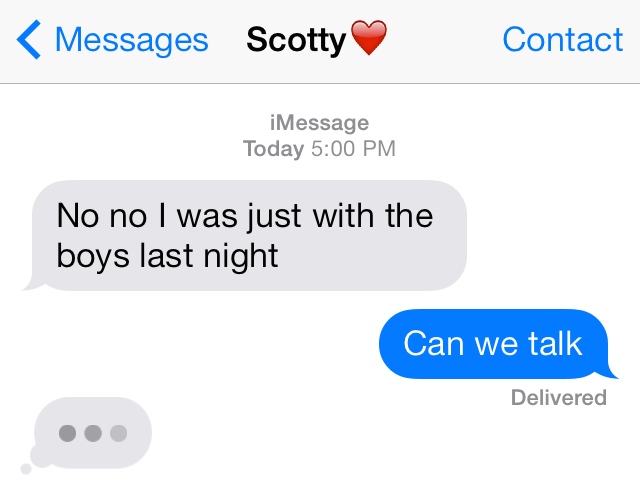 6. The Question mark-less Question
Questions are annoying, and Text Questions are even more obnoxious. You never want to be that person who only sends texts to pester someone about “What’s going on tonight?” or “Do you want to go to dinner?” or “Have you started the p-set?” Generally, its best to avoid these texts all together. But, lets face it, sometimes you just have to know and you’ve gotta ask. The solution? One way to lessen the blow is by going Questionmarkless. Somehow “What’s the homework” seems so much less intrusive than “What’s the homework???” That one little extra squiggle of punctuation just seems to make all the difference.