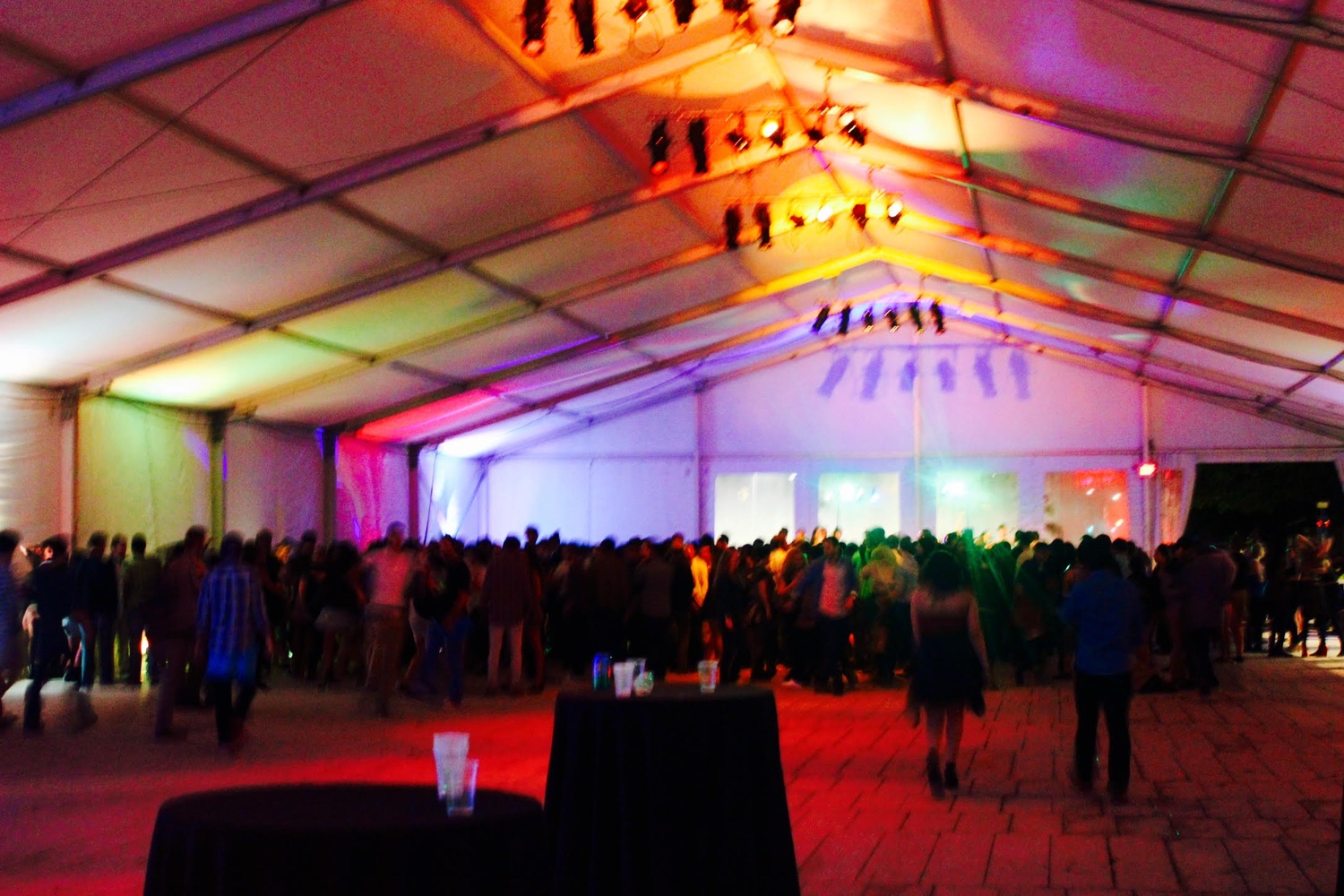 Last week, Flyby reported about the upcoming [BLANK] Party, an event hosted by a group of women on campus looking to encourage inclusivity in Harvard’s social scene. Flyby, being the intrepid reporters we are, trekked through the rain to the Science Center Plaza last night to check it out. In case you weren’t as down to brave the elements (read: drizzle) as we were, here’s a quick recap of what you missed.

Atmosphere
I broke my usual “fashionably two hours late” rule for going out and rolled up at 10 p.m. to catch the second half of the Ex Feds’ set. They were playing The Fratellis ‘Chelsea Dagger,’ when I walked in– always a good start to a night. When I first showed up, the turnout was pretty small but enthusiastic, but by 11 or so there was a large crowd. By the end of the night, the place was packed (well, relatively, it’s a pretty huge tent) with tons of people dancing and having a good time.

Music
The Ex Feds did a good job mixing up pop-punk covers that I only vaguely recognized (because I was objectively uncool in middle school) with some solid covers of Vampire Weekend and The Strokes. By the end of their set, they had the entire crowd screaming the words to ‘Mr. Brightside,’ and they played ‘Stacy’s Mom’ twice, because why not? I’m still a little upset that they didn’t play ‘Blank Space’ because a) it would have been clever and on theme and b) I screamed requesting for it, but other than that, 10/10.

DJ Pong and DJ Yashi took over at around 11:30 and kept the party going strong until 1 a.m. with a good mix of current hits and throwbacks. At some point during their set, I discovered that not a single person I was dancing with, myself included, could Whip or Nae Nae. And they say Harvard kids can do anything they set their minds to…

Location & Food
There was a table with cheese and crackers off to the side. But realistically, who goes to a party just for the food? People crowded the food and water table only to take a break from the dancing and to hydrate (proof that mandatory DAPA extended orientations worked… maybe?) before heading back into the fray.

More importantly, though, the choice of Science Center tent as a location was a great choice on the part of the organizers. It was covered from the rain, wasn’t too hot unless you were in the middle of the crowd, and was big enough that you could hang out and talk to friends if you didn’t want to dance.

Overall
I had a great time at [BLANK] Party, and I’m hoping the hosts will consider throwing other similar events this year. My only real issue with it was the 9 p.m. to 1 a.m. timing– I think a 10-2 slot makes more sense if you want your party to attract and retain more people. Otherwise, though, it was very well done, and I can’t wait to see it become a yearly tradition.