Avian Adventures: The Turkey is Back 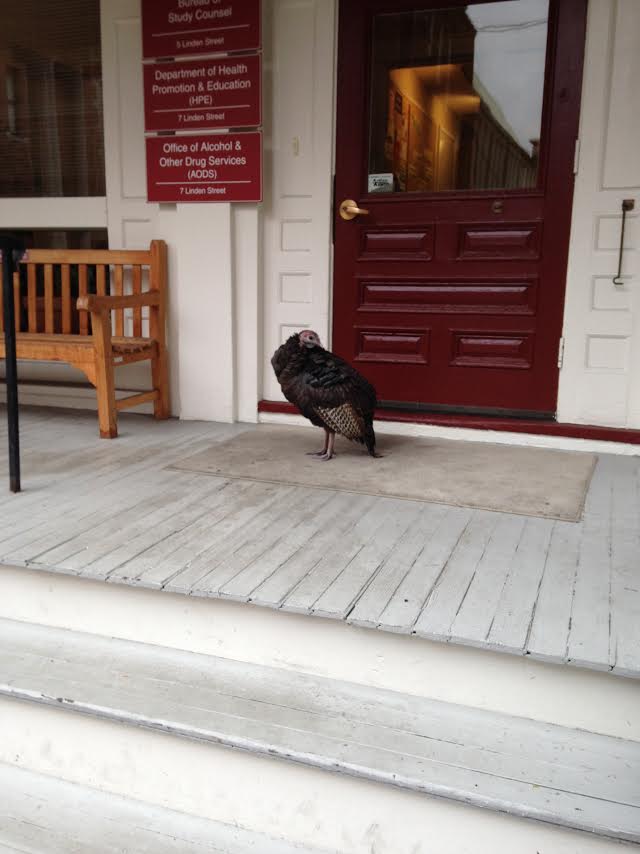 By Courtesy of Josephine U. Pucci

Guess who's back, back again

Turkey’s back, tell a friend

It’s officially that time of the year: the Harvard Square turkey is out on the streets once again. This is big news.

I saw it two days ago in the Adams House courtyard. After chasing it for a few seconds, it gobbled at me. I gobbled back, but the turkey was unimpressed and waddled away with purposeful vigor.

While the turkey isn’t quite ready to lay down classic hip-hop rhymes like Eminem, its own guttural, aggressive gobble seems to point to a bright future in the music industry.

I’m really confused about this turkey’s living habits. Where does the turkey go during the summer? It’s not like turkeys fly away (or waddle?) during the warmer months because Boston summers are too hot. And what about winter? Turkeys don’t hibernate or fly south during the winter either. So where does he/she/it go?

Such is the turkey’s cunning and sharp intellect...

The turkey is simultaneously the most popular individual on campus, appearing on my Snapchat feed at least five times each day, yet nobody really knows anything about this mythical creature.

Where does it live? Does it eat food that might get dropped on Mass Ave? Did it get punched by the Spee this year?