A Review of the Market in the Square, ft. Rigo 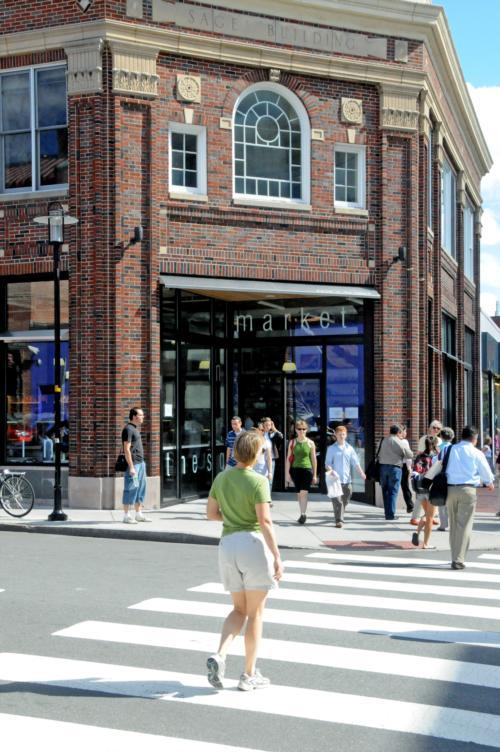 Up until junior year, I had never really bothered to pay the Market in the Square much attention. The place reminded me more of a grocery store where my hipster cousin would go buy his food for the week rather than a place where I would consider going for a midnight snack after studying or a night out. However, after countless outings to 60 Church Street at any time of the day (24-hour service, my friends) I can’t help but say that the Market is one specialty wrap away from your heart.

Head over directly to the deli where you will see a black menu with white and gold lettering with every possible combination of cold cut wraps, sandwiches, paninis, and salads. Thankfully, section has taught us to skim for the important stuff (or we just say TLDR) and my eyes landed on the natural beauty that is S9– the Grand Canyon. Preparation time takes around 5-8 minutes (scientific observations, everyone) but this goes by fast when you explore the items on the shelf.

The Market has a few tables and since I had no interest in going back to my stat pset, I grabbed a Nantucket Nectar and began to inspect the Grand Canyon. Fairly thicker than your Felipe’s burrito, the S9 was simply irresistible. The fresh tinge of avocado, the warm chicken with rich mozzarella, even the somewhat randomly wild cucumbers make a sublime combination. Each bite was only better than the last one and even though I tend to devour food like no other, I had to pause in between bites to fully savor the impressiveness of the Canyon. Perhaps a bit less Russian dressing would be better, since it left my fingers sometimes dripping with dressing. This small detail is however dwarfed by the mouthwatering creation that had disappeared in front of me.

The Market has become one of my favorite go-to eats and ranks amongst other casual restaurants in the Square. While it may be a bit pricier than other places, the assortment of items and the succulent specialty wraps are sure to make you come back for more.

Rigo is the guy that works the cashier from 7 p.m. to 7 a.m. almost every day. He became somewhat of a Snapchat celebrity about a month ago when I saw him hoverboarding (is that a verb now?) around the Market with some other Harvard students. “I have been working here for the past six or seven years now,” he tells me. “I had put a video of myself on the hover board and some of the guys in the College saw it and then came by to see if they could use it.” I ask him jokingly if he plans to rent it out to students, to which he laughs and says, “No, I don’t think so, but you’ll probably see me around 5 a.m. going around the Market on this thing.”

Indeed we will, Rigo.