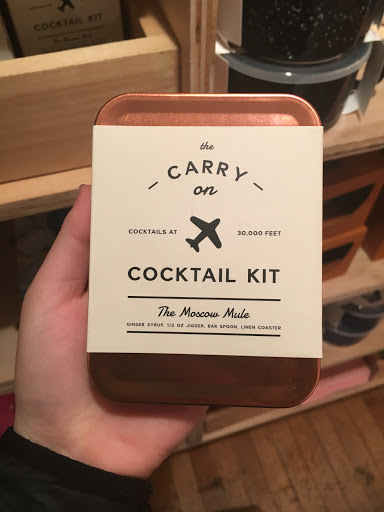 For the day drinker.

For the day drinker. By Trula J. Rael

It’s early December, finals are nearing, and holiday decorations have started to appear everywhere. It’s time for all of your annual holiday gift exchanges. While we all mean well, it's easy to get caught up in one too many things and all of a sudden you’re wrapped up (pun intended) in your blocking group’s Secret Santa and a White Elephant with some random club that you barely participate in. You’ve bought zero gifts. You have zero ideas. Lucky for you, Flyby has scoured the Square for the best last-minute gifts that will fool your friends into thinking that you have your life together.

Ah, the classic “under $5” gift exchange, where everyone ends up just buying a jumbo size bag of candy from CVS. This year, you don’t have to be that person.

Head to Black Ink and pick up a Sudoku Puzzle Cube...it’s a rubik’s cube and sudoku combined, which should temper their ego for at least a few minutes before they inevitably figure it out. $4.95.

For the person who might actually be five years old in the most endearing way:

Modeling Clay is fun at any age, and Black Ink can hook you up with a 24 color pack that is sure to make anyone smile, no matter how mature they may pretend to be. $5.00. 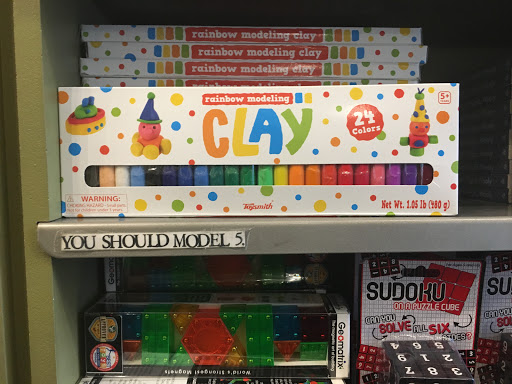 For the child at heart. By Trula J. Rael

For the person that you need to get a sweet/sophisticated gift for:

Urban Outfitters has tiny little succulent plants that are just waiting to be put on a desk in a trendy dorm room. $5.00.

Stepping it up a notch, now you have a big enough budget to actually get something reasonably interesting. But what?

For the person that you need to get a sweet//sophisticated gift for:

Cute (and sassy) mugs are always a good idea, and Urban Outfitters has got you covered. Take your pick based on the giftee between elegant rainbow duochrome glasses, sassy butt shaped mugs, or a variety of fun prints. $12.00-$16.00.

The Harvard Book Store sells a mini “Shakespeare Box Set” complete with an (abridged?) version of three shakespeare classics, all neatly packaged up with a charming illustration of the Bard himself. $13.95.

For the person who might actually be 5 years old in the most endearing way:

Decorating your walls and ceiling was a staple of many good childhoods. Inspire nostalgia in your dorm room with a Galaxy-In-A-Tin, which includes over 80 glow-in-the-dark stars and planets, from Urban Outfitters. $12.99.

Black Ink has an entire basket of “Holiday Special! Limited Time” very creepy plastic baby dolls. The perfect way to give someone nightmares disguised in the form of a physical gift. $10.00.

Ah, now the spending limit where you’re actually expected to get something great. The pressure is real, but so are these curated suggestions.

For the person that you need to get a sweet/appropriate/sophisticated gift for:

For your artsy, bookish friend, pop into the Harvard Book Store, and seek out the matted art prints which showcase literary-themed images constructed from the words of the novel they portray. Classy, smart, and perfect for boring dorm walls. $20.00.

For your friend who’s definitely 21 or older:

Urban Outfitters sells adorable/classy AF cocktail kits that include everything to make fancy cocktails except the alcohol, all wrapped up in a little metal tin that barely even needs to be wrapped. $24.00.

For the person who might actually be five years old in the most endearing way:

Take it back a decade or two and introduce your friend to their very own Chia Pet, courtesy of Urban Outfitters. They might be confused and a little disappointed, but they’ll grow to love their new friend! $24.00.

The Harvard Book Store has you covered with a book titled “This Will Make You Smarter,” just to mess with the mind of whoever is too convinced of their own intellect. $15.99. 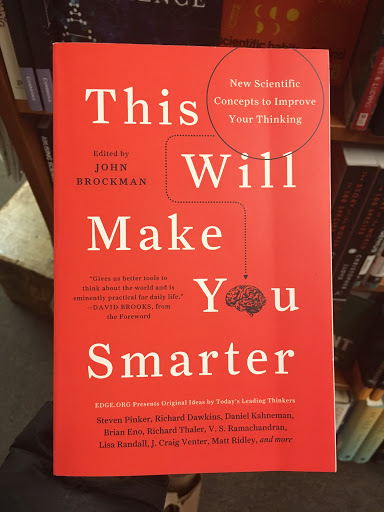 As you’re wandering the packed shelves of Black Ink, you may stumble upon a gumball dispenser filled with ping pong balls. Make a public scene in Black Ink when you camp out with a bag of quarters, and then sorely disappoint your giftee later when you arrive with a giant box that ends up being filled with no less than 100 ping pong balls. $0.25 each.