By Xavier A. Escobar • 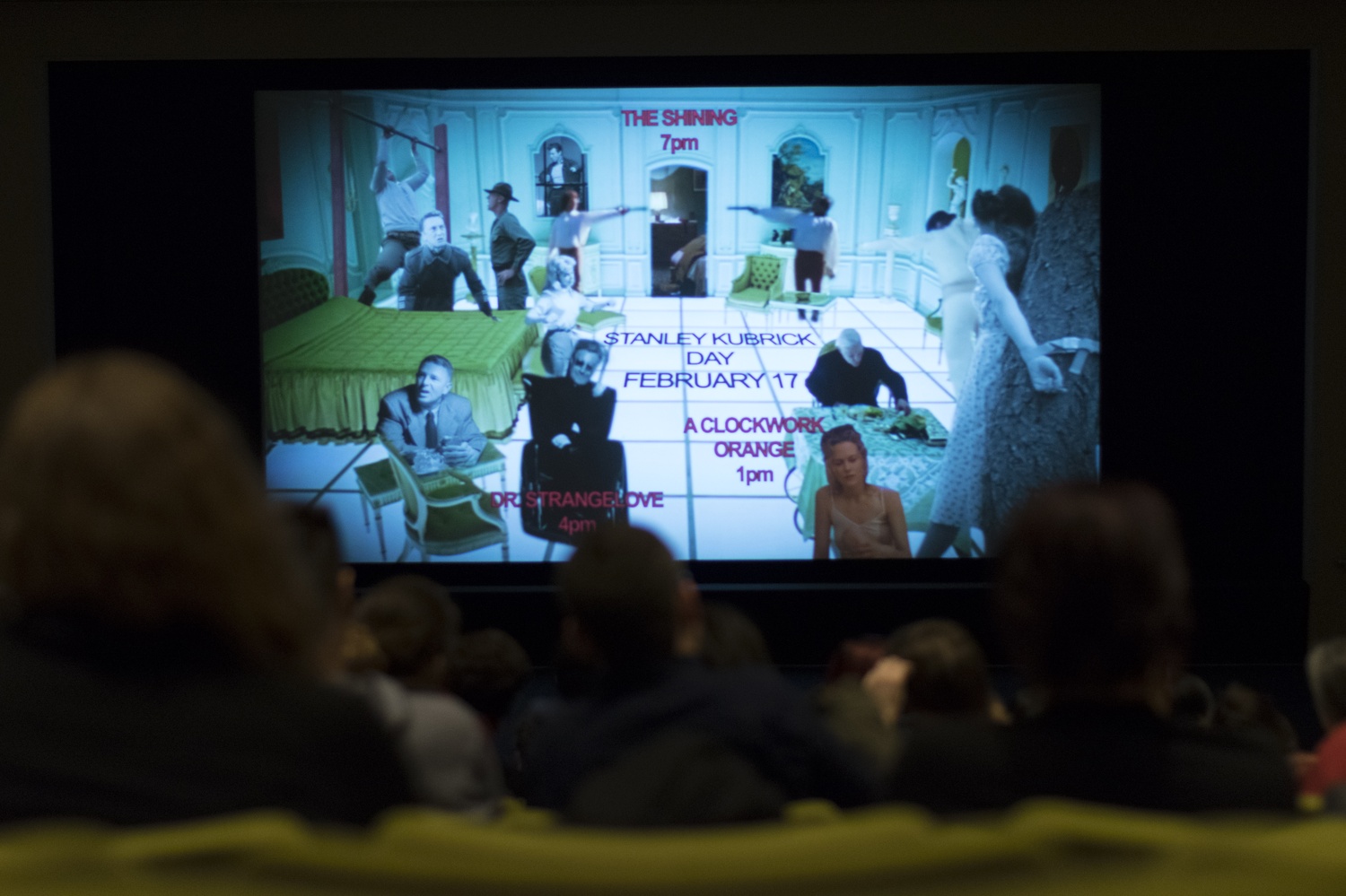 On Feb. 17, the Museum of Fine Arts hosted a Stanley Kubrick Day, screening three of the esteemed director’s most popular films—“A Clockwork Orange,” “Dr. Strangelove,” and “The Shining”—in a day-long movie marathon. Crowds of people participated in the event, either stopping by for a quick flick or spending their entire Saturday appreciating Kubrick’s work. This Roving Reporter spoke with several participants, ranging from casual moviegoers to die-hard Kubrick fans, to find out more.

Roving Reporter: What made you want to come today to the Stanley Kubrick event?

AZX: Well, I first watched one of his films about two years ago. It was “Full Metal Jacket,” and I enjoyed the movie very much. I thought he really grayed the line between what is right and what is wrong, and you know there’s a message there. But often times it’s hard to interpret what that message was. Because of its stimulating nature, I decided to come here and watch more of his work.

RR: Had you guys watched “Dr. Strangelove” before?

AX and JMA: No, first time.

RR: What did you think about it?

JMA: I thought it was really funny. It was a really interesting satire on the whole Cold War. I’m a big Kubrick fan. I found out about [the event] because [Alex] told me about it. I thought it was really cool that [the MFA] is having a Stanley Kubrick Day. This was my first time watching “Dr. Strangelove,” and this is definitely his most satirical movie as far as the ones that I’ve seen.

JMA: I think that Stanley Kubrick, what’s different about him than other mainstream directors of his time or even now is that he’s like—he has no boundaries in the sense that he’s not afraid to, like in the case of “Dr. Strangelove,” trash the entire Cold War and that whole thing. And I think that’s the case with a lot of his movies. He’s very out there with what he decides to do. Even like with “The Shining” where there’s like so much imagery there that other directors wouldn’t even try to do.

AZX: For me, I think it just goes back to that stimulation—that mental stimulation. What is the message he’s trying to get across? I think the movie that really stuck with me in that regard is “Eyes Wide Shut.” There’s many theories about it: Is it about the AIDS epidemic? Is it about exposing the Illuminati? Or is it exposing what reality really is? Is what’s going on in your imagination also real? And I think it’s that ability of Stanley Kubrick to make you think about what he’s portraying, about what he’s trying to put out there. That’s what keeps me coming back. And that’s what I think makes him unique.

RR: What do you think it is about Stanley Kubrick movies that stand out and make it so a museum is willing to allocate an entire day to screening his movies?

RR: What about his style?

EGK: He captures the dark side of humans without being in your face about it. So in all of his movies, the more alive part is the scenery, or the robot, or the nuclear missiles, or the guy who’s dropping the nuclear missile. Not just the people. And it’s abstract. There’s an abstract part of his movies that’s fun, but it’s also approachable. And it’s very ambitious, the stuff he likes to tell… Also, attention to detail, and just little things. Like [the titular character] Dr. Strangelove becoming more and more—as they go through the possibilities of what they’re going to do—getting more and more fascist. His hand’s becoming more and more alive. Like that’s great. That’s perfect.

RR: You said you only came to watch “The Shining.” Why is that?

ADD: Over J-term I did a Habitat for Humanity trip with my dear friend…who said that he really liked Stanley Kubrick. We came back from the trip and everybody really bonded, as one does, and we wanted to hang out. And when I found out about the Stanley Kubrick Day—specifically “The Shining,” (because “The Shining” was the one movie that came up repeatedly while we were on the trip) I was like, we have to go… So it was partially for reunion purposes, and partially for cultural purposes.

ADD: Oh! Yes, I have. Yea, I saw that movie very recently. In fact, I saw it at the end of last semester.

ADD: It was very weird. “The Shining” was a lot more—this movie really held your hand in that it was super easy to follow and know what was happening. In “2001: A Space Odyssey” I was like—what is going on? I watched it and was like, what is happening?

RR: Based on those two movies that you have seen, what do you think about Kubrick’s style?

ADD: I thought it was very pleasant to look at long shots in which Jack Nicholson is centered in a really symmetrical background. I liked that. I also liked the shots where [the camera] followed people. It felt like the way you feel when you’re following around an important person and you’re just like their assistant or their secretary or their scribe or something. I just liked the experience of being in the camera… You felt like you were smaller, shorter, less important and trying to catch up the entire time. That was not a central shot for the film at all but I just liked it, and I liked a lot of other shots in the film.

RR: What did you think about the MFA hosting it?