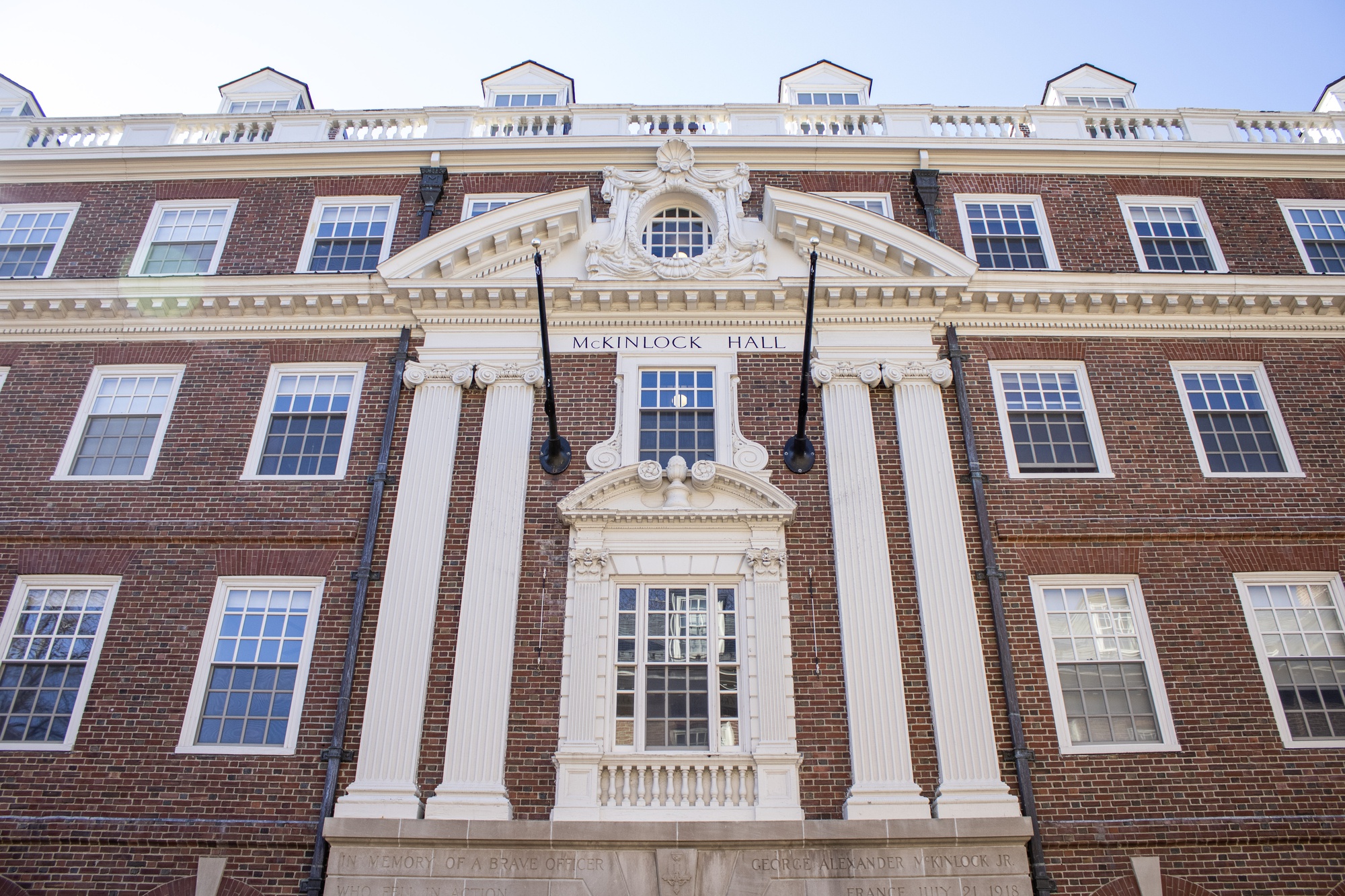 By Andrew Lu
Welcome to Leverett House, where the community is truly anything but average. Leverett is proof that bigger is always better. If you don’t believe us yet, take one look at their beautiful tower views!
By Akila V. Muthukumar and Choetsow Tenzin

Boasting the title of the largest House, Lev is full of bustling bunnies with lasting traditions led by a tight-knit House Committee. From the sophomore concentration celebrations to the huge senior dinner, Leverett is full of love to give and share for every class year. You’ll find yourself having to stop and admire Leveretts’s 14 story towers anytime you walk past, and you’ll likely be enticed into spending a good portion of your afternoon in their beautiful courtyard. 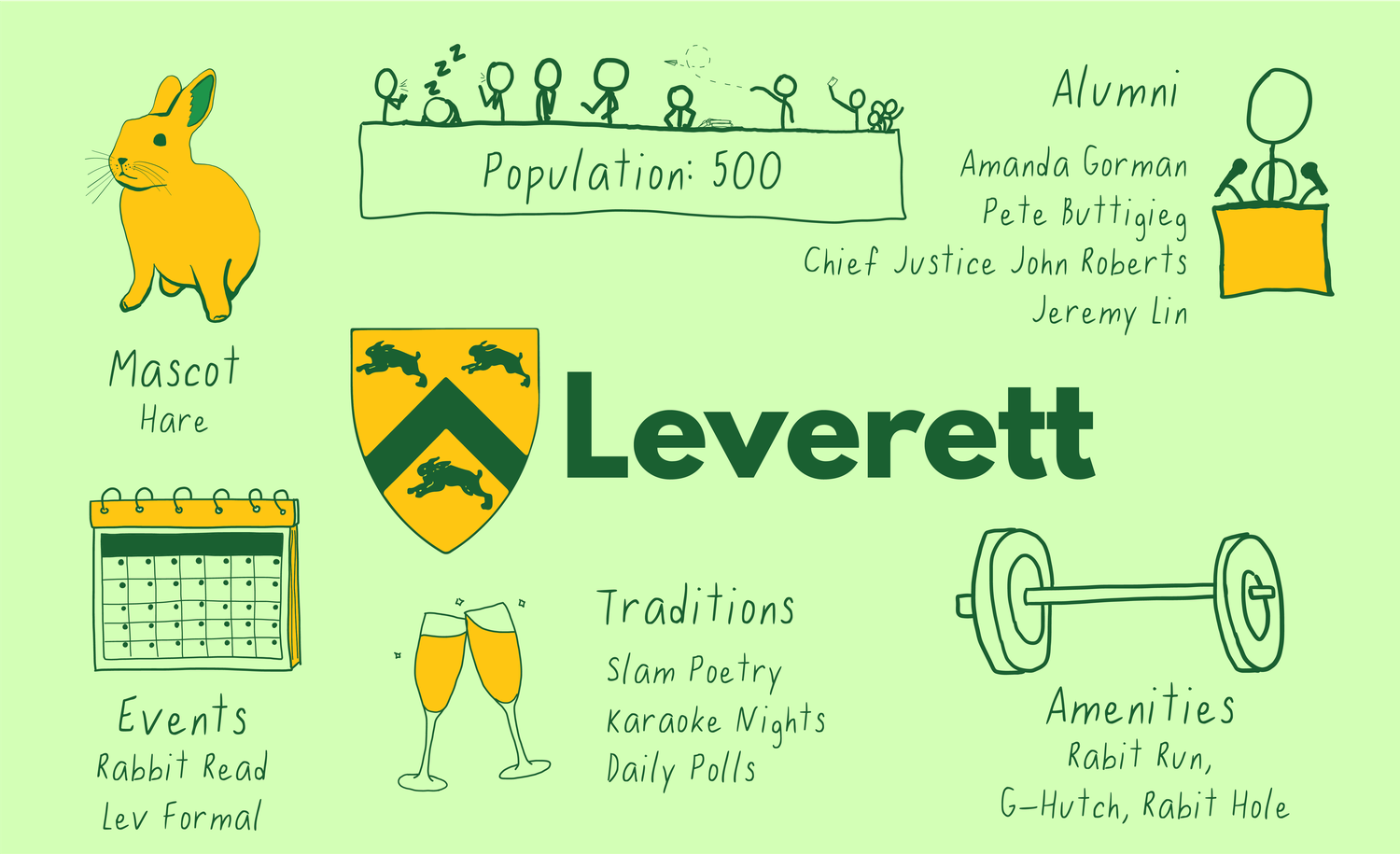 If you don’t already know someone in Lev, chances are, you will soon! Leverett is the largest House at Harvard and boasts a community that is just as spirited as it is large. The first thing you might notice about Lev is their love of their mascot, the hare. Fun fact: baby hares are called leverets, so Lev’s mascot is actually a pun!

Lev is all about frequent community events, from slam poetry to the interactive cooking series, Lev Loves to Cook, there’s usually something fun and engaging going on in the House during any given week. If you’re curious about the ~vibes~ of Leverett, look no further than their Housing Day videos. Their 2020 Housing Day video, set to Billie Eilish’s “Bad Guy,” came out just a couple of days before students left campus last March and was truly show stopping. From quips like, “Size matters, don’t you know?” to subtle flexes about their IM records, the video featured lots of bunny ears, bunny costumes, and people scaling traffic lights in a bunny-like way. Each year, Lev’s video only gets more creative and hype; if you’re sorted into this House, you could be the next star of the show. Former HoCo chair Riley E. “Liz” Hoveland ’21 describes the dedicated creators behind the video, Leverett’s HoCo, as family and noted that there is a unique tradition of chairs staying with the House Committee after their term. 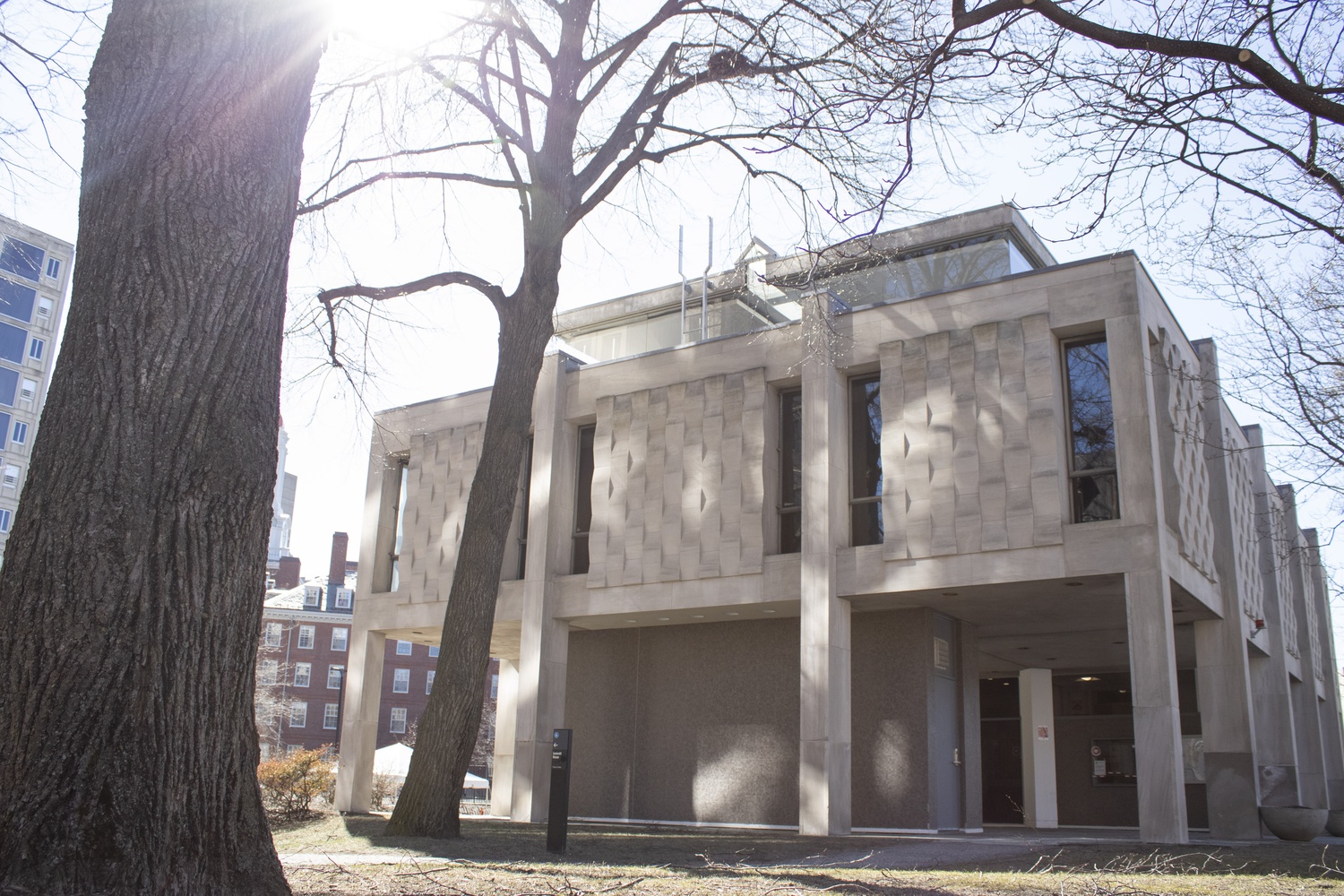 House faculty are full of Lev love, too! You’ll usually be greeted at Lev’s entrance by Paul, the building manager who is accessible and supportive. Hoveland shared a standout memory when she first learned about the great campus evictions of March 2020 while sitting in Paul’s office. She recalls being comforted by his presence when she was crying after the shocking news. Born and raised in Boston, Paul will make you feel right at home every time you enter Leverett. For freshmen looking to dive into their House’s community, there’s truly no better House than Leverett.

Although the virtual world has its challenges, Leverett has been keeping the house spirit alive with creative virtual events with free perks, like the Tea Club, which sends participants samples of different teas each month, or art workshops with materials furnished by the House. Hoveland dropped a hint of an upcoming event involving books, but wouldn’t tell us exactly what. Guess the future bunnies will have to let us know! If you’re the sorry-I-would-but-I-have-a-pset type, fret not! Lev also hosts “power hours” for bunnies that are procrastinating. “So, if you need to write that essay and you’re like me and get distracted by TikTok easily, it’s a good accountability space”, Hoveland says. Lev’s HoCo also has kept an active Instagram page (@LeverettHouse), which highlights students, pets, and faculty to keep followers updated on all things Lev during this remote year. 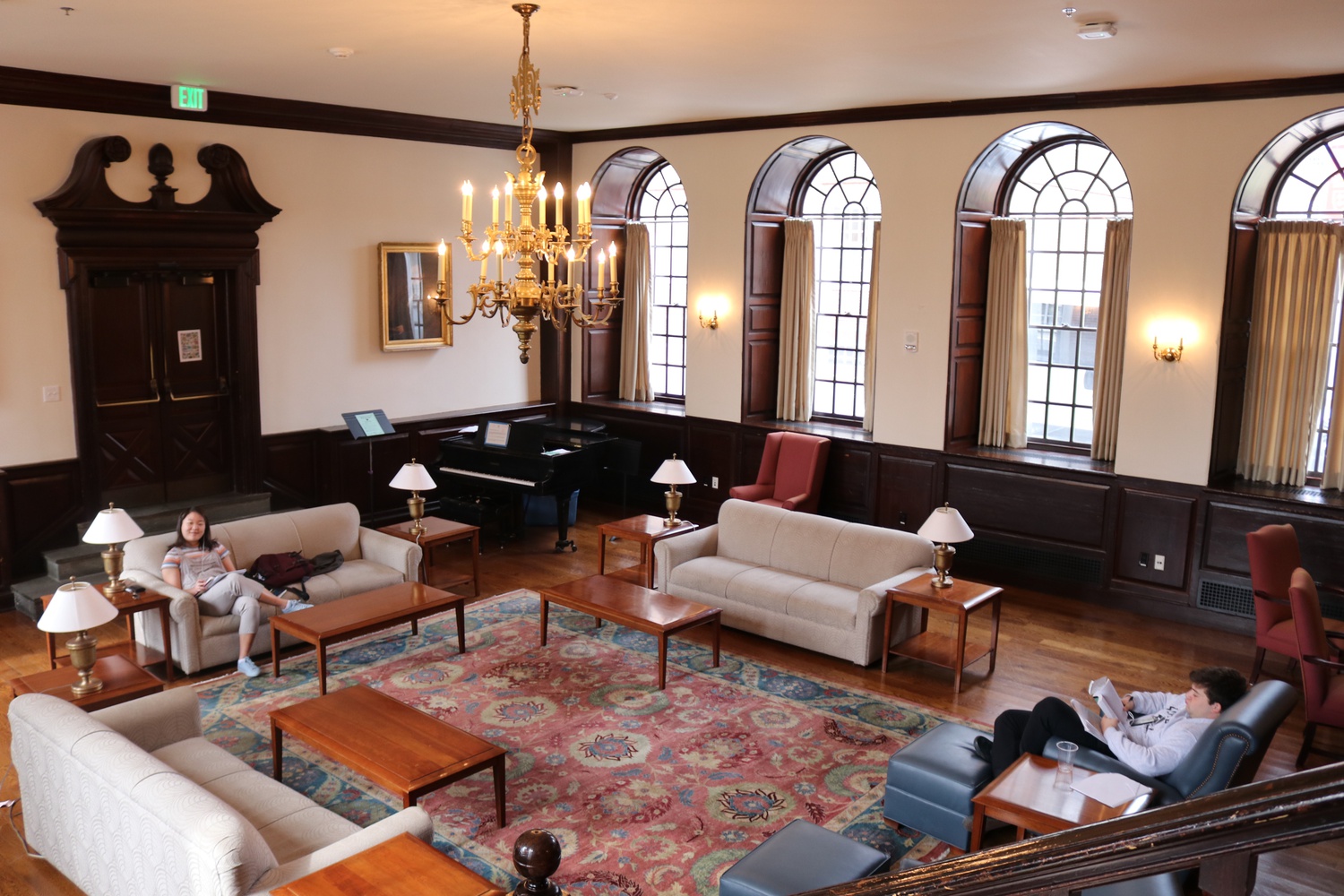 The largest House has no shortage of housing options for incoming bunnies! Sophomores are generally housed in the recently-renovated McKinlock Hall, the main Lev building that has the dining hall. Hoveland herself was housed in DeWolfe’s apartment-style housing during her sophomore year and loved having a kitchen to cook her own meals. However, she explains that the McKinlock set-up is also perfect for picking up meals and snacks during a busy week, since you can grab breakfast in your PJs without putting on any shoes on a lazy weekend morning (or when you’re running late to that horribly early Monday 9 a.m. class). 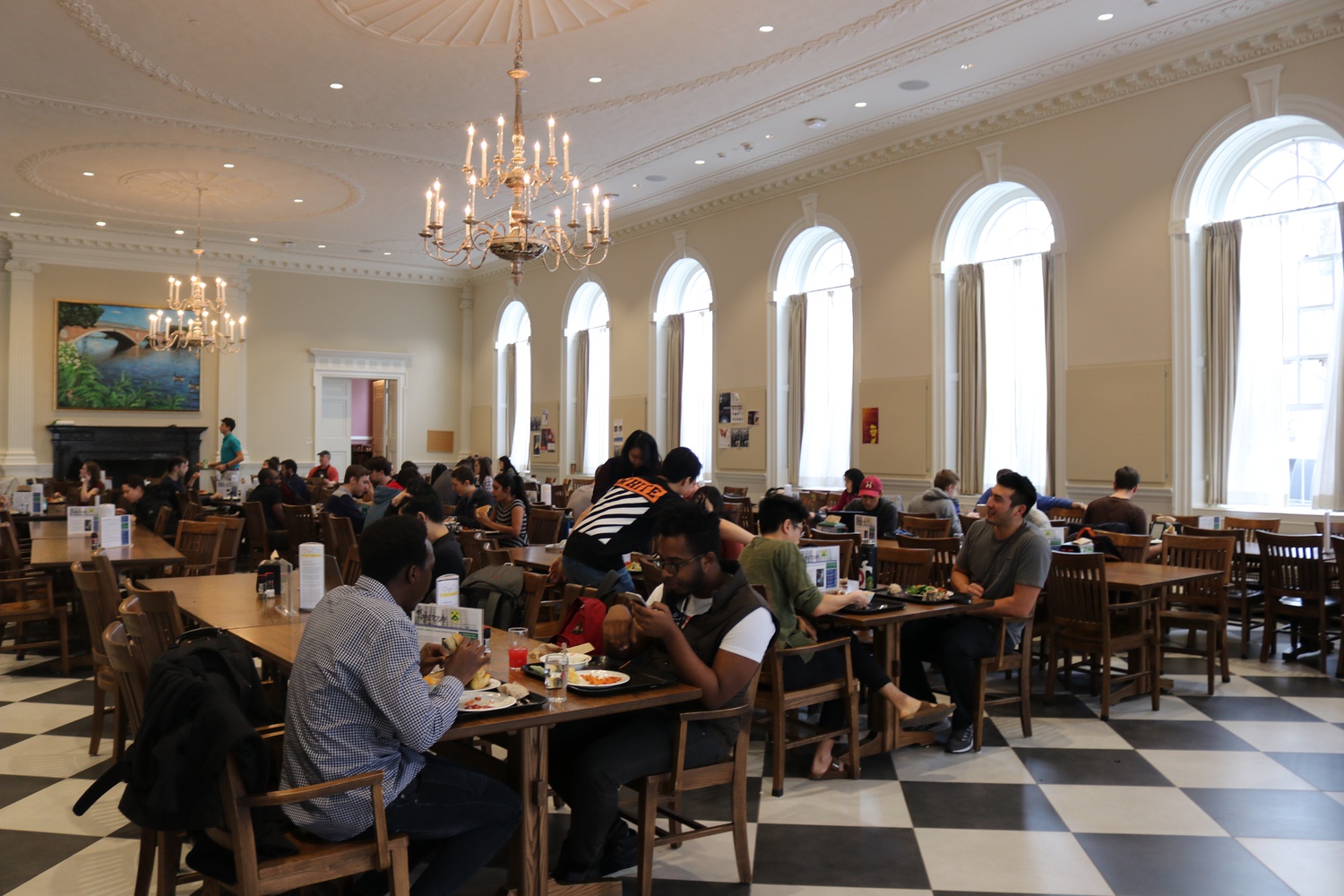 Juniors and seniors tend to be housed in spacious rooms with lots of singles in Lev’s towers. These are ideal for bigger blocking groups to stay on one floor together, instead of being split up like they would in many other Houses. If you have a large friend group, you’ll want to cross your fingers for Lev, because you just might be able to spend your time with all of them. The top floors are especially sought after because these rooms also overlook the scenic Charles with walls that are practically windows. New Leverites will also be pleasantly surprised by the hidden nooks and study spaces that dot Lev’s many hallways and rooms.

If all the amenities above didn’t already entice you to be a bunny, fear not. We asked the HoCo chairs those burning questions so that you didn’t have to. Get excited for your future House, full of fun and family:

LEH: “The tutors are amazing and the support system you have is unmatched. We have tutors who were in Lev as students 14 years ago and are still in Lev as tutors because they love it so much. We have a lot of families so you really get to watch the kids grow up … We have a lot of cute pets and some great dogs... If you want a family, a good support system, and an amazing alumni network, Lev is the place for you.

What do you think makes your House special?

LEH: The people who work at Leverett are the best people you will ever meet, from the HUDS staff, to Amy, our House administrator, to Katie and Kim, who are our resident dean and our academic coordinator, and Paul, who’s our building manager ... You get to experience these people, and you get to really, really get to know them ... When we were told we were getting kicked off [last spring], [Bon Lee, who swipes students into the dhall] was immediately like ‘I got to friend you on Facebook’ and wanted to stay connected! 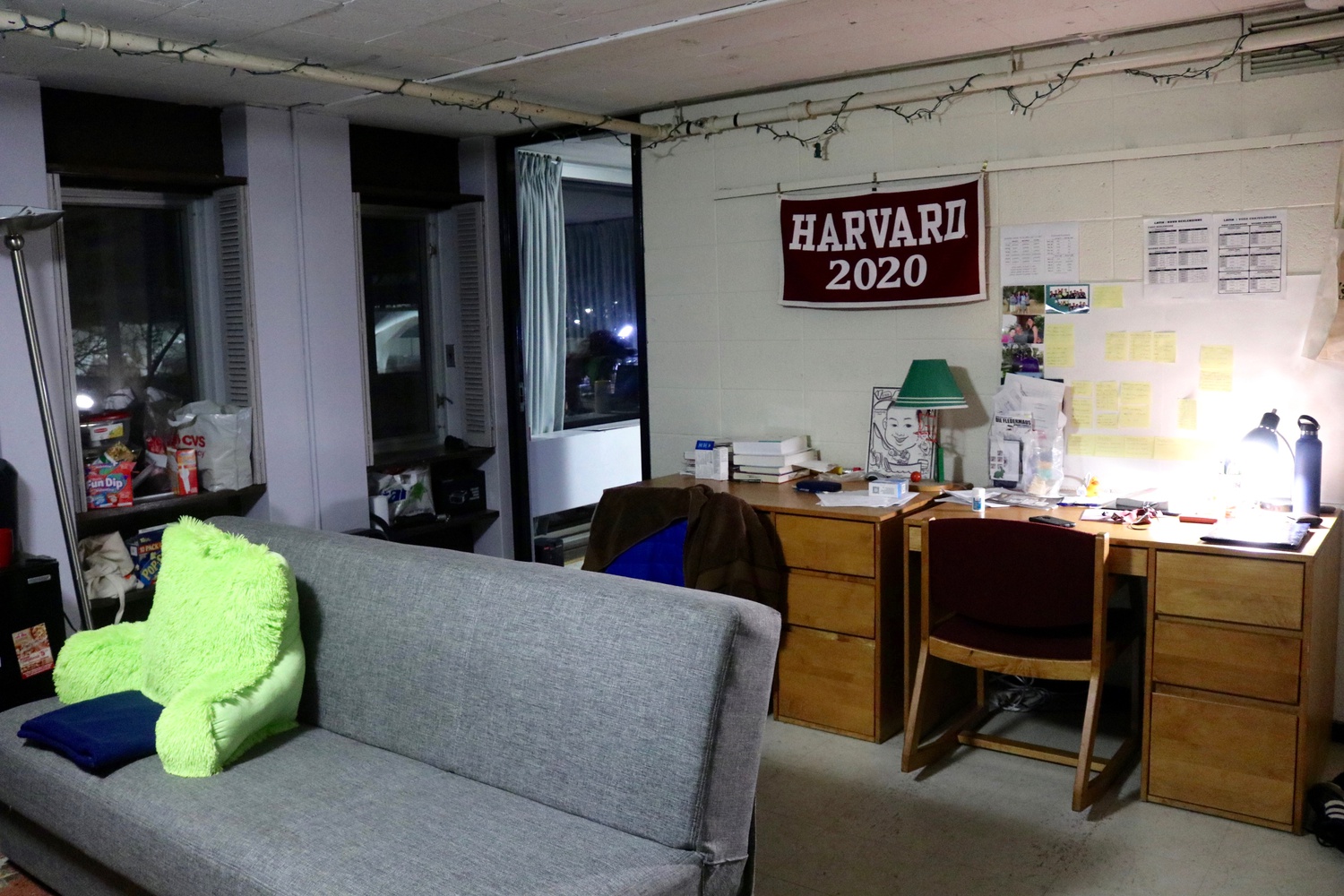 Biggest misconception about your House?

LEH: Everyone thinks Leverett is boring… honestly, people think bad about Leverett because they haven't experienced Leverett. Maybe on the outside it seems huge, like a ton of people, you don’t really get to know anyone… But if you actively put in the time to get to know people, you will be able to have amazing connections with everyone... There are people who have been working in that House for longer than I have been alive... Seeing other people love Leverett makes you love Leverett.

What Hogwarts House would your House get sorted into?

LEH: We’re Hufflepuff! I think we are the nicest people ... It’s a good House, you really just feel welcomed in and feel like you’re at home.