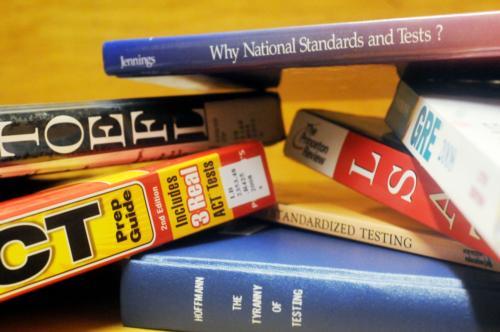 Another week, another round of college admissions news. Check back in next Friday for more!

AFFIRMING AFFIRMATIVE ACTION The Department of Education and Justice has taken an official stand in the argument raging around use of race in college admissions decisions. In a letter released on Oct. 27, the department vocalizes their support for universities and colleges looking to create and maintain a culturally and racially diverse student population.

RESEARCH TO ADMISSION Bard College is making all the headlines this past week by unveiling its new admissions policy: Write four, 2,500 word research papers worthy of a B+ or higher and you don’t need to worry about pesky things like grades, SAT scores, or glowing recommendations. Bard’s decision to turn its back on a more typical application is a direct result of a system “loaded with a lot of nonsense that has nothing to do with learning," says President Leon Botstein. Bard isn’t the only college with unorthodox requirements, but it does take originality to a new extreme.

WRITE IT OUT For the rest of those colleges that haven’t abandoned the good old college essay, HuffPo has some useful advice to get through the process. If you still feel uninspired, this author has some ideas to get the creative juices flowing that put the "fun" in functional.

SAT S-U-C-K-S Business Week has allied itself with high-schoolers nationwide in the fight against the dreaded SAT/ACT. While high-school opposition might stem more from the fact that the tests are typically held early on Saturday mornings, Peter Coy of Business Week has a more compelling argument, calling standardized tests "barriers" to higher education.

ACROSS THE POND Clearly the Times Higher Education magazine has got some stars-and-stripes envy. The London publication ranked U.S. colleges as seven of the top ten universities in the world. Caltech tops the list, with Harvard University and University of Oxford tied for second.