HRDC production of the 19th-century drama resonates and impresses 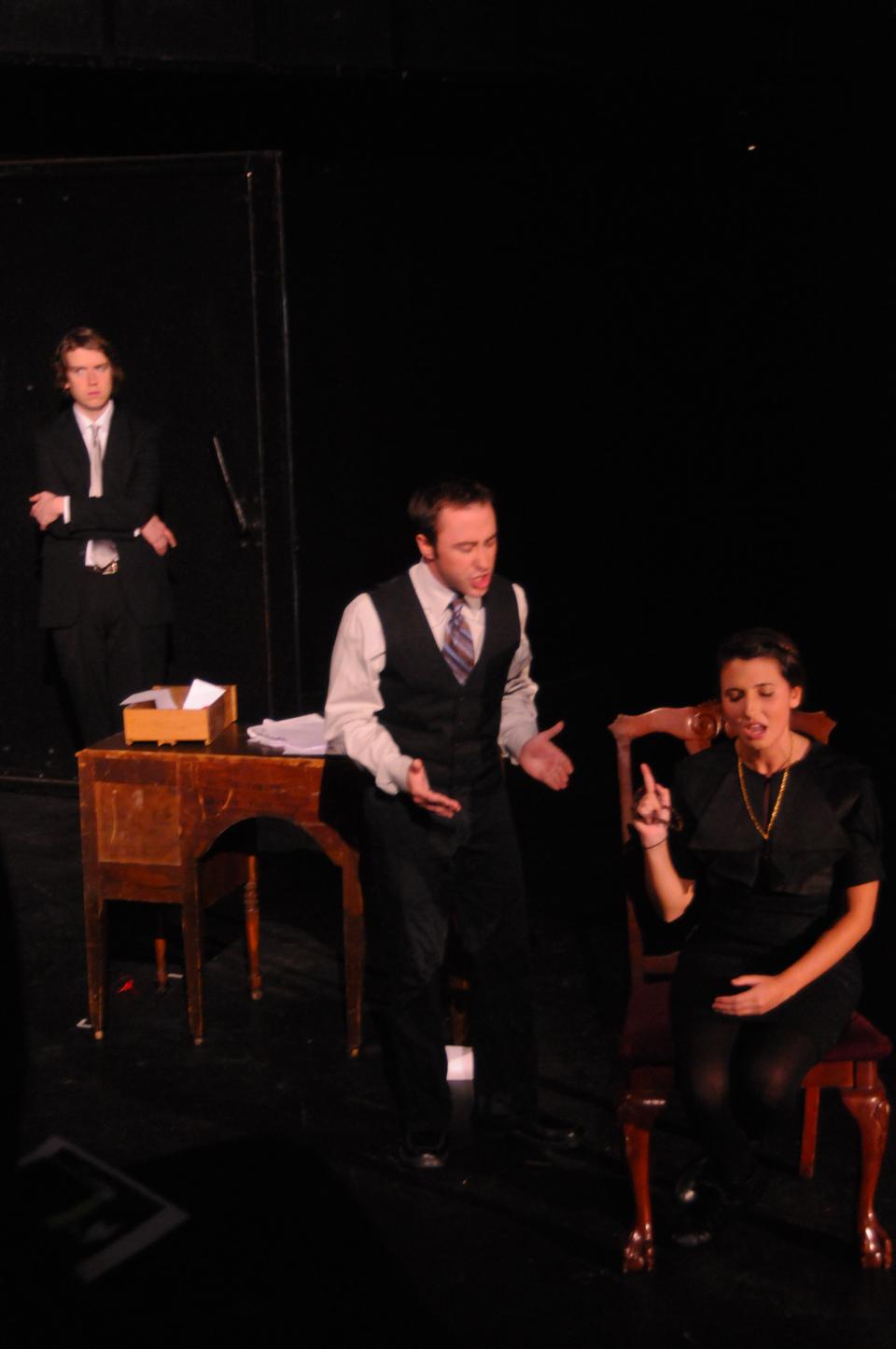 Experimental and Elizabethan elements are strange bedfellows, but in the Harvard-Radcliffe Dramatic Club’s production of Friedrich Schiller’s 1800 drama “Mary Stuart,” the two come together so brilliantly that one can only hope for more such fruitful unions. The plot is familiar due to its largely historical content, embellished as it was by Schiller. However, this latest rendition of the work effortlessly reconciles the gravity of the subject matter with a modern interpretation of the text.

The story is complex, and at least some prior knowledge of the power struggle that consumed the lives of the queens Elizabeth I and Mary Stuart is highly recommended—thankfully, the program includes a brief summary of the relevant historical events. There are some crucial differences between the play and the truth, the most notable being the fictional yet pivotal scene during which Elizabeth (Jacqueline J. Rossi ’12) and Mary (Rebecca E. Feinberg ’13) meet. While the encounter never occurred, this elaboration on the truth only serves to make the characters more relatable as human beings rather than objectified as static historical figures. An open knowledge that the play is embellishing the lives of real people gives an air of voyeuristic delight to the show—the shared secret that the performance is a peek into the private lives of royalty fascinates and renders the plot more open to psychological interpretation.

The audience is ushered into the Loeb Experimental Theater—where the play runs through October 16—entering a spartan black room with around only 50 seats, a nearly transparent white curtain, a table with a cross, glass goblet, and a pewter pitcher, and jazz music playing softly. A tragic and spare elegance pervades the space, but as the play begins it is starkly offset by the passionate acting.

The costumes, designed by Wendy H. Chang ’12, are for the most part modern. The men wear classic suits and the women contemporary dresses. Rossi is the most elaborately dressed, as befits her character—she is first seen draped in gold with one shoulder bare, a veritable Athena of the Jazz Age whose court is attended by the stunning and manipulative Lord Dudley, the Earl of Leicester (Felix L. Cook ’13). Cook’s British accent adds another layer of authenticity to his performance, and the casting overall is quite commendable. The actors seem particularly suited for their parts, such as Benjamin J. Lorenz’s ’14 portrayal of Sir Mortimer, the young nephew of Mary’s guard who attempts to rescue her from imprisonment. His youth and aura of innocence readily integrate into the character, whose naiveté is perverted into violent fanaticism.

The forestage’s bareness is offset by the comparative splendor of the English court at Westminster. The floor is painted gold and crimson with a single golden chair dominating the slightly raised platform from where the monarch rules. In a sea of black, a hand-fashioned neon Tudor rose looms behind her. Its frailty and gaudiness remind the audience of the uncertain claim that Elizabeth I had to the throne, and it serves as a souvenir of the violent War of the Roses, which resulted in the ascendance of the Tudor dynasty.

The dichotomy between Rossi and Feinberg’s essences is palpable—in contrast to the splendor of Rossi’s realm, Feinberg’s domain is bare, without any color but black and the somber brown wood of a writing desk and chair. However, the thin white curtain which separates the two worlds is diaphanous enough to serve as a reminder that although the women meet only once, each of their lives is haunted by the shadow of the other, that both are never completely free of the other’s gaze and scrutiny.

The most striking scene is their meeting, a moment in which the ingenuity of director James B. Danner ’12 truly shines through. In order to maintain the integrity of the production, the marvelous twist of this climax shall not be divulged, but Danner’s bold decision, though risky, is commendable and contributes to the complexity and uniqueness of the play. It is often difficult to make a 200-year old script breathe, pulsate, and resonate with a modern audience. Not only are the technical elements superb, the acting phenomenal, and the staging exquisite, but the entire play is a success because the complexities inherent in the script are elevated to new heights by the inclusion of such an experimental element.

A number of the play’s lines are particularly memorable, but one of the most haunting occurs when Feinberg, struggling against an overzealous Lorenz, utters, “Who will save me from my savior?” Entwining his fingers in her dark mane, his passion is raw, and Feinberg’s chilling fear resonates. Similar to this moment, the production as a whole is stunning in the most classical sense of the word—one cannot move or speak, only reflect and ponder the fate of the two queens.