Day or Nite, Yardfest Does Not Entertain 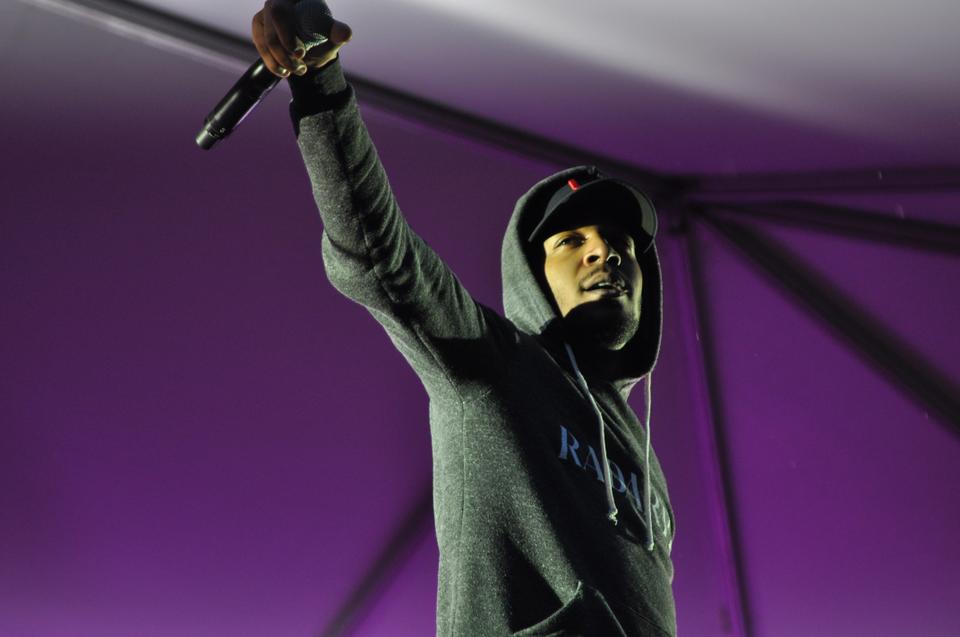 In recent years, Yardfest has featured artists who were bland (Sara Bareilles), out-of-date (Third Eye Blind), pleasingly out-of-place (Wu Tang Clan), and actually very good (Ratatat). By crowding this year’s bill with three acts, the Harvard Concert Commission and College Events Board (CEB) had the chance to bring in an even wider diversity of groups to entertain the campus.

Patrick Park, Wale, and Kid Cudi certainly each have their own styles and merits. Park’s gentle folk clearly sets itself apart from his hip-hop counterparts, although the latter two artists also differ vastly in style. Wale relies on flow and samples while Cudi lays down his own original, if less-innovative, beats. However, on Sunday all three artists proved incapable of consistently commanding attention, leaving this year’s Yardfest to be a rather stale and second-rate affair.

Perhaps the least disappointing of the three artists was Park, if only because expectations for him were so much lower. Park was an inoffensive and unexciting choice, and his late afternoon performance lived up to this billing. He has a pleasant voice, capable of conveying emotion without straining his voice to cloying effect. Standing alone on the stage, his unaccompanied guitar and vocals eased through a set of consistent and perfectly acceptable tracks. Nothing in particular stood out, and the only moment when the crowd truly became engaged was when CEB members rather disrespectfully started throwing out T-shirts in the middle of “Here We Are.” To his credit, Park played professionally and displayed a relaxed charm in his banter.

Expectations were much higher for Wale, and he did put on a better show than Park, although it was not as good as had been hoped for. His twilight set began extremely promisingly with Jay-Z samples and a stimulating light show exciting the audience in a way that Park never managed. Whereas Park merely tapped toes and exchanged glances, Wale at least made attempts to excite the crowd, with hand-waving, cursing, and the universal epithet “you know what I’m sayin’.” And although this didn’t single-handedly save the show, it at least made the set decently entertaining, while the other artists left the audience hanging.

Wale’s hour-long set dragged on for two or three songs too many, and though it began energetically, it felt like he could have better maintained the pace. “I haven’t done a show this sober in a year,” he told the audience at one point, and perhaps the deficiency of liquid courage explains why his performance dropped off towards the end. The rapper’s flow should not be overlooked; multiple unaccompanied verses by Wale exhibited his natural talent at the art. However, he seemed to fail at inserting this skill into his normal clip-filled songs or, more troublingly, knowing when to stop. His showman skills also failed him at the end of his set. Final track “Beautiful Bliss” petered out unspectacularly and Wale briefly exhorted his audience to follow him on Twitter before leaving the stage, providing an unremarkable ending to the performance. Nevertheless, Wale stood out, sandwiched between two even less remarkable acts.

Kid Cudi was the headliner of the bill and clearly the highest-profile act on display, but his equivocating performance failed to meet the pre-concert expectations. He was the undoubted musical highlight of the concert, but his performance failed to offer anything that could not have been experienced by listening to his album or mixtapes in the comfort of one’s own room. Cudi’s fast-paced beats did not translate well into conscripted, event-tent performance and, although the blinding light show impressively lit up the now-dark Yard, Cudi’s unenergetic body movement and overly-casual tone failed to ignite the show.

Cudi’s regular set ended with easily his most famous song, “Day ‘n’ Nite,” the perfect example of how his set failed to move beyond his recorded output. For the first half he performed the well-known Crookers Remix of the song, which perfectly reproduced the ample dance beats of the original, and little else. Other than a few shout-outs to his first album, the majority of Cudi’s set consisted of underground songs that he cited from his pre-fame mix-tapes. And while these tracks deserve merit, they were not what the audience had been waiting for. It must be said that in general, Kid Cudi does not have an extensive repertoire to speak of; his hit-list is easily exhausted. However, his biggest songs were rationed at odd and uneven intervals, which in many cases killed the show’s overall momentum. Cudi’s first exit was unexpected, and while his encore of hits, “Sky Might Fall” and “Pursuit of Happiness,” was welcome, it still served as the end to a short, predictable, and unenthusiastic show overall.

Cudi’s performance was the culmination of an event that never achieved any kind of liftoff. All three artists struggled to present a consistent and compelling momentum. Though Wale was the highlight, he still exhibited the lack of consistent energy that held the entire evening back. Despite having more artists than in previous years, this year’s Yardfest failed to stand out from the rest.