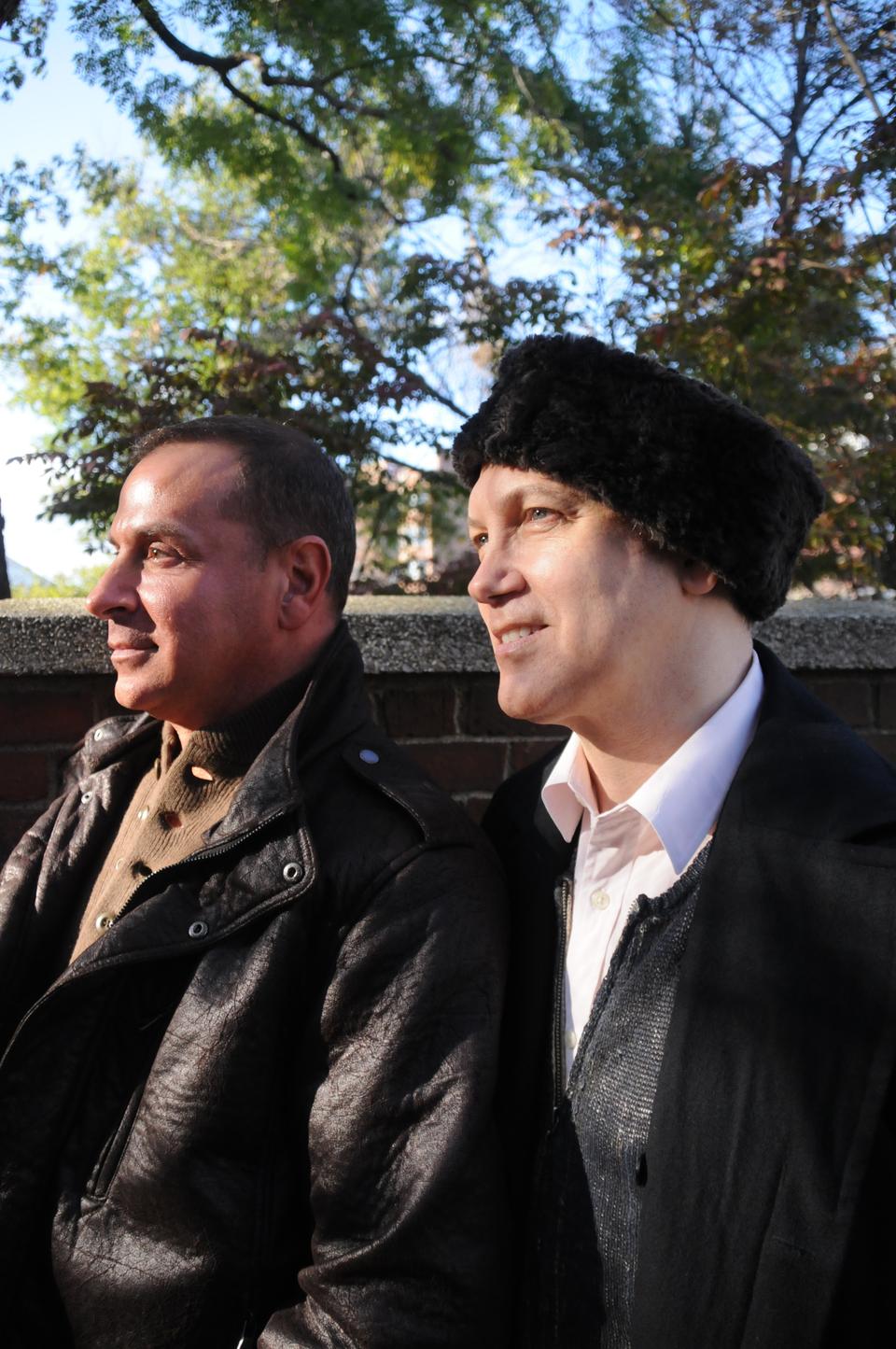 Matthew M. Lombardo and Charles L. Busch are featured in this week's Portrait of an Artist
By Bryan S. Erickson, Contributing Writer

Award-winning playwrights and friends Matthew M. Lombardo and Charles L. Busch were a dynamic pair in their lecture last Friday at the Loeb Drama Center. Sponsored by the American Repertory Theater and the Moscow Art Theatre, the two artists spoke with Harvard students about how to cultivate a career in the world of theater and the parallels in their current work. Busch’s “Vampire Lesbians of Sodom,” which ran for five years, is one of the longest running plays in Off-Broadway history; his work “The Tale of the Allergist’s Wife” received a Tony Award nomination for Best Play. Lombardo is the author of Off-Broadway hit “Tea at Five,” starring Kate Mulgrew, and Broadway hit “Looped” starring Valerie Harper.

This season, both artists are presenting shows in Boston that portray the lives of nuns, but through vastly different perspectives. Busch’s new work, “The Divine Sister”—which is running at the Calderwood Pavilion until November 19—takes a comedic perspective on Hollywood’s portrayal of nuns. Lombardo’s new work “High”—which will run from December 6 through 11 at the Cutler Majestic Theatre—stars actress Kathleen Turner. She plays Sister Jamison Connelly, a nun whose faith is tested when she serves as a rehabilitation counselor for a young drug addict. The Harvard Crimson interviewed both artists after their lecture to learn more of their friendship, and the depiction of nuns in their newest works.

The Harvard Crimson: How did you two first meet?

Matthew M. Lombardo: In a bathhouse in San Francisco.

Charles L. Busch: Actually, I think we met in a hot tub in L.A. But I don’t recall.

MML: He doesn’t recall, but it was the San Vicente Inn in West Hollywood, California.

CLB: It was a somewhat loose gentlemen’s hotel of ill repute.

MML: Actually, it so happened that [Busch] was showing the play “Die, Mommie Die” at the Coast Playhouse [in West Hollywood], and my play—“Mother and Child” with Ann Wedgeworth—was following his. So we were staying at the same hotel—and that’s where we first met.

CLB: Then just a year ago, when I was doing “The Divine Sister” in New York, [Lombardo] and I connected again through a talented director named Robert Ruggiero. Matthew was working with Rob and I knew Rob socially. They both came to see “The Divine Sister,” and we went out to dinner afterwards. We hit it off again, like a house on fire.

THC to CLB: Though “The Divine Sister” is a comedic take on the Christian tradition, does your portrayal contain a deeper meaning?

CLB: I’m Jewish [but] I was really raised with no religion at all—so my only awareness of Catholicism is through the movies. [“The Divine Sister”] is not [a] satiric indictment of the church. Though I may make some satiric jabs, what I am really doing is celebrating the excesses of Hollywood’s treatment of religion over the past 75 years. Along the way, I do make some points about latent anti-Semitism in the Catholic Church and their feelings about gay issues, but the basic point is that I am making fun of Hollywood religiosity.

THC to MML: Many of your most famous plays portray iconic women, Katharine Hepburn in “Tea at Five” and Tallulah Bankhead in “Looped.” Why did you decide to write about the fictional nun Sister Jamison Connelly in “High”?

MML: Well, I got the reputation of writing light, fluffy comedies. After having gone through a seven-year, harrowing crystal meth addiction, I felt that I was a different person—a different writer than I was when I wrote [“Tea at Five” and “Looped”]. The life experience [of the addiction] was gnawing at me to get out, so I wanted to write something very different [and] very personal. I wanted to expose myself as a writer like I never had before. So [in writing about Sister Jamison Connelly] I wrote a play about the challenges of addiction, alcoholism, and enabling.