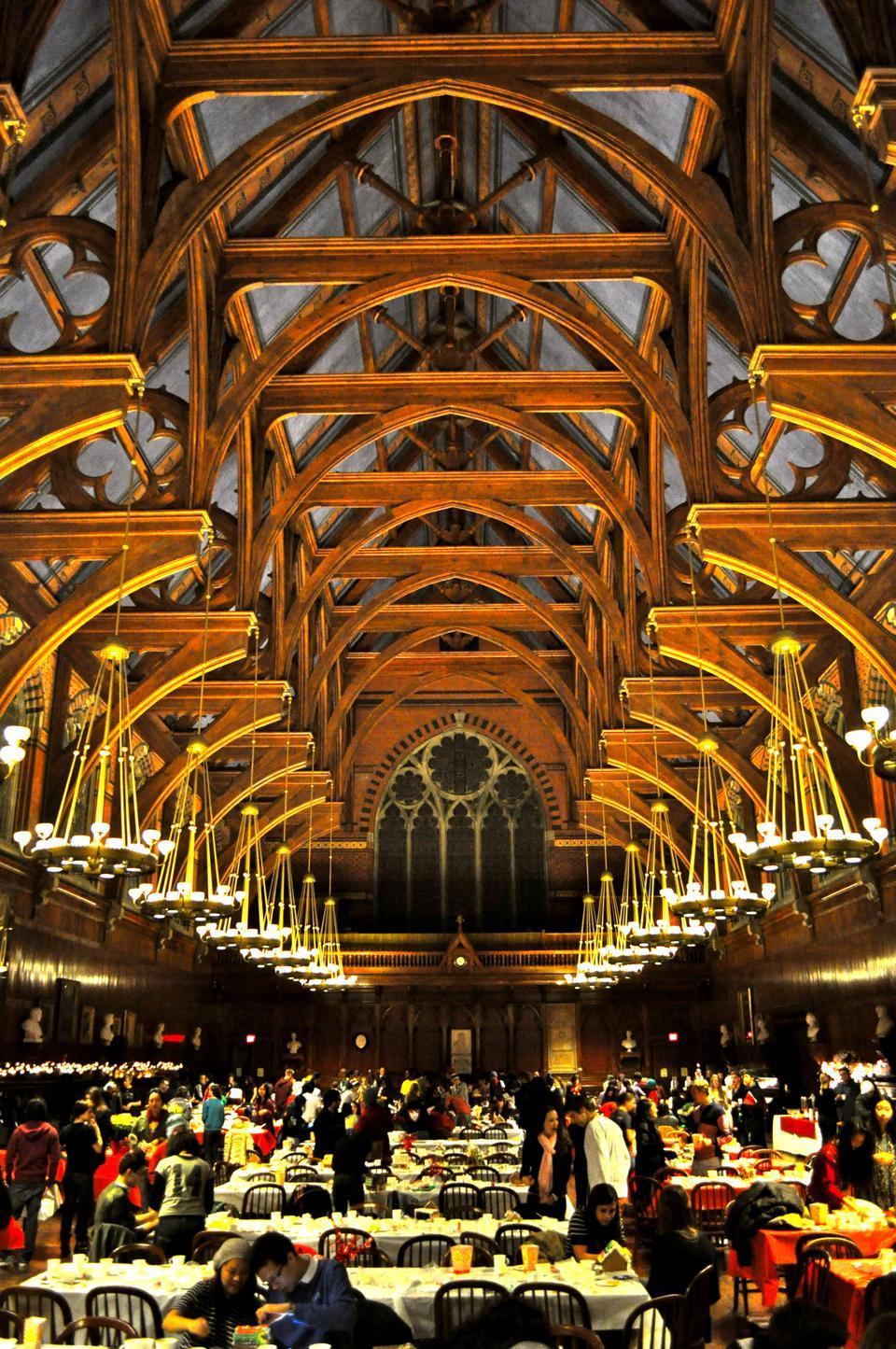 There is a pig living in the kitchen at Annenberg Hall.

But this pig doesn’t oink or roll in the mud. Instead, it spends its day grinding leftover food and napkins.

On Saturday, seven students discovered the mysterious identity of the pig during the Annenberg Kitchen Facilities Tour, which provided an opportunity for freshmen to glimpse what goes on behind the scenes of their dining hall.

‘The pig’ is actually a nickname for the Somat food waste pulper and hydra extractor, according to Customer Service Manager Renee N. Soluk. This environmentally friendly equipment collects all organic waste from the kitchen and grinds it into a slushy mix, according to Soluk.

The hydra extractor then dehydrates the slurry mass to make a dry, odorless pulp for composting, which is packed into a bin and sent to a nearby pig farm to be used as animal feed.

As the students, who were selected on a first-come, first-served basis, entered the Annenberg kitchen, Soluk pointed out the stainless steel ovens for baking the multigrain margherita pizza, the fryer for cooking popcorn chicken and golden nuggets, and the skillets for sautéing julienne vegetables.

The tour exposed students to different parts of the kitchen facilities, including a walk-in refrigerator—which is bigger than many dorm rooms and stocked with gallons of milk, bottles of salad dressings, and tubs of cottage cheese.

It also featured a walk through the open kitchen where the Harvard University Hospitality and Dining Services staff prepares hundreds of bagged meals every morning.

Soluk said the dining staff places emphasis on safety procedure, constantly monitoring and measuring the temperature of food and changing utensils to maintain the sanitation of the dining hall and limit the amount of exposure to bacteria.

Soluk said although each House has a kitchen, they are “not as large as the one at Annenberg because they don’t serve 1,600 people.”

Inspired by the great halls of Oxford and Cambridge Universities, Annenberg, built in 1874, initially served as a gathering place, Commencement location, and exam hall until 1994, when it was converted into a dining hall for freshman. The 9,000-square-foot Annenberg seats about 600 students in its custom-made tables and chairs.

As a freshman-only dining hall, Annenberg enforces its strict restrictions and only allows upperclassmen to dine there at breakfast for most of the year.