Portrait of an Artist: Julia A. Rooney '11

VES concentrator Julia A. Rooney ’11 explores the artistic boundary between painting and architecture 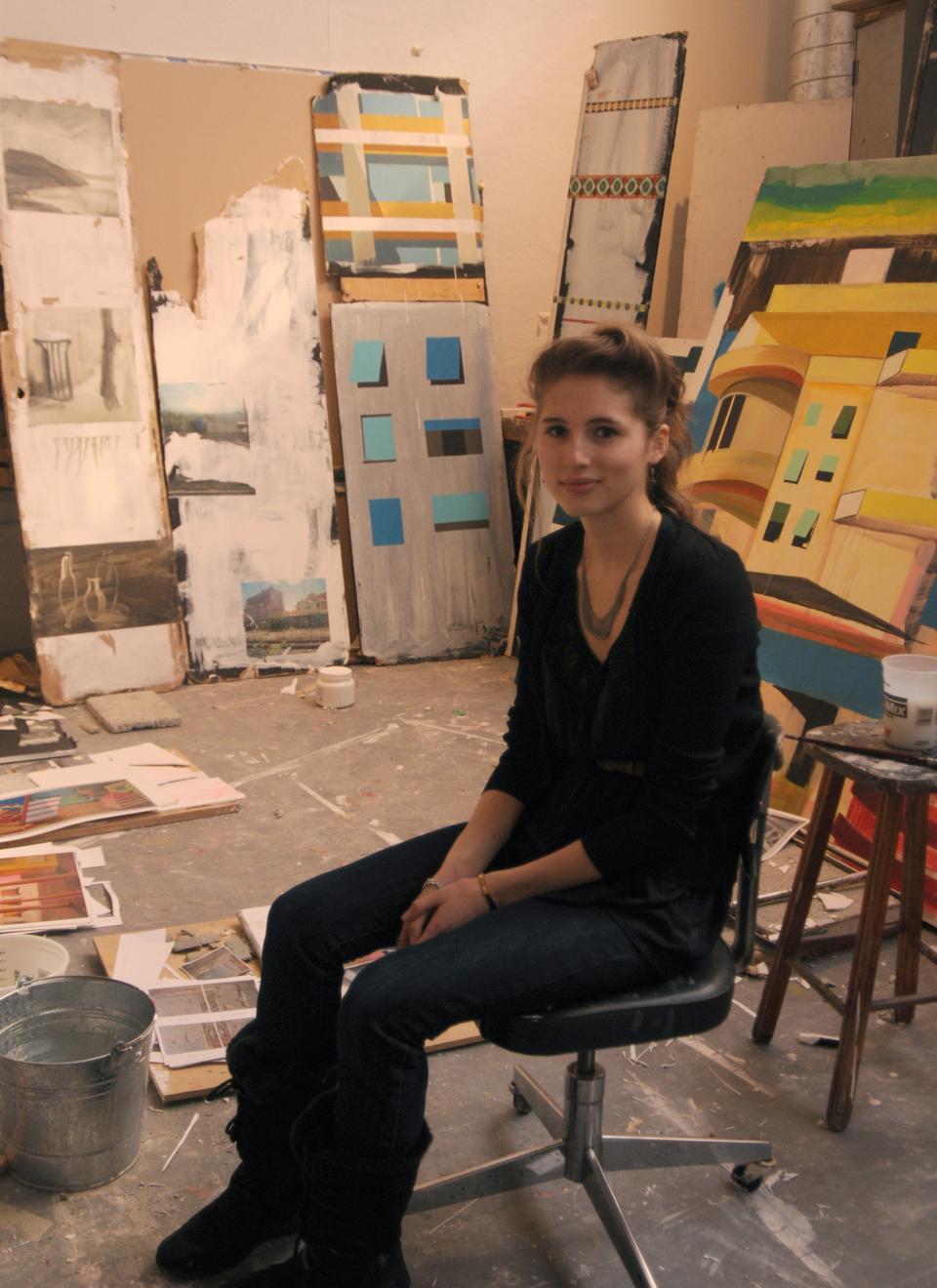 VES concentrator Julia Rooney '11 sits among a small selection of her paintings in her Linden Street studio space.
By Valentina Tkachenko, Contributing Writer

Julia A. Rooney ’11 is a senior Visual and Environmental Studies (VES) concentrator in Mather House. She is currently working on her thesis project, a series of mixed-media paintings inspired by her time in Italy.

The Harvard Crimson: When did you first become interested in art, and painting in particular?

Julia A. Rooney: I went to LaGuardia High School in New York City, which has a studio art focus, and emphasized building a foundation of technical skills. When I came to Harvard, I was not sure that I wanted to continue on that track—I wanted to go to a liberal arts school, not a fine arts program. Then I realized that the VES program offers more of a conceptual framework than was present in the studio classes I took in high school.

THC: Do want to work as a professional artist after graduation?

JAR: I would like to make a living as an artist, hopefully. I obviously see that compensated by all kinds of things along the way—teaching, bartending, and doing any number of jobs which will not keep me confined to one place, or keep me in an office.

THC: What inspires you? Specifically, what gave you the idea for your thesis collection?

JAR: I guess it started freshman summer, when I spent two months working as a researcher-writer for [the Harvard-based student travel guide] Let’s Go! in Italy. When I was there, I had no creative impetus, which is surprising, because Italy is the country of artistic heritage. But it was such a fast-paced job that I had no time to delve into anything there. The artistic processing came in the aftermath, in the following year. I have returned to Italy for three summers now, to rehash everything that I’ve seen and experienced there.

THC: Can you tell me more about the project?

JAR: It primarily deals with painting, but I’m also interested in architectural spaces and paintings that are not just hung as canvases on a wall, but which also exist on other surfaces, such as panels, sheetrock, or wood. I see the paintings as artificial fusions and artificial spaces that I am creating, and the wood and the tiles are the deconstructed elements in those paintings. I imagine these elements existing side-by-side in an installation, so that these actual, physical objects inform the things I am representing in the painting. Italy, in a lot of ways, doesn’t make sense; it is a smorgasbord of different things which cannot be seen in a linear fashion. There is something which resonates with that kind of conglomeration, something which is pluralistic and not chronological or conventional, and that informs my practices as a painter.

THC: When can people look forward to seeing the installation?

JAR: The thesis show is April 28.  I imagine some of my paintings as somewhat contrived,  artificial, and almost gaudy or bombastic. On the other hand, some of my works have  strong architectural elements, such as panels which are eight feet high. These are on sheetrock, which is this beautiful, symbolic material to me. Sheetrock is like plaster, so it is like a frescoed surface. It is soft and it absorbs the paint in this beautiful way, but it’s also everywhere as a ubiquitous, cheap material that’s used in everyday modern structures. In the past, painting was never just on canvas; only during the Renaissance did painting become the practice of applying oil paints to canvas. Before that, paint was used as a decorative material, to create space; it was used on walls and objects.

THC: What message do you hope people will take away from the installation?

JAR: I hope that they see a correlation between the painted image and the object which I am placing next to it, and that each can be appreciated and understood in its own right. The final product is a presentation of space which doesn’t fully make sense, and I would like for that narrative to be conveyed. I want to viewer to come away with the understanding of a place as necessarily disjunctive and multi-sensory.