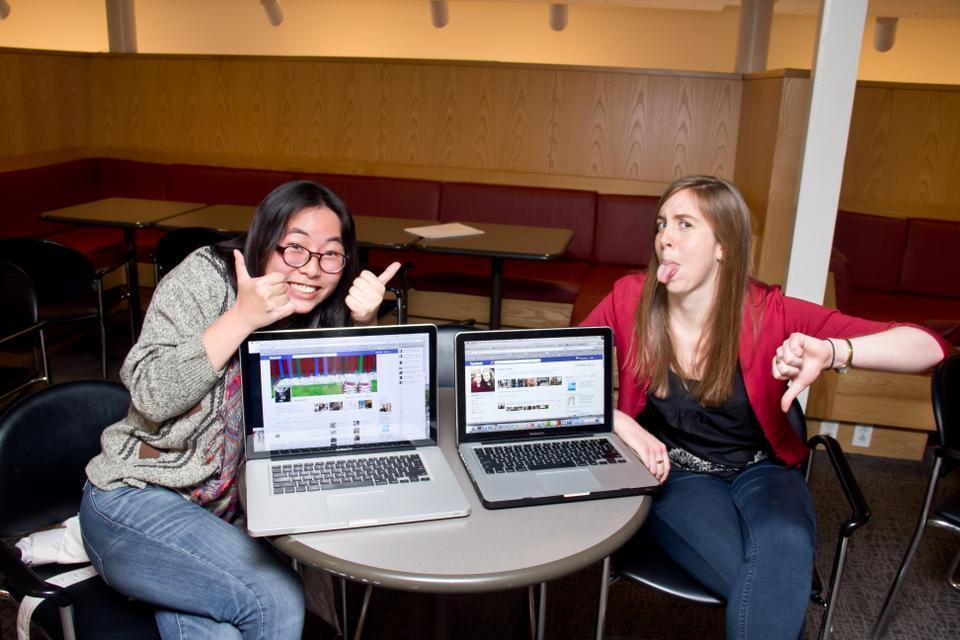 Pictures of eighth grade me do not need to be one click away. However, like a living record of shame, ...
By Ginny C. Fahs

Pictures of eighth grade me do not need to be one click away. However, like a living record of shame, Facebook timeline allows anyone to see those crooked braces and outfits gone wrong in an instant.

My Facebook has always been like that spare drawer in the bottom of my desk. It’s a place where I store odds and ends that I might need to dig out of obscurity later on. With timeline, my Facebook profile is a perfectly chronological scrapbook; pages exposed for all my friends to see. Now that they can browse through my life like it’s a girly magazine, I’ll need to put effort into curating my aesthetic project. It’s a type of social engineering one would expect from a fascist dictator who roots out anything that deviates from convention. Goodness gracious.

Finding one profile picture can be trouble enough. I need a photo where I have two eyes open, a pseudo-symmetrical smile, and an acceptable friend to stand next to (three things that rarely occur at once). And now, with Timeline, I need to do that twice because of the whole “cover photo” innovation. The only other option is a hokey landscape shot of rolling hills or the beach or something, but I don’t even have time to venture outside because my Facebook now requires constant attention. What a bummer.

We all know that Facebook timeline is inevitable and changes to Facebook are almost always poorly received. But this time, it’s too much too soon. I’m not ready. And so, as F. Scott Fitzgerald would say, we beat on, boats against the current, borne back ceaselessly into the past. But don’t worry, now you can see all of mine with just a few easy clicks.