From 'Cloud Atlas' to 'Butter' 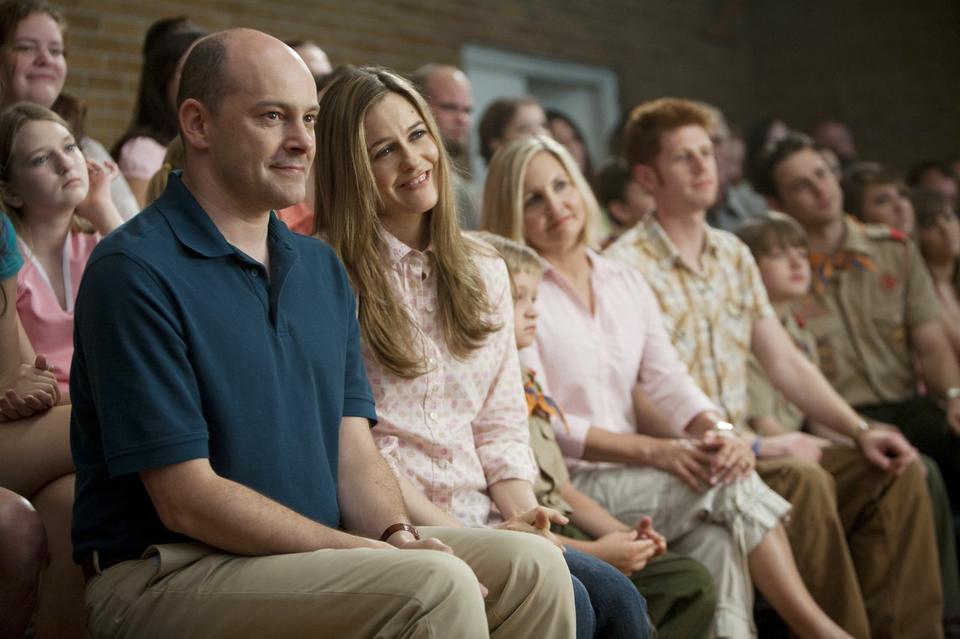 In an election year, it’s not surprising to find political satire in the movie theater. But what you might not be expecting is a film that mixes political caricature, cutthroat competition, and saturated fat. Hence, “Butter,” a movie that stars Jennifer Garner as a small-town, conservative Iowan housewife hell-bent on keeping an adopted young orphan (Yara Shahidi) from winning gold at a Midwestern butter-sculpting competition. Directed by Jim Field Smith, who previously directed the 2010 film “She’s Out of My League,” this film already generated buzz when its production company invited former Republican Presidential contender Michele Bachmann and members of the Tea Party to co-host its debut in Iowa. Olivia Wilde, Hugh Jackman, and Ty Burrell also star in this raunchy, polarizing comedy. One hopes the satire is as cutting as a hot knife through—well, you know.

Leaving his “High School Musical” days behind, teen heartthrob Zac Efron stars along veteran performers Matthew McConaughey and Nicole Kidman in the upcoming drama, “The Paperboy.” Based on the eponymous novel by Pete Dexter, the plot follows a reporter (McConaughey) and his brother (Efron) as they attempt to vindicate a man facing the death penalty for a brutal murder. Kidman plays the foxy southern belle Charlotte Bless, who attempts to bring the alleged murderer (John Cusack) to justice. Judging by the trailer, we should not only be expecting an intense performance from Kidman, but also an opportunity for Efron to use the gritty, visceral plot in order to grow as an actor in a new, more mature, role. And ultimately, working in the film’s favor is the fact that director Lee Daniels is no stranger to adapting novels to the big screen such as the well-recieved 2009 film “Precious.”

Those who like bloody, gritty, and profane dramas like “Silence of the Lambs” and “Bellflower” will probably enjoy this film. However, even skeptics of horror films may be lured into seeing it—97% of Rotten Tomato responders plan on going—because of Brad Pitt, who stars as a charismatic thug. Pitt, who has teamed up with director Andrew Dominik before in “The Assassination of Jesse James by the Coward Robert Ford,” plays a professional enforcer who ends up playing detective when a heist goes badly. Like his previous film, Dominik has based “Killing Them Softly” on an relatively obscure 1974 novel by George V. Higgins entitled “Cogan’s Trade,” which he picked up at a second-hand bookstore. However, if the movie proves as confusing and circuitous as the trailer, then prepare to get lost (remember, there is no stop and rewind option in the theater). Putting the action and violence aside, the remaining five percent of the movie looks promising thanks to stellar shots of New Orleans and witty dialogue, delivered flawlessly by Pitt and Richard Jenkins (his driver) as they psychoanalyze the psychopathic behavior of a hit man. In one scene, Pitt’s character explains, “We’re living in America, and in America you’re on your own”—a thinly veiled nod to contemporary politics and the economic crisis. Aside from that, this film seems no more realistic or relatable to current viewers than its societally discarded 1974 inspiration.

THE PERKS OF BEING A WALLFLOWER (Sept. 21st)

It’s a bit odd that Emma Watson is described as “all grown up” on magazine covers for her new role in “The Perks of Being a Wallflower,” in which she plays a high-school outcast. Since she is the most well-known actor in the movie, her career move gives us a good lens through which to view the movie. Will she be as convincing and endearing in the role of androgynous Sam as she was playing frizzy-haired Hermione? Like “Harry Potter,” the theme of childhood innocence spoiled early by the realities and dangers of life looms large over “The Perks of Being a Wallflower.” And the measure of its success will similarly depend on the likability and on-screen chemistry between the three main leads, as Watson will once again finds herself sandwiched between two awkward adolescent boys. While the film promises to be far more innocent and clean than the cat-scratching, hair-pulling, trash-talking “Mean Girls” portrayal of high school, don’t be fooled, it also will have an edgy dark side. Stephen Chbosky, who is directing the film, also wrote the eponymous book, which recieved the third highest number of attempted censures according to the 2009 list of the American Library Association for its ample references to drugs, homosexuality, sex, and suicide that figure in the narrarator’s emo-yet-entertaining diary entries. With the author calling the shots hopefully this will be circumvented, for if Chbosky stays true to his witty writing, then the movie will likely prove age-appropriate for even the “all-grown-up” Harry Potter generation.

This genre-blending, time-travelling epic weaves a story as self-reflexive and labyrinthine as any out there. Good thing it’s being helmed by three directors that, based on their film history, are well suited to the strenuous task. The Wachowski siblings, of “The Matrix” and “V for Vendetta” fame, and Tom Tykwer, director of “Run Lola Run,” have divvied up the various subplots from David Mitchell’s 2004 novel to share directing duties. To preserve the story’s theme of connection across continents and eras, the same set of actors—including Tom Hanks, Halle Berry, Jim Broadbent, Hugo Weaving, Jim Sturgess, and Doona Bae—each have several roles, up to six in Hanks’ case.The novel’s structure follows six tangentially related stories: that of a young lawyer on a sea voyage in the mid-1800s, a Dutch composer and his amanuensis in the 1930s, a 70s-era corporate suit cast who work in California, a modern-day publisher and his tragicomedic woes, a South Korean clone who lives in a  dystopia that raises questions about the consciousness of its victims, and a final character, even farther-flung in the future, who explains the ruthless, frightening world after the fall of modern civilization. Though the novel’s unique structure of mirrored chronology may not lend itself easily to film, its central condemnations of greed and destructive consumerism may yet ring true in the upcoming adaptation.

Despite Kristen Stewart and Robert Pattinson’s recent break-up headlines, their alter egos Bella and Edward are still together forever in the fifth  film of the “Twilight” franchise. The final installment finds Bella embracing life as a vampire alongside husband Edward and their half-vampire, half-human daughter Renesmee. The law-enforcing Volturi vampires suspect the Cullens turned a human child into a vampire —a crime punishable by death—and to prove their innocence, Edward and Bella must assemble a motley crew of vampires from around the world to attest to their daughter’s natural origins (displayed so vividly in the previous film). In director Bill Condon’s adaptation of Stephenie Meyer’s bestselling book, yellow contacts will be worn, teen wolf Jacob (Taylor Lautner) will pledge his life to a newborn, and life-or-death dialogue will probably be delivered, once more, with comical sincerity. Stewart and Condon have hinted at a twist in the film’s ending that will surprise even the book’s readers. While the written series ends with a détente between the Volturi and Cullens, the trailer has footage of a wintery, action-packed fight scene between the groups. Whether this altercation takes place in the mind of clairvoyant vampire Alice (Ashley Green) or in reality is yet to be determined, but this Twilight film promises to bring entertainment—both intentional and unintentional—to the big screen one final time.