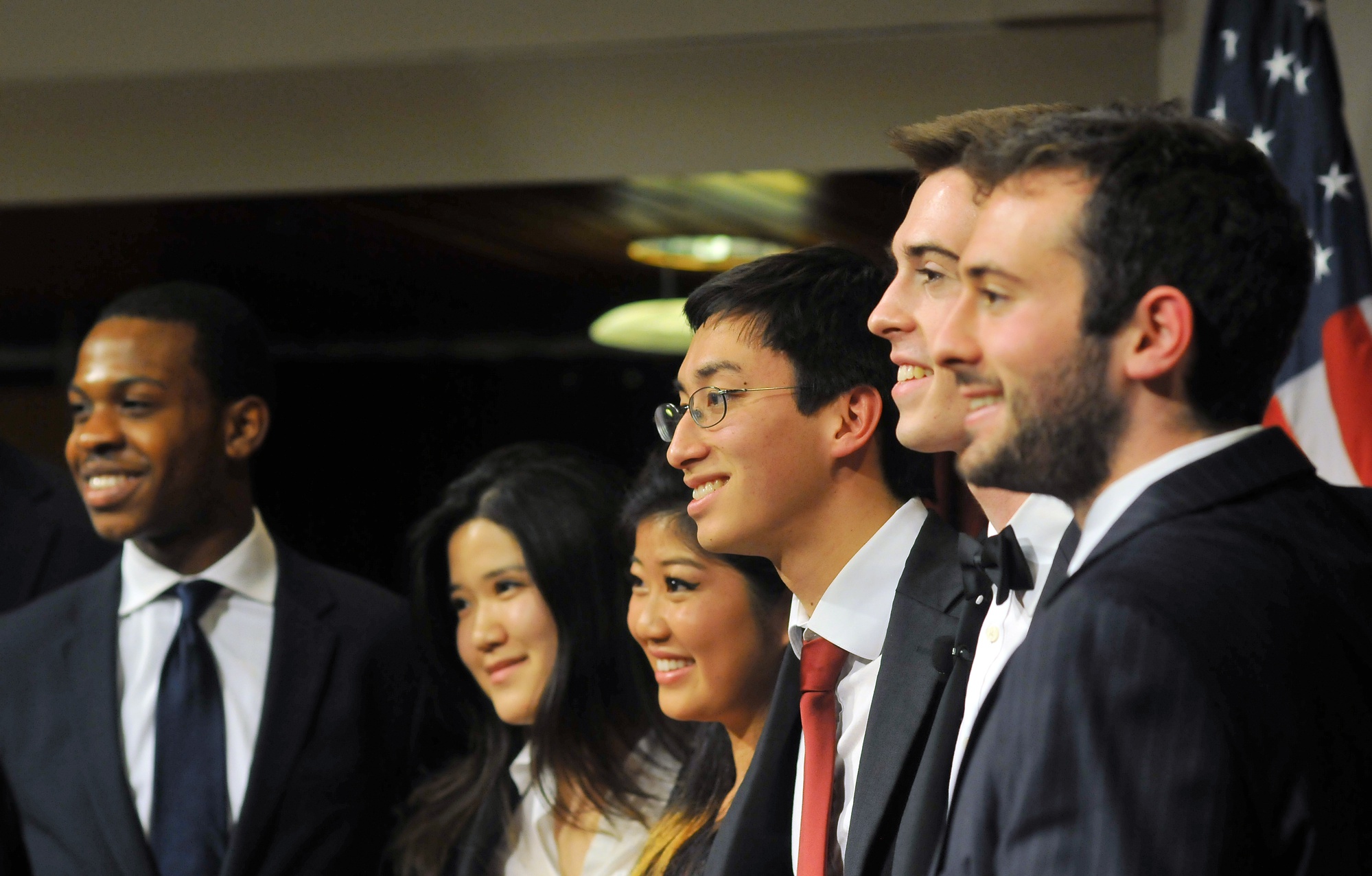 With the voting period for the Undergraduate Council elections underway, the three pairs of candidates vying to become the Council’s next president and vice president faced off in a debate at the John F. Kennedy, Jr. Forum on Monday night.

Though the tickets emphasized their own campaign priorities, Monday night’s debate was marked at times by accord among the candidates. The two serious tickets—C.C. Gong ‘15 and Sietse K. Goffard ‘15, and D.K. Nwokike ‘15 and Una Kim ‘15—both agreed that increased funding for student groups should be a central priority. And joke candidates Sam B. Clark '15 and Gus A. Mayopoulos '15 even managed to find common ground with the other tickets in calling for streamlined connections between the UC and the student body.

The debate, which drew a crowd of about 40 students, began with a question on student group funding, a perennial issue in UC presidential elections. Though its budget has remained stagnant, the UC, which provides funding for the College’s various student organizations, has faced increased demand for funding in recent years.

In their responses, both serious tickets emphasized the need to secure higher levels of funding from the College.

For their part, Nwokike and Kim placed emphasis on the UC’s responsibility to provide funding for club sports. Nwokike said that the UC should try to share its responsibility for funding club sports with University Athletics and also suggested changing the name of the $75 “Undergraduate Council Fee” in each student’s tuition bill to the “Student Activities Fee” to clarify exactly how this money will be used and potentially accrue more donations.

The duo spent much of the night satirizing UC politics. At one point, referring to the jokes that he and Clark made throughout the night, Mayopoulos quipped, “A joke is funny because it’s true; it resonates.”

Yet the pair highlighted a more serious message when they agreed with the other tickets on the need for greater transparency in interactions between the UC and the student body.

The three tickets also took questions from debate moderator Institute of Politics director C. M. “Trey” Grayson ’94 regarding diversity on campus, the referenda currently on the UC ballot, and the UC’s role in shaping the focus of the Office of Career Services. They also fielded questions from audience members.

Attendee Nelson F. Yanes ‘15 said he thought the debate was “extremely productive,” calling the event “a great way to compare and contrast the issues.”

UC Lowell House Representative Dhruv P. Goyal '16 said the debate changed his perception of Clark and Mayopoulos. “They did expose some shortcomings in the UC,” he said. “I didn’t know they were taking this seriously until now.”