50 Years Ago, Cambridge Mourned a 'Son of Harvard' 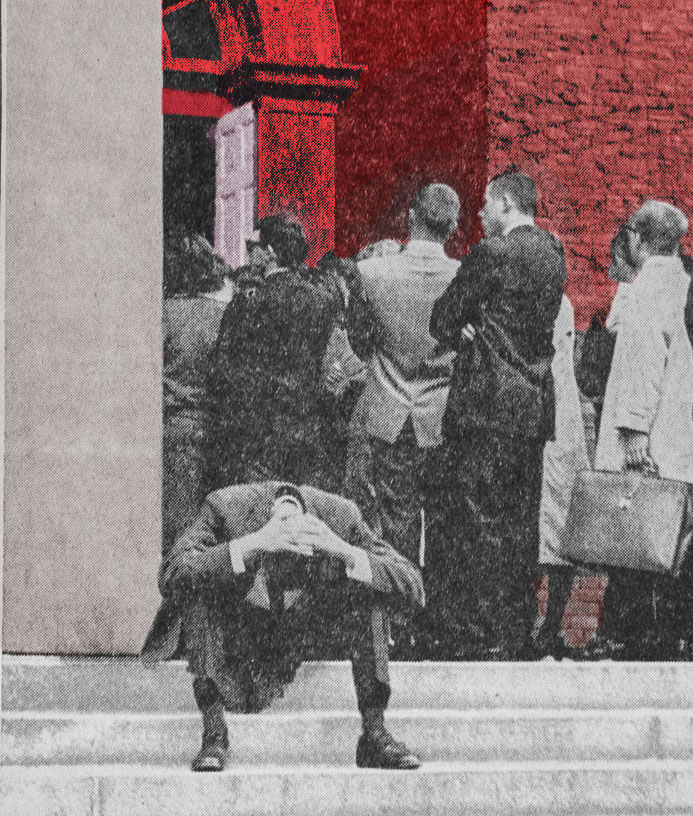 As is often true of the Friday before Harvard-Yale—especially when The Game is in New Haven—Nov. 22, 1963, was as much a getaway day at Harvard as anything else.

“[T]here was a high buoyant feeling for life in general,” John Donnelly, Jr. ’64 said. “The Game had a strong following—there was a lot of spirit in those days.”

At the offices of The Crimson, Managing Editor Bruce L. Paisner ’64 was meeting with his lieutenants to brainstorm stories for the Harvard-Yale edition of the paper, one of the most read editions of the year.

“It was a very slow news day,” Paisner remembered of that Friday. “We were sitting there thinking ,‘What are we going to put in this paper?’ [We were] trying to think of a worthy story for The Game.”

But for Paisner, the idea that Nov. 22 would be a “slow” day of news, or that The Game would dominate weekend headlines, were a shattered by a knock on the door of The Crimson.

“Somebody came running in off the street and said, ‘Have you heard that the President’s been shot?’” Paisner recalled. “Well, actually we hadn’t.”

With scraps of information compiled from Associated Press reports and Walter Cronkite’s CBS News broadcast, Paisner and his editors pieced together a story. The headline, like many that day, was simple: “KENNEDY ASSASSINATED.”

The news of the president’s death was a crushing blow to a campus that felt a unique kinship with the young leader. 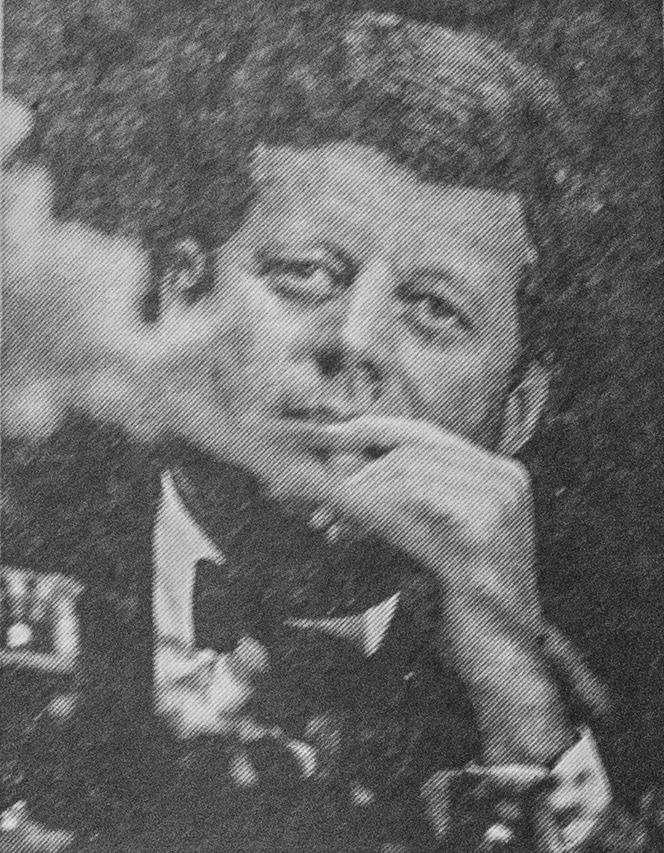 President John F. Kennedy '40 photographed in Boston by The Crimson on Saturday, October 19, 1963, just a month before he was assassinated. The photograph ran on page two of the Saturday, November 23, 1963, issue of The Crimson. By The Harvard Crimson

“The relationship between the Kennedy administration and Harvard was very special because there were so many connections between Harvard and the administration that sometimes it seemed that the White House was an extension of the Yard,” Joseph M. Russin ’64, a former Crimson editor, remembered.

Paisner recalled that many students and professors thought of Kennedy as a Harvard alumnus first and a president second. The Crimson, he added, occasionally identified him on first reference as “John F. Kennedy ’40, President of the United States.”

Even after his ascent to the White House, Kennedy maintained strong Harvard ties, summoning numerous Harvard faculty to Washington serve as presidential advisors. He also continued to serve on the University’s Board of Overseers.

Many students remember seeing him walk through Harvard Yard on his way to and from meetings, and, just four weeks before his death, Kennedy appeared in Harvard Stadium, where he watched Harvard tie Columbia on October 19, 1963.

When he wasn’t in Cambridge, Kennedy stayed abreast of Harvard events, either by reading The Crimson—which he had delivered to the White House—or by listening to a Harvard football game on the radio.

‘HE WAS OUR LEADER’

As details of the tragedy in Dallas reached New England, many Harvard students were already on the road. Those that had their radios turned on heard the news first.

“[W]e were somewhere in New Haven when another car of glee clubbers pulled up next to us, rolled up the window, and said ‘Turn up the radio!’” remembered Daniel B. Curll ’64, a member of the Harvard Glee Club who was carpooling to Yale with the Radcliffe Choral Society for their annual Harvard-Yale concert. 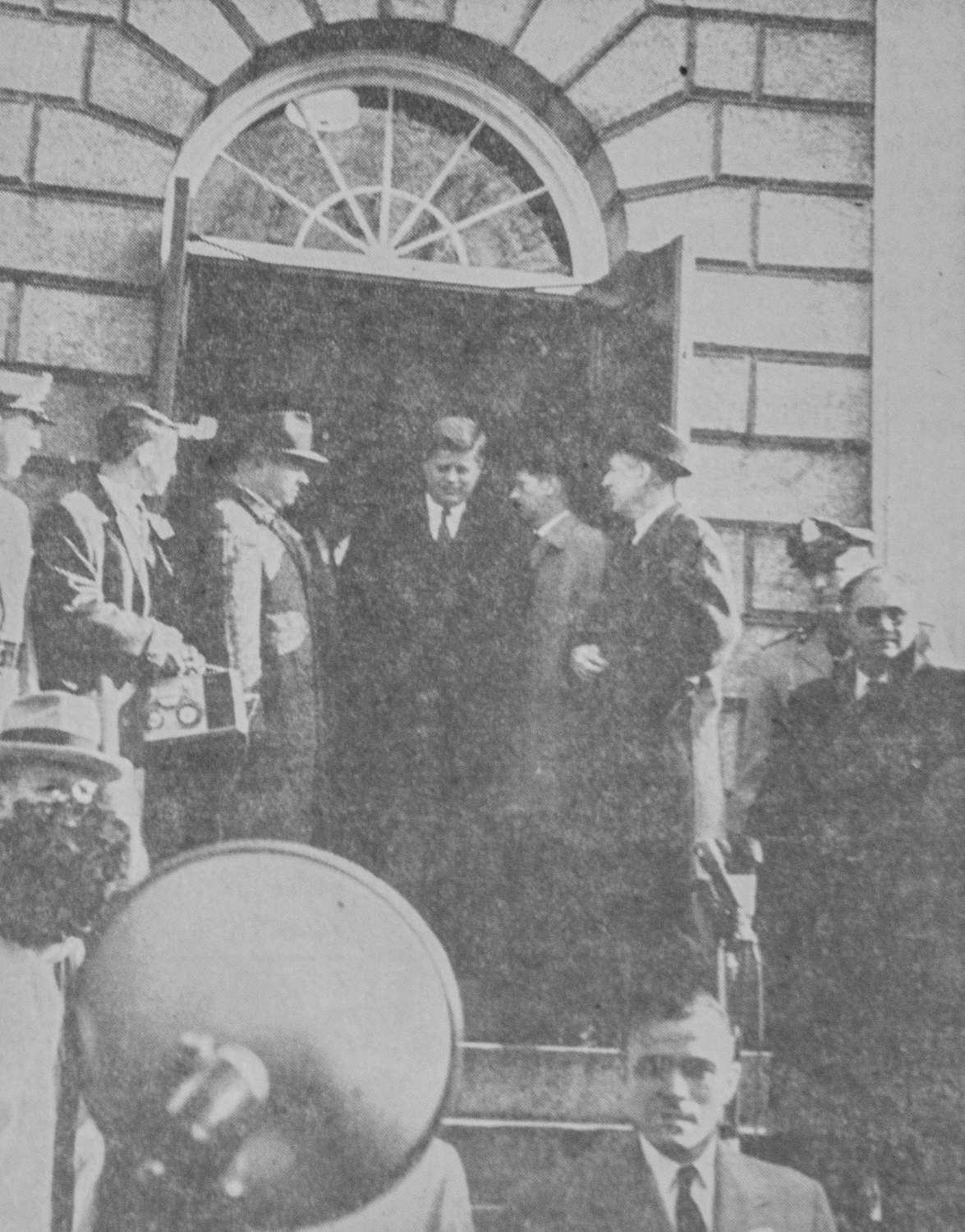 The President-elect leaves University Hall after his final meeting on the University Board of Overseers on January 9, 1961. The photograph ran on page four of the Tuesday, November 26, 1963, issue of The Crimson. By The Harvard Crimson

“That was the first we heard,” Curll said.

Back in Cambridge, reports in The Crimson detailed empty restaurants, people gathered around transistor radios and in cars listening to the news, and a female student breaking out in tears in Widener Library. People clustered around the Harvard Square newsstand, waiting for the national papers to deliver extra editions of the day’s record.

By dusk, even the best-laid weekend plans—The Game in New Haven and associated concerts, gatherings, and other Harvard-Yale events—had either been called off or postponed. The University also cancelled classes scheduled for Saturday and Monday, and even pushed back some exams.

The changes were fitting—a cloud of shock and sadness had descended over the campus.

“You could feel it all over Cambridge,” recalled Jonathan D. Trobe ’64, a former Crimson editor. “There was disbelief. It didn’t seem possible. Kennedy had a certain quality. You didn’t think that this could happen to a person like him.”

In lieu of classes, memorial services at Memorial Church and around the Boston metro area were scheduled almost daily for the next week.

“People were depressed, and felt like life was over,” Trobe said. “He was our leader.”

The Harvard Glee Club and Radcliffe Choral Society had long been booked to perform at the National Cathedral in Washington, D.C. on Sunday Nov. 24, 1963.

But, after the president’s assassination, the concert acquired a new significance almost overnight.

As the two choirs, accompanied by the Harvard-Radcliffe Orchestra, got back on the highway and headed to Washington, mourners were beginning to flock to the president’s casket on display in the Capitol Rotunda.

“It quickly became a concert dedicated to the president,” remembered Curll.

As the Harvard performers tried to place their emotions aside—a task Curll admitted was difficult—producers from the nation’s major broadcast outlets jumped on the president’s connection to Harvard. As the networks showed images of mourners around Kennedy’s casket, some mixed in audio from the Harvard concert to replace the silence.

The Glee Club, the RCS, and the HRO were not the only groups that had to carry on shortly after the tragedy. The Harvard football team, back in Cambridge, spent another week practicing for the Bulldogs. But when The Game was played on Nov. 30, Yale came out charging and upset the heavily-favored Crimson 20-6.

“We were a little flat,” quarterback Michael H. Bassett ’64 remembered.

But The Game—and the anticipation leading up to it—was an afterthought, largely devoid of the usual anticipation. Trope remembered the scene at the Yale Bowl that Saturday as “like a tomb.”

Meanwhile, students and administrators in Cambridge were at work deciding how to honor the fallen president. At the time, various ideas were floated around, including building Kennedy’s presidential library next to the Harvard Business School—a plan eventually derailed by legal troubles and objections from the City of Cambridge—and naming what would eventually be called Mather House in honor of Kennedy.

Still, it did not take Harvard long to recognize its tragic alumnus. In 1966, the Graduate School for Public Administration was renamed the John F. Kennedy School of Government.