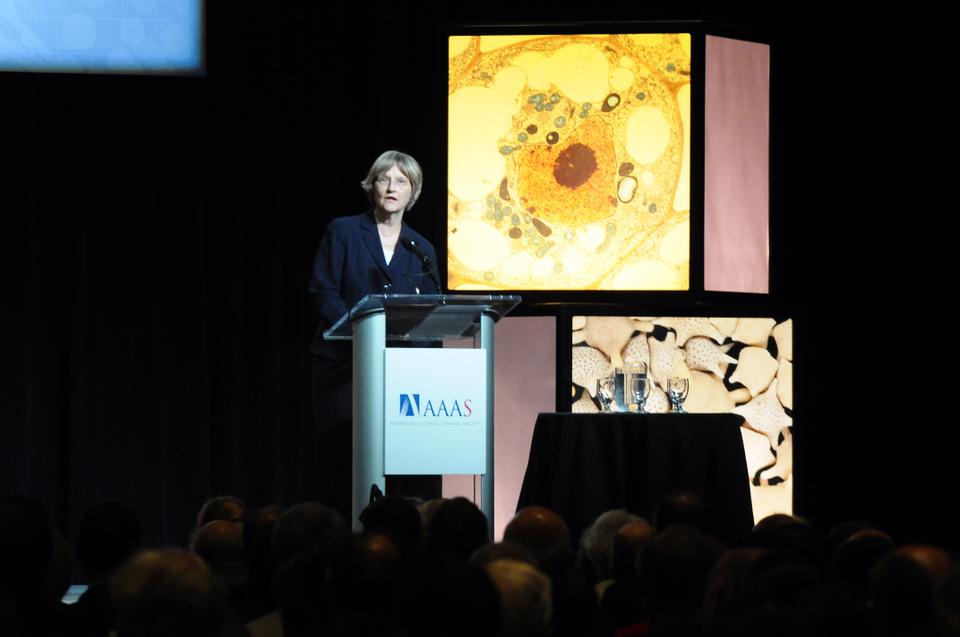 University President Drew G. Faust warned that cuts to federal research funding would endanger innovation, the economy, and “intellectual life” in the United States in a speech to the annual meeting of the American Association for the Advancement of Science.

AAAS, which publishes the journal “Science,” holds a yearly conference to bring together scientists, engineers, educators, and policymakers from around the world. Faust, who was chosen this year as one of the co-chairs for the meeting, kicked off the conference last night with a six-minute address at the Hynes Convention Center.

In welcoming the conference to Boston, Faust stressed the organization’s role in deepening human understanding and advancing the length and quality of life. She also spent a large portion of her remarks arguing for the prevention of sequestration—deep spending cuts in the federal budget scheduled to go into effect on March 1 if Congress does not agree on an alternative plan. Should lawmakers fail to arrive at a compromise, universities like Harvard—which received approximately $656 million in federal sponsorship last fiscal year—will face a severe decline in external research funding.

“Now more than ever, science must vigorously make its case,” Faust said in her speech. “It would be worse than a tragedy to waste this moment full of promise, to leave answerable questions unanswered.”

Faust also argued that besides being a “major glory of the nation’s intellectual life,” science and innovation are also important drivers of the economy.

In an interview with The Crimson last week, Faust explained that Harvard is planning for sequestration in the short term, along with longer-term federal funding cuts that may happen regardless of Congressional action.

“There is general agreement that whatever happens with sequestration, the profile for research funding from the federal government is going to be a different one going forward,” she said. “We take that as a given.”

In the long term, Faust said, some of the University’s schools might have to reconfigure their finances to adapt to decreased external funding. The School of Public Health, for example, used sponsored support for 73 percent of its operating revenue last fiscal year, according to the University’s annual financial report.

Along with Harvard’s lobbyists, Faust said that she has spent parts of the past year and a half in Washington talking to policymakers “trying to make the case why research is so important to the American future, to building human capital, to our security as a nation.”