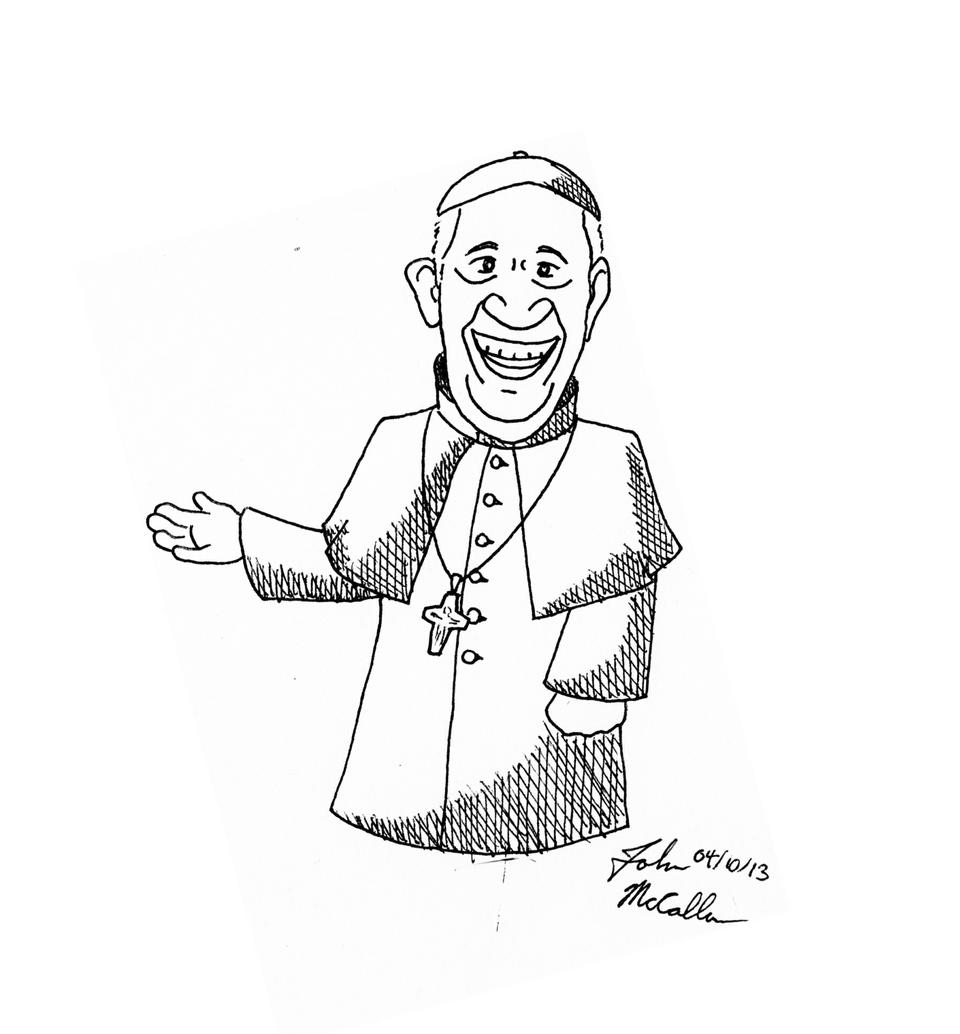 This is the eighth instalment in a series of online-only Roundtables. This new content form from the Crimson Editorial Board seeks to present a diverse array of high-quality student opinion on thought-provoking issues.

For Catholics, Joy in Continuity

It is important to remember that a new pope is not at all like a new president.  The election of a new president generally means a transfer of power from one faction to another and portends changes to and reversals of the policies of the previous administration.  However, the pope, as the Vicar, or representative, of Christ, is very different from a president.  Rather than an executive charged with making policy decisions, he is the caretaker of eternal truths.  If anything, a new pope is more like a new secretary of state or chief of staff within the same administration.  It is an important office, to be sure, but the overarching philosophy, goals, and mission are coming from higher up the ranks.

As such, Pope Francis, like all 265 of the popes who preceded him, will not teach anything contrary to the Church’s beliefs on matters of faith and morals.  This continuity should itself be a source of great joy to Catholics, for these teachings are beautiful and even liberating.  What he can do, and what we pray that he will do, is inspire the whole world, by his words, leadership, and example, to embrace the truths of the Gospel and the person of Jesus Christ.  Thus far the Holy Father has certainly gotten the world’s attention; we pray that over the course of his papacy, he will be so compelling as to strengthen the Church and bring more and more people into its fold.

James P. McGlone ’15 is a history concentrator in Kirkland House and Vice President of Spirituality of the Catholic Students Association.

Can you guess which of these items doesn’t belong with the others?

As a new pope assumes leadership of the Vatican, the media outlets and pundits have turned their attention to Catholicism, asking what changes we can expect of the man formerly known as Jorge Mario Bergoglio. Much has been made of his Argentine origin, his membership in the Jesuit order, and his “human touch.” New York Times reporter Rachel Donadio has made the assertion that the papacy is “an ancient institution where style often translates into substance”; in that same article, she made sure to note the pope’s “humble black shoes” and “ordinary wristwatch.”

I certainly agree with Donadio that Pope Francis draws a stark contrast with his predecessor, who was dour and fond of ornamentation.  But while acknowledging the change in style, I hesitate to predict a change in substance. Pope Francis has shown little desire to act on the major controversies within the faith today—the issues of female clergy and gay marriage. It appears that like millions of other Catholics, he sincerely believes the Church adages that gay marriage and female clergy are against God’s will. And so, for the time being, the options for us more unsure Catholics seem to be defection or conformity.

Centuries have passed since the Middle Ages, but, when it comes to issues like female clergy and gay marriage, the Church still resembles its authoritarian former self. Where the modern era emphasizes curiosity and scientific reasoning, the modern Catholic Church remains committed to tradition and dogma. In short, there is a clash of personalities between the Church and its modern adherents.

And I doubt any pope will dare an attempt at fixing it.

On March 13, 2013, Jorge Mario Bergoglio, the Archbishop of Buenos Aires, Argentina, was elected Pope of the Catholic Church. As the first member of the Society of Jesus, one of the Roman Catholic Church’s more liberal religious orders, his rise will lead to significant changes to the conservative policies favored by Pope Benedict XVI. Yet as with any secretive institution, these reforms will take time and will be limited on several fronts.

Religious orders within the Catholic Church significantly influence the ways in which this institution’s leadership and officials view and interpret dogma. Pope Benedict XVI was a member of the Opus Dei, a religious order characterized by its desire to preserve Catholic traditions to the letter. On the other hand, Jesuits, or members of the Society of Jesus, such as Pope Francis, are known for the high value they place on education and their worldliness and desire to integrate themselves with the communities they serve.

Pope Francis has already shown signs of advancing the Jesuits’ worldview. From the moment he first addressed the world, Pope Francis challenged age-old Catholic tradition by wearing his own iron cross and white robes, in place of the traditional ornate robes and golden crosses that went along with the Papacy. His subsequent actions have paved the way for the transformation of the Catholic Church into an organization that will seek to forge direct connections with its followers. For example, he washed the feet of a dozen inmates at a juvenile detention center on Holy Thursday and kissed the feet of two women––an Italian Catholic and a Serbian Muslim. These actions may seem trivial, but they are undertaken by a man leading one of the most powerful and secretive organizations in the world, and thus they carry a great deal of symbolic weight with them.

However, despite the reform that Pope Francis’ papacy will inaugurate, there will still be significant limitations. We should expect the Church to do away with its overt displays of wealth and in its place begin to give poverty and social justice more importance than they were accorded in the past. However, we should not expect to see female priests or a Catholic Church without celibacy as a requirement to priesthood.

Rodolfo Diaz ’13 is a government concentrator in Mather House.

Last Sunday, Pope Francis brought his pontificate’s inaugural festivities to a close at Rome’s cathedral church, St. John Lateran. Francis had assumed the office of pope and all its attendant powers upon accepting his election last month. However, only his enthronement in the cathedra—a bishop’s ceremonial chair—completed the symbolism of what had happened on March 13. The Chair of St. Peter is no longer empty. The Church of Rome once again has a bishop.

On the same occasion eight years ago, Francis’ predecessor made some trenchant remarks about the papacy’s powers—and, even more, about its limitations. Though seated upon the Lateran Basilica’s marble throne, the most potent symbol of papal authority, Benedict rejected the notion that the pope is “an absolute monarch whose thoughts and desires are law.” Rather, he continued, “the pope’s ministry is a guarantee of obedience to Christ and to His Word. He must not proclaim his own ideas but rather constantly bind himself and the Church to obedience to God’s Word, in the face of every attempt to adapt it or water it down.”

Any genuine call for reform in the Church must take this into account—which is not to say that reform is out of the question. The pope can, should, and probably will restructure the Roman Curia, that is, the Vatican bureaucracy. The pope can, should, and probably will promulgate stricter norms to keep children safe from abusive priests. The pope can and does allow married men to be ordained priests, if only on a limited scale, though he probably should not and will not broaden this. What the pope cannot and will not do, however, is to alter the Church’s dogmas. It is not the pope’s job to change those doctrines of the Church with which the world is ill at ease. On the contrary, it is the pope’s duty is to hand down to future generations the teachings he received from his predecessors—and ultimately from Christ Himself.

Service and Humility: A New Direction for the Catholic Church

Pope Francis has already brought incredible change to the Papal office, and no one can deny that he is going to dramatically change the global message of the Catholic Church. He is the first Jesuit pope and the first pope to take the name of the famous St. Francis of Assisi, the first this millennium not to take a previously used name. He is famous for his service to the poor, the first to live in the Vatican’s guest house instead of the Apostolic Palace, and the first pope to wash the feet of a woman—and a Muslim woman at that. He even has a master’s degree in chemistry (although I’d love to hear his thoughts on transubstantiation). He has rejected the ornate papal throne in favor of a simple stone chair and appears only in his white friar’s robes and skullcap, without the iconic “Pope’s hat,” or the scepter, ornate red robes, and red Prada shoes that defined his predecessor’s fashion style. He has stated, “How I would like a poor Church, and for the poor.”

Although Pope Francis is most widely known for his consistent advocacy for the poor, he is also relatively progressive in comparison to other cardinals. This may be a low bar, but it’s certainly worth something. He has washed the feet of AIDS patients and has commented that celibacy for priests “is a matter of discipline, not faith. It can change.” It should be noted that he has not announced an agenda to change this yet. In addition, he has made a name for himself as a proponent of interfaith dialogue. Protestant, Muslim, and Jewish leaders have all spoken to his capacity for human kindness and his humble, respectful tone.

With everything that Pope Francis has already done, even if his lifetime is insufficient to tackle the ungodly mess of politics, fraud, and corruption that has entangled the Vatican, his very symbol and memory will resonate with people for centuries to come, and his name will be a rallying cry for those wishing to return the Church to its humble roots as a ministry of love and a servant of the needy.

Joseph Hall ’16 lives in Wigglesworth Hall. He is a member of Harvard Christian Impact.