The U.S. Attorney asked Friday that the court defer prosecuting Kim for 18 months, while he takes part in a pretrial diversion program. Under the diversionary agreement, Kim will be confined to his home for four months, will have to complete 750 hours of community service, and will have to pay restitution to the law enforcement agencies active in responding to his bomb threats. 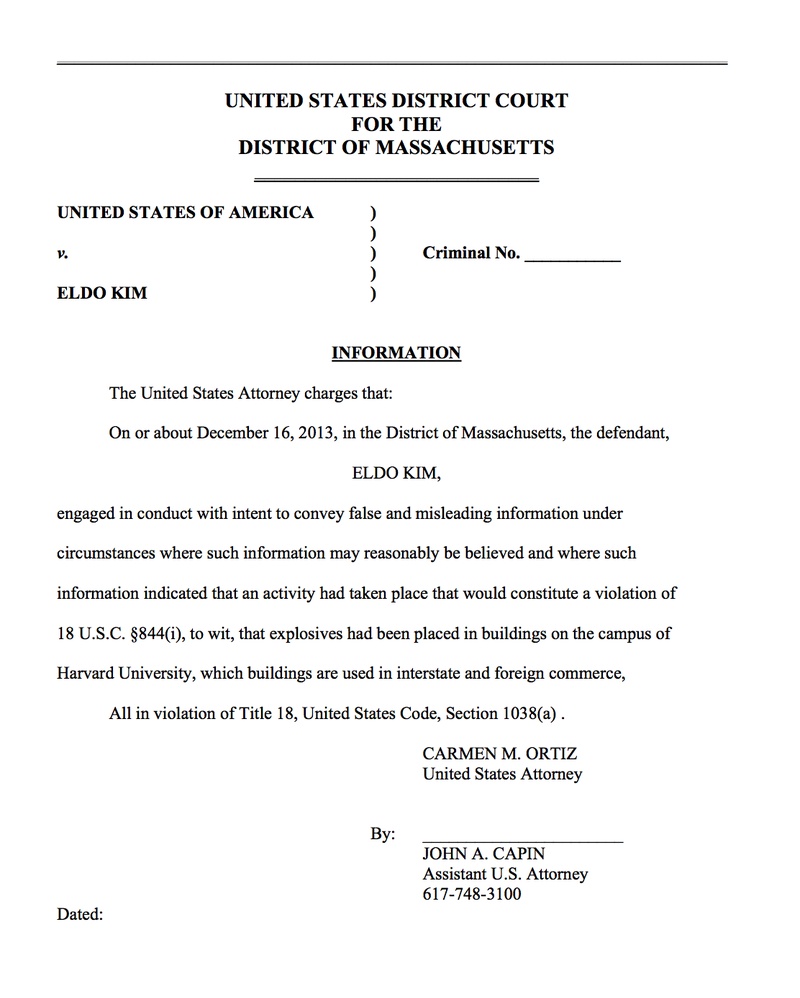 The agreement also stipulates that Kim will have to make a public apology.

If the court signs off on the agreement and Kim meets its terms, the U.S. Attorney’s Office said that it plans to dismiss all charges. If Kim does not, the office will initiate criminal prosecution.

Kim, 21, was previously charged by complaint in December; he has been under supervision since then, pending a trial.

Allison D. Burroughs, Kim’s lawyer, wrote in an email Friday evening that Kim was “relieved” at not having to face felony conviction, and that he is “fully prepared” to meet the requirements of the agreement.

Burroughs added that Kim was “deeply remorseful” about what he had done and grateful that the U.S. Attorney’s Office “was willing to distinguish between a terrorist and a bright, sleep deprived kid under difficult personal circumstances who made a very poor decision.” 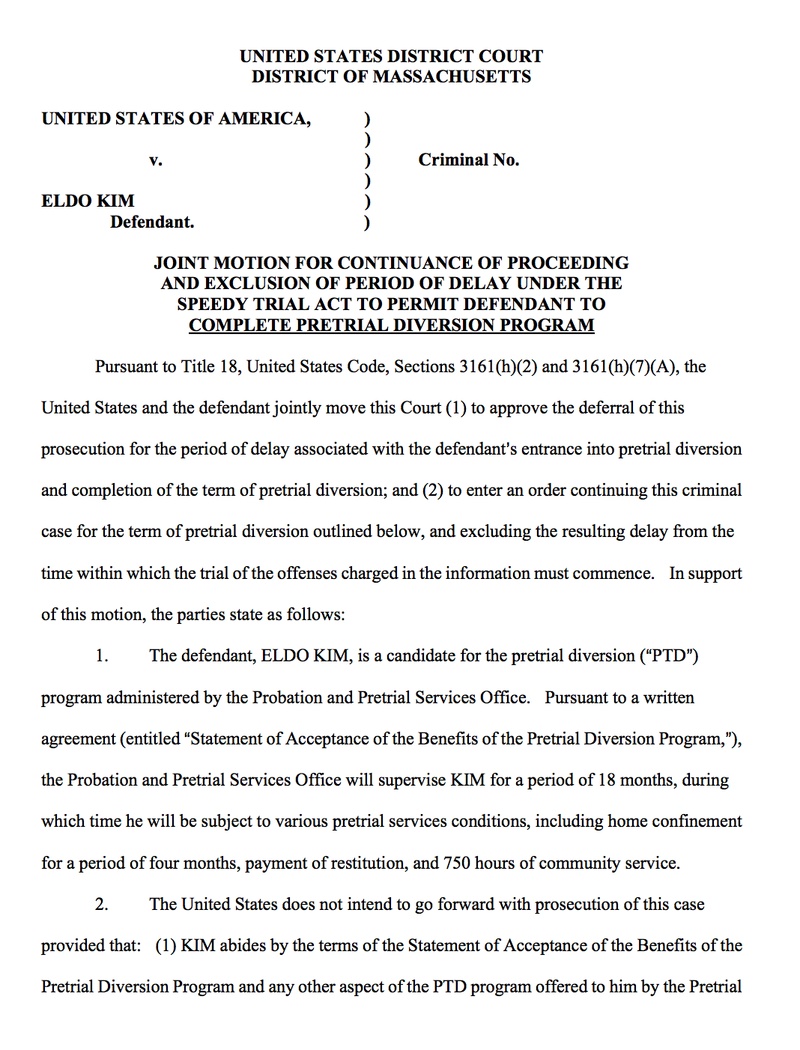 Kim did not appear in court Friday, according to Burroughs.

Kim allegedly sent his threats half an hour before he was scheduled to take a final exam at 9:00 a.m. on Dec. 16, 2013, according to a press release from U.S. Attorney Carmen M. Ortiz’s office. The threats provoked a massive response from local, state, and federal authorities, as well as the evacuation of the Science Center, Emerson, Sever, and Thayer halls, the closure of Harvard Yard, and the cancellation of several exams.

The closures lasted for roughly five hours as HUPD, Cambridge Police, and federal law enforcement searched campus, clearing the four threatened buildings one by one. Several noon exams were also postponed or cancelled. Many students made up the affected exams in February.

The affidavit aid law enforcement authorities determined that Kim had accessed TOR on the Harvard network before the email was sent.

Assistant U.S. Attorney John A. Capin represented the prosecution in the case.