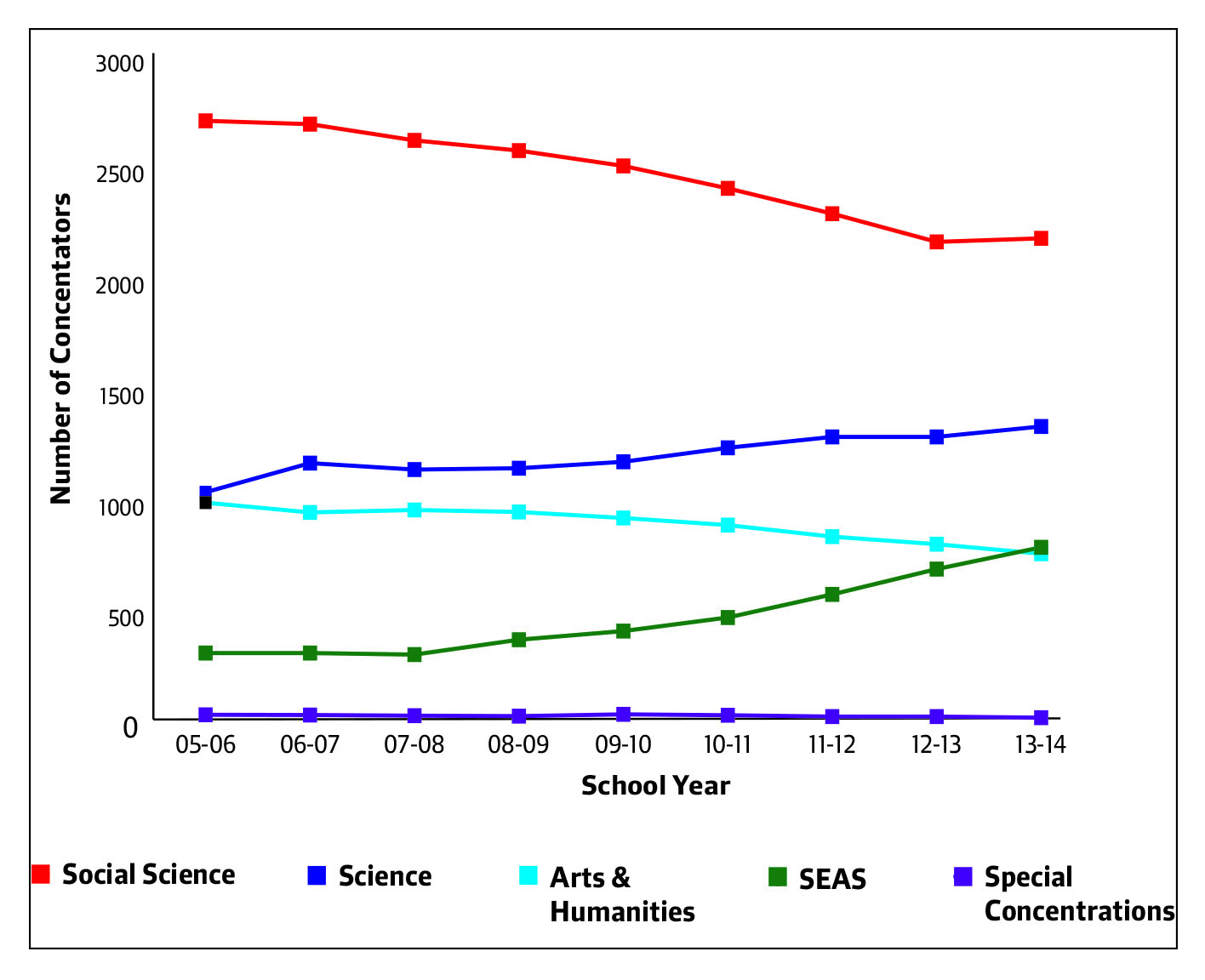 Harvard’s flagship faculty is growing again and reached the largest size in its 124-year history during Fiscal Year 2014, with 17 hires raising the total number of professors in the Faculty of Arts and Sciences to 730, according to a draft of the Dean’s Annual Report that was presented to Faculty this afternoon.

The size of the faculty had remained flat since the onset of the financial crisis until the last fiscal year. Its renewed growth comes even as the school ran a $77 million deficit, according to a copy of the draft report obtained by The Crimson on Monday. That deficit was smaller than the $122 million gap originally forecasted due in particular to higher-than-expected revenue from non-federal sources of sponsored funding.

Dean for Administration and Finance Leslie A. Kirwan ’79 told Faculty members at the meeting that although she projects on-going deficits for future years, “Our efforts as a community have positioned FAS to withstand continuing financial pressure.”

Endowment distribution to FAS grew 2.3 percent to $624.5 million, and endowment income constituted just under half of the Faculty’s $1.275 billion in total revenue, according to the report. The market value of FAS investments, primarily in the endowment, totaled $15.8 billion, marking a 10.7 percent increase year over year. This increase was fueled by a return rate of 15.4 percent for FAS’s investments, the second highest return in the past seven years.

Funds raised through the launch of The Campaign for Arts and Sciences also contributed to the lower deficit, with $24 million more in current use gifts than anticipated. Kirwan attributed this boost in fundraising to “the successful launch of the Campaign and the implementation of a new hybrid gift policy, which encourages donors to provide a share of certain major gifts in the form of current use funds,” she wrote in the report.

The school spent $109.8 million on House Renewal last year, the bulk of a significant increase in capital project spending during FY2013. Operations and maintenance increased $12.6 million due mainly to the hazardous waste remediation from the House Renewal Program and construction projects in athletics and museums.

The two cohorts have been exhibiting opposite trends for several years now. Since SEAS became its own school in 2007, the number of concentrators has more than doubled, from 292 in 2007-2008 to 775 in 2013-2014. Prior to the establishment of SEAS, the growth in concentrators in engineering and applied sciences was relatively stagnant, hovering just below 300 concentrators for the five years leading up to the school’s formation.

Meanwhile, the trend for the arts and humanities has pointed consistently downward, falling from 943 concentrators in 2007-2008 to 763 in the past academic year.

While the size of the Faculty has grown, its composition has changed as well.

Gender parity for external faculty offers was achieved for the last academic year after disparities of 10 and 20 percent in the two previous years. Twenty-nine men and 29 women were offered tenure-track positions in 2013-2014.

Still, the faculty’s gender ratio remains disproportionately male-heavy, with 532 men and 198 women, according to the report.

“We’re not done, we’ll continue in this area, but the accomplishments, they are something for us to celebrate,” FAS Dean Michael D. Smith said at the Faculty meeting.