Rocks the Galling Accessory in Her 'Through Glass' Video 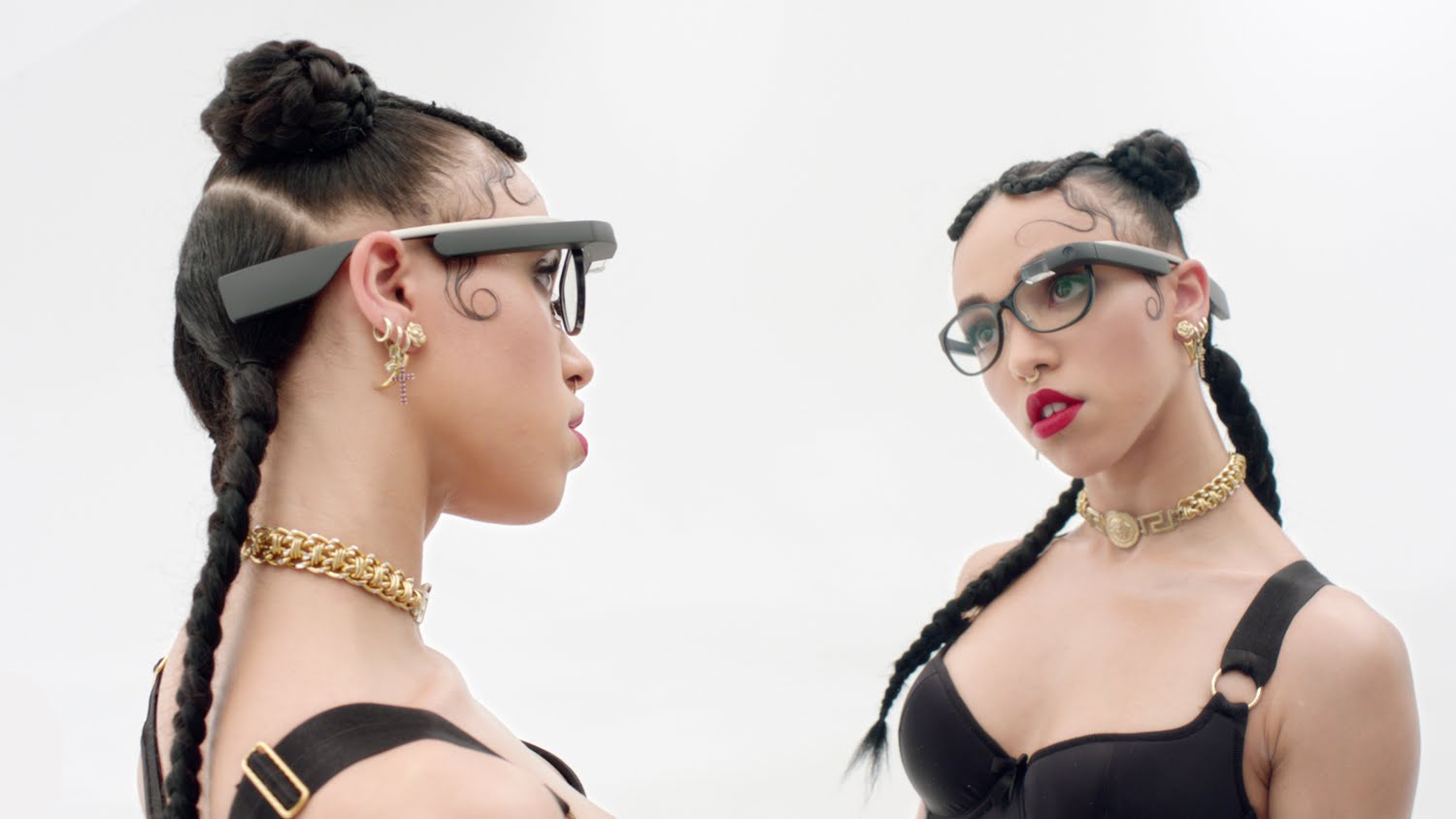 By Sonya A. Karabel, Contributing Writer

Google Glass, despite (or perhaps because of) seeming like something out of an overly optimistic 1960s vision of a technocratic future, has always been seen as a nerdy accessory appropriate solely for tech insiders. The spectacles have even been the repeated targets of smashings, due largely to tensions around the tech industry and gentrification. In FKA Twig’s  new video, however, the R&B star (and yes, Robert Pattinson’s girlfriend) makes them seem almost hip.

Twigs wrote, starred, and directed this promotion video for Google Glass. The gadget is currently in open beta testing and available for $1,500 online (they’ll throw in Diane Von Furstenberg frames for free though—what a bargain!). The video shows Twigs telling Glass to play her song “Video Girl,” a classic whispery and dreamy Twigs track from her latest album “LP1,” hitting the side of Glass dramatically when she’s done instructing them. Some of the video is a bizarre version of a mirror selfie using the camera in Glass (I think she just won the selfie olympics).

From there, Twigs transitions the video into an impressive dance, battling people who look quite similar to her. They sport her characteristic gelled-down baby hairs (or as the fashion industry would say, “urban fabulous hair”). As they approach her, she uses the Glass to search various styles of contemporary dance and replicates them remarkably. Before she was Twigs, she was Tahliah Barnett, a backup dancer in videos by people like Jessie J and Kylie Minogue, so her dancing prowess is not surprising. Some have critiqued her for vogueing, a style invented and usually performed by trans women and gay men in the ballroom scene. However, she searches iconic voguer Benjamin Milan  on YouTube at one point in the video, which offsets the potential appropriation of the act.

Though her movements with the Glass are a little awkward at times, Twigs makes it work with her image. She always likes things to be a little bit off, like her video for “Water Me,” where her oversized eyes are just big enough to be surreal and creepy. She is definitely not your basic video vixen (not that there’s anything wrong with them; do your thang ladies!). Instead, she infuses everything she does with a "dainty cyborg" aesthetic. Her niche is fully her own. “Through Glass” is Twigs at her best, showing off her talents in singing, dancing, directing, and, perhaps most importantly, self-marketing.

After viewing makeup tutorials on the Glass to draw on huge anime eyes, Twigs suddenly rips off her glasses and reveals replicas on her eyelids. Does such a progression make sense? Not particularly. But the imagery is aesthetically pleasing, the dancing is incredibly impressive and the video succeeds in its commercial goal—Glass has been taken out of the realm of nerdery and may have even made its way into hipness. And you thought those iPad commercials were cool.