Who Will Survive in America? 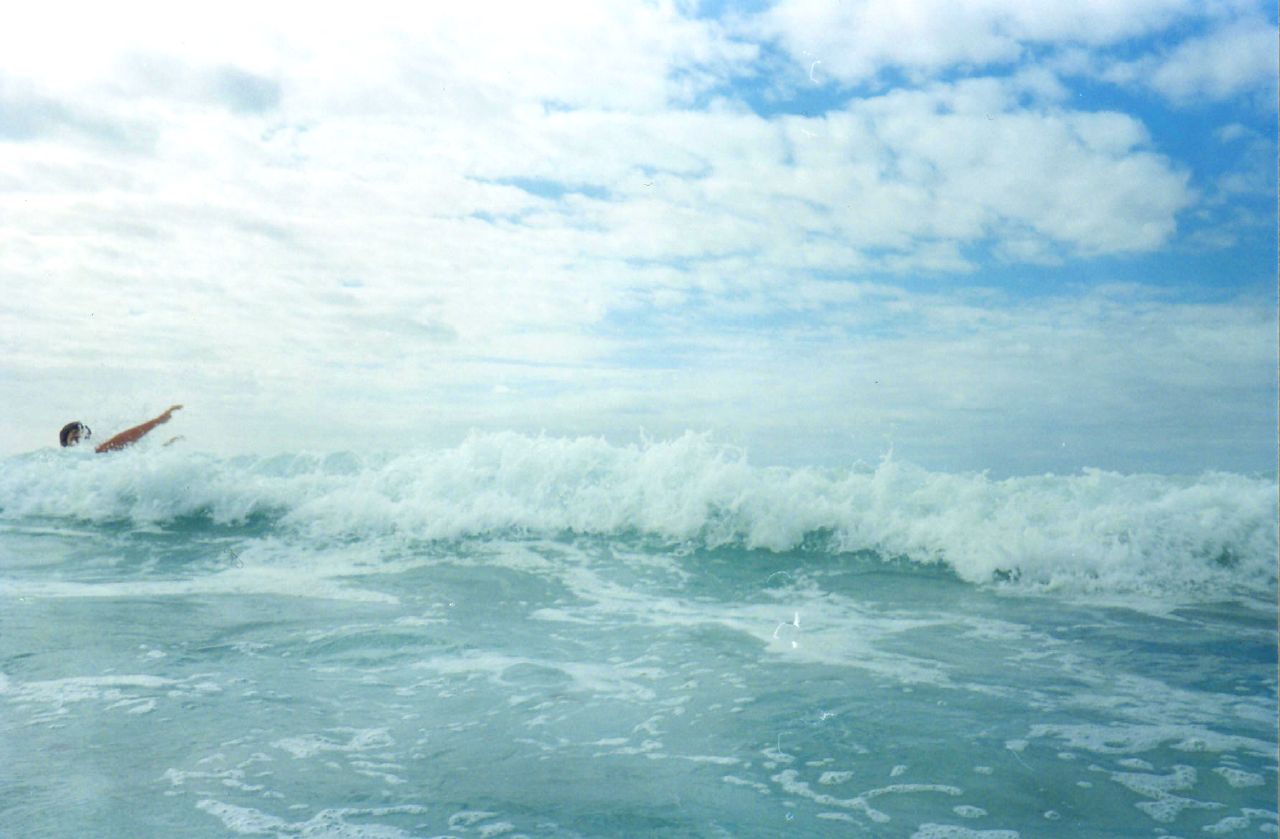 New Orleans in the summer of 2013 crawls with humidity and fire ants. It is eight years after James Brissette and Ronald Madison—both unarmed, both searching for food in the aftermath of Katrina, both black—were shot by white police officers who later claim that the two men, one of whom was mentally disabled, were firing at them. Madison was shot in the back. It is the same year the officers demand a retrial after being convicted of conspiracy and deprivation of civil rights, and they get it.

Mosquitoes leave welts the size of quarters on my arms. Rows of newly constructed houses—some designed by Brad Pitt, who inexplicably thought the priority after Katrina should be environmental sustainability—stand empty along the levee, their walls white as hell, propped up on waist-high stilts. Sure, that might save someone from the water eventually, but people have been drowning for centuries.

Walk through Tremé and you’ll find empty houses too, but measure your waist up against one of these and all you’ll line up with is a dark melting stain that shows how high the water rose. Under it, on every house’s facade, spray-painted crosses and numbers bleed into one another. Indecipherable, but I was told they marked how many people lived in each building. And how many died.

One man tells me that black people have been getting kicked out of Tremé, no matter how long their families have been there. “Katrina?” I ask. He shakes his head. “Blonde girls and their Golden Retrievers,” he spits. And the raised rent that follows, and the Starbucks branches, and the police. Most importantly, the police.

A woman on a bus told me that she had been in the Superdome after the levee failed. She told me that people started dying around the same time that the toilets broke. Look out across the stadium and you may as well have stayed in the water, she said. Black faces drowning in one another.

Some people in New Orleans believe that the levee was designed to break, a grenade disguised as a shield that painted a target on every black back. Listen enough, and it’s not that hard to believe.

II. Home is where the hatred is.

I won’t get shot in the back on the street. I’m a half-Chinese, half-Korean girl with a book in my purse. I’ve got my hands in my pockets all the time, and I know no one’s looking twice. Most of the time I’m glaring so hard at everyone who walks by me that I probably should be stopped by the police, but it’s only because I learned a long time ago that if I don’t, eventually some white boy in a baseball cap is gonna look me up and down and ask if I can love him long time.

But forty years ago my parents were yelled at, spat on, beat up—if I complain about the identity assigned to me, of violins and math problems and tinkling laughter, I feel guilty right away. Violence is tricky like that: it morphs and slides and molds around your scars. It stays white, though, most of the time. Whether police baton or verdict or pale fingers pulling blue eyes into slits, it stays white.

III. Getting choked by the detectives, yeah yeah, now check the method.

If Eric Garner couldn’t breathe, it didn’t start when the officer locked an arm around his throat. It started hundreds of years ago, on green plantations and crowded ships. I imagine whole families being suffocated to death, generations following one another to the grave. When Eric Garner died, what was the last thing he saw? Daniel Pantaleo’s white wrist or the faces of his children? Was even that taken from him?

There’s a video of Eric Garner’s stepfather talking to a driver during a protest following his death. “What’s the future for me?” the driver shouts. “You know what I’m saying, for my child, for my son? What is his future?” He repeats his question until his voice cracks and his eyes glaze over. His mouth stays open, like he needs to keep speaking but doesn’t know what else there is to say, and instead he starts crying.

IV. And we been hangin’ from the same tree ever since.

Six months after George Zimmerman shot Trayvon Martin, I am standing outside Nelson Mandela’s cell on Robben Island. A tour is being led by a former prisoner who retraces the steps of his incarceration every day, trailed by German tourists and solemn college students. Part of me marvels at that—how he must relive the pain, and the blood, and the bruises over and over, which cell was his, does he blink when he walks past it?—but a year and a half later, a week after Michael Brown was shot by Darren Wilson, I am at a protest in Boston Common. And a speaker points at the stooping elm trees, which will be draped with Christmas lights in six months, and screams hoarsely, “They hung people here!”

And I think of the tour guides at Robben Island, who walk through their own ancient pain every day.

V. Can I talk my shit again?

I read this over again and I’m doing everything wrong. I’m trying to understand a nation’s full volume of pain, and all I can come up with are anecdotes.

VI. When it feels like living is harder than dyin’, for me giving up’s way harder than trying.

When I was a freshman I was dating someone who said he didn't trust black people and man, I didn't say anything, partly because I was 18 and a kid and had barely just learned what my voice sounded like and partly because the last time I disagreed with him he narrowed his eyes ’til they were slits like mine and told me I was lucky he didn't beat the shit out of me.

Three years later I'm thinking of countless mothers and how it feels to consider yourself lucky if you have an argument that doesn't end in a slap, if your son comes home without meeting a policeman's curled-up fist, if you can make it out of New Orleans alive. How some people have to look at that and call it lucky, how some people have to be grateful to be seen as human beings.

VII. And America is now blood and tears instead of milk and honey.

—“Who Will Survive in America?”

If you have been holding someone under water, not much will change if you just release their head. If someone has been drowning, even if you throw your hands up and wait for them to float to the surface, their lungs are still filling with water.

You know, most would have you believe in the loudness of drowning: the shouting, the waving arms, the struggling. But when you’re truly in danger, things can get quiet. If you’re really drowning, you can’t make a noise or kick your feet, and sometimes your body twists itself into a vertical position, so it looks like you’re as upright as anyone else.

Don’t let that fool you.

VIII. Keep your nose out the sky, keep your heart to God. And keep your face to the risin’ sun.

There's a photo taken in 1968 of activist Richard Aoki holding a sign that says, "Yellow peril supports black power." I know I've done everything wrong here, but in the end I think that’s all I wanted to say. If I'm the peril, I'm with you until we're on dry land.