Hear Me Out: The Roots, "When the People Cheer" 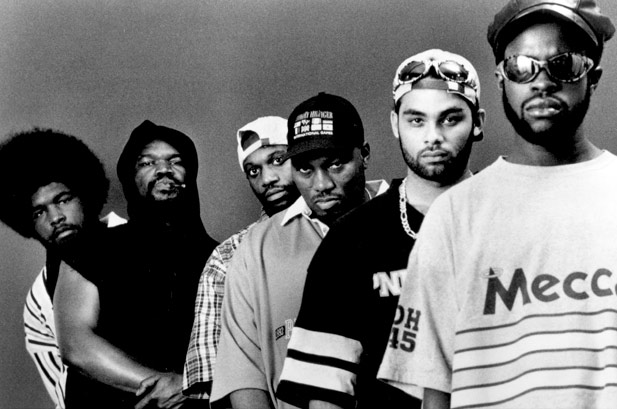 By Courtesy The Roots
By Tree A. Palmedo, Crimson Staff Writer

By Courtesy The Roots

Given that they spend their nights cracking jokes and playing classroom instruments on The Tonight Show, it’s commendable that The Roots have kept their own music relatively gimmick-free. Their new single, “When the People Cheer,” feels worlds apart from the smiley Fallon house band; it has no gloss, no primetime sparkle. Instead, it’s a haunting mood piece, a somber reminder that what The Roots do best has always been serious, top-shelf hip-hop.

Black Thought is one of the game’s most quietly virtuosic MCs, and in typical fashion, he only shows up for the track’s second half, handing off the warm-up verse to longtime collaborator Greg Porn. Porn’s verse smolders thanks to lines like “Lights, camera, chemical reaction,” but by the time Black Thought enters with shout-outs to both Jay-Z and Phil Collins, he’s officially stolen the show. The lead MC’s verse is at once brutally honest (“I’m a sex-addicted introvert,”) and thoughtful (“On my existential grind doing consequential dirt”). Instead of commenting from afar on the social issues they tackle, the two rappers place themselves in the spotlight for blistering self-critique.

But this wouldn’t be a Roots track without the rest of the band. Though “When the People Cheer” relies heavily on a dimly twinkling piano sample, its beat could only come from everyone’s favorite afro-sporting drummer, ?uestlove. His no-frills playing has been at the core of the band’s output from the beginning, and while attention-deficient listeners might be getting tired of the same old drum sound, its longevity is an indicator that ?uestlove and company remain serious and hands-on with their music, no matter who they play on TV.

“...And Then You Shoot Your Cousin” is out May 13 via Def Jam Recordings.