"Trouble in Paradise" No Trouble On the Ears 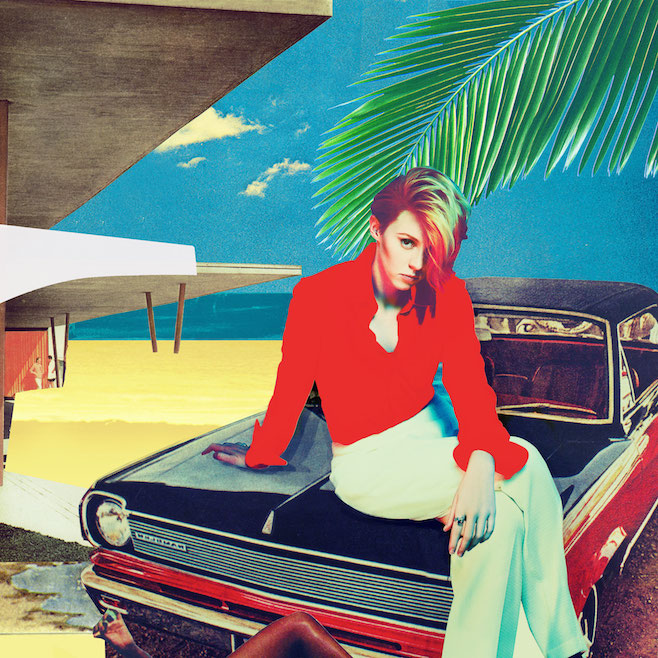 La Roux had a rather promising start. Their self-titled debut album was critically acclaimed and Grammy-winning, and their inimitable sound—with persistent retro stylings and paradoxically forceful and airy vocals—helped them carve out a niche in the electronic music world. Unfortunately, they seemed to have completely dropped off the map after their aggressive and fast-paced single “Bulletproof” lost its spot on the charts. After five years, La Roux has finally returned, though the long overdue sophomore album finds itself in the wake of a couple big changes. The most notable is that “La Roux” is now a moniker for Elly Jackson rather than a band name, after producer Ben Langmaid left the duo. Though the ’80s-influenced synthpop tradition of the eponymous album lives on, the newly solo Elly Jackson takes her electronic pop to new levels of raw emotion and sportive cheekiness on “Trouble in Paradise.”

Perhaps the greatest asset of this record is the interlacing of light and charismatic guitar grooves and calypso-inspired synth riffs. The pervasive guitar provides “Trouble in Paradise” with a lively and organic character not seen in other works in the genre. And though La Roux does take a few moments to slow things down and reflect on love gone awry, the album is upbeat at its core, walking a fine line between dance-ability and innovation. “Sexotheque” embodies much of La Roux’s new direction. Jackson clarifies the song’s less-than-lucid title by singing, “She wants to know why he’s not home / Oh, I bet money, money, money, I bet / he’s at the Sexotheque.” The lyrical pessimism, however, is offset by the almost tropical quality the synths take on and the lighthearted triplets in the guitar.

Though these fun—if not slightly superficial—tracks dominate the album, La Roux breaks out of the rut with the auspiciously placed “Silent Partner,” which finds success in its sudden rejection of calypso influence. The heavy synths play rather uncharacteristically eerie phrases during the record’s seven-minute-long celebration of the ’80s. Not to be shown up by the unnerving electronic soundscape, La Roux delivers stunning lines like “I've been living in the light of the shadows / Why won't you let me leave?” and “There's a thumping that's filled with violence, / and he creeps in through the walls at night.”

“Trouble in Paradise” is not without fault, however. The biggest letdown of the album is the final track, “The Feeling.”  With pleasantly fluttering vocals over an Enya-esque atmospheric backdrop, the song is by no means hard to listen to. Instead, it simply lacks interest and fails to live up to its emotive potential in the chorus, when Jackson sings, “When it's all okay, we know, you know / And I know, I've got the feeling.” “The Feeling” is decidedly less bold than the other song about relationship dysfunction on the album, “Cruel Sexuality,” and the instrumentation falls in the dull gap between the extremes of playful and moody found elsewhere on “Trouble in Paradise.”

Even during this minor setback, the greatest unifying force on the album, Jackson’s voice, persists. Her vocals, which at times border on conversational, are beautifully understated. Instead of going for big notes or embellished runs, she focuses on striking a balance between conveying a message and letting the cool electronic sounds resonate.

After a five-year hiatus, La Roux found a way to pick off right where she left off. In 2009, the group innovated on their debut album, and with her new album, Jackson has managed to refine that sound, without abandoning its quintessence, by tempering the synths with guitar and by mitigating her previously serious tone with a bit of flippancy. An album that cleverly draws from other genres and refuses to take itself too seriously, “Trouble in Paradise” proved that Jackson is singlehandedly capable of laying down a fantastic pop album.