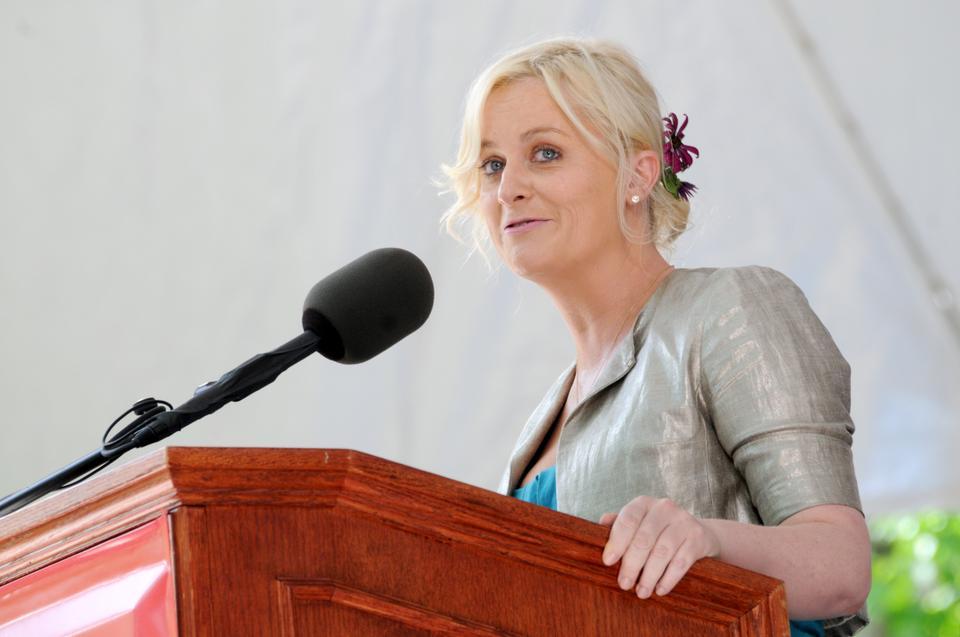 Actress and comedian Amy Poehler, known for starring on popular comedy television show “Parks and Recreation,” has been named the Hasty Pudding Theatricals’ 2015 Woman of the Year.

Poehler, known for her comedic timing, acted as a cast member of the comedy show “Saturday Night Live” for many years and has recently received critical acclaim for her performance as idealistic female bureaucrat Leslie Knope on NBC’s “Parks and Recreation.” In 2014, Poehler won a Golden Globe for “Best Actress” for the role. She is slated to host the Golden Globe Awards later this year.

Poehler, a Massachusetts native who spoke at the College’s Class Day in 2011, will be honored on Jan. 29 with a parade through Cambridge and a celebratory roast. She will head to Farkas Hall—where the Hasty Pudding Theatricals, a Harvard-based musical comedy troupe, stages its spring show—for the award ceremony, when she will be presented with the group’s signature “Pudding Pot” award.

Jason S. Hellerstein ’15, the president of the Theatricals, said the organization’s leadership collectively chose Poehler in part for her style of humor.

“We like to look for people who in their careers put into practice the sort of comedy we like—that you not only respect, but is a lot of fun,” Hellerstein said.

Joshua J. Friedman ’16, the Theatricals’ co-producer, agreed that Poehler “fits” the group. He added that she was also selected because of her recent career success.

“We like to find people who are on the upswing of their career, and Amy Poehler is clearly having a great year,” Friedman said, adding that her selection has garnered a positive reaction so far. He said tickets have sold faster than in previous years.

According to Friedman, while this year’s Woman of the Year festivities will feature traditional elements, January’s parade will be a “spectacle” that will outdo the past. Hellerstein said the change aims to include more people from Harvard and Cambridge in the celebrations, as tickets to the show in Farkas Hall are limited.

The Woman of the Year award, first established in 1951 to recognize women entertainers, has previously been awarded to Helen Mirren, Marion Cotillard, and Julia Roberts, among others. According to a press release, the Hasty Pudding Theatricals will name 2015’s Man of the Year, to be recognized in February, at a later date.