Students expressed their desire to define their racial identities on their own terms at “OTHER: A Multiracial Student Photo Gallery,” which opened in the Student Organization Center at Hilles on Sunday.

Amanda Mozea ’17, who organized the exhibit, described it as an attempt to highlight the struggles that many multiracial students at Harvard face.

The portraits were candid shots that omitted any jewelry or “distractions” that would detract from the message of the photographs, organizers said. 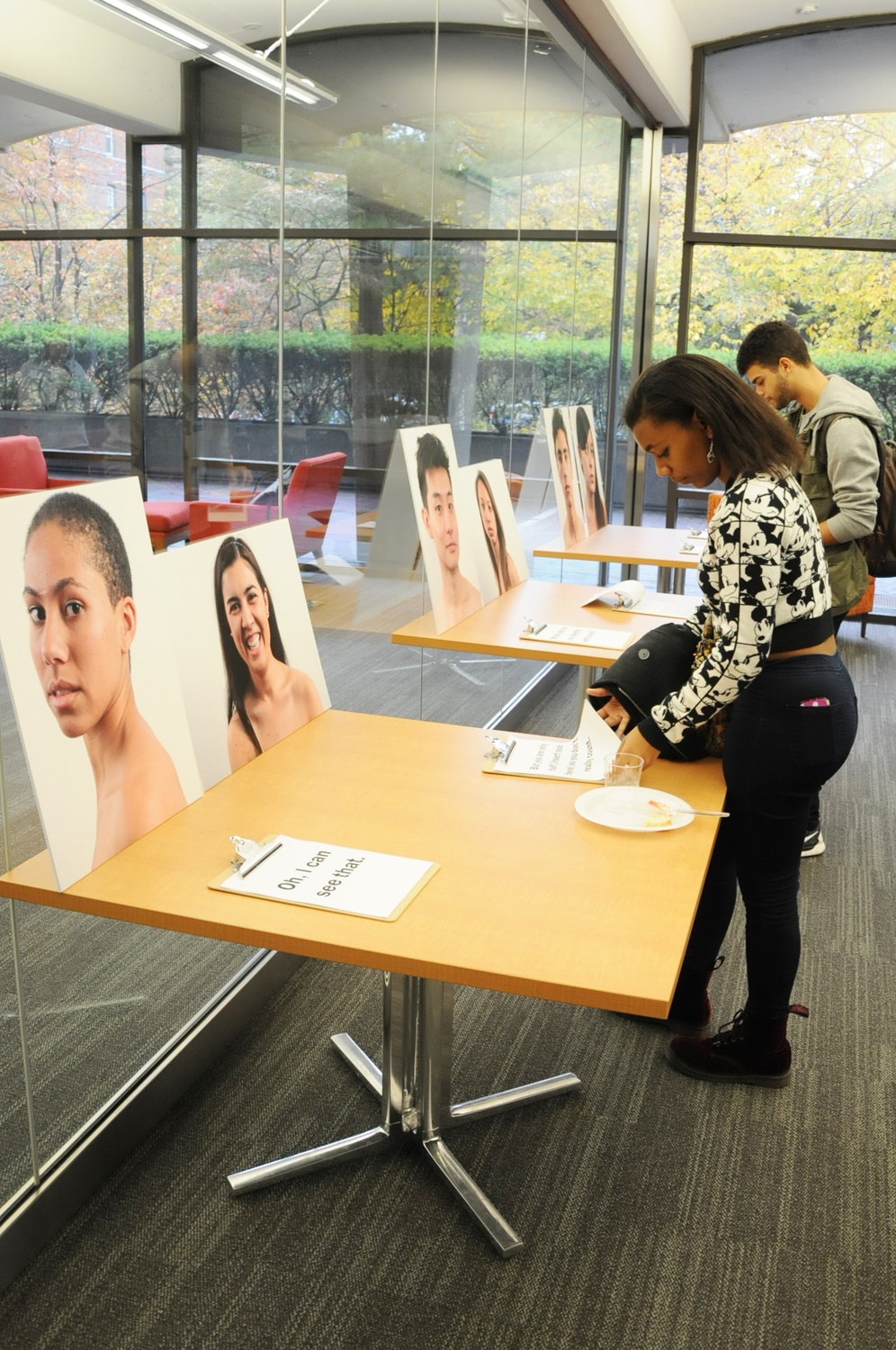 Students study the portraits on display at “OTHER: A Multiracial Student Photo Gallery” at the exhibition’s opening on Sunday afternoon. By Eliza R. Pugh

“Every model you see—the only thing looking out of the picture is themselves,” Mozea said. “And so it is that in the purest sense, that person is looking out at you and you are looking back at them, and the hope is that you will form a connection, maybe in a little way.”

Mozea mentioned her interaction with a black cultural organization during her freshman year as the inspiration for the project.

“A girl came up to me and said, ‘Well, at least you have a little black in your face,’ as if my only right to be in that space was that I have slightly phenotypically black features,” she said. While the exhibit began as an outlet for her anger, Mozea said that “it became more of a cathartic experience.”

Dean of the College Rakesh Khurana, who stayed for the duration of the opening, said he was particularly interested in the exhibit’s statements about personal identity.

“I think this exhibit speaks to our understanding of who we are in terms of its social and personal transformation—which is so critical in our own lives—but also raises important questions,” he said. “On an intellectual level, the exhibit asks how does ethnicity or identity get developed as a person, versus how is it socially constructed by the state?”

Breeanna M. Elliott ’14 discussed the relevance of the exhibit in the context of student organizations at Harvard.

“There are communities and clubs that exist for one community versus another, so I think this opens up the conversation that there are mixes of identities and that it’s very difficult for certain individuals to define themselves by one thing versus another,” she said.

This Thursday, a follow-up panel will be held to serve as a “reflection on what people have seen in the gallery and what the implications of being multiracial have on how we identify as multiracial, not just biracial,” said William A. Greenlaw ’17, a partner in the production of the exhibit and an Undergraduate Council representative.