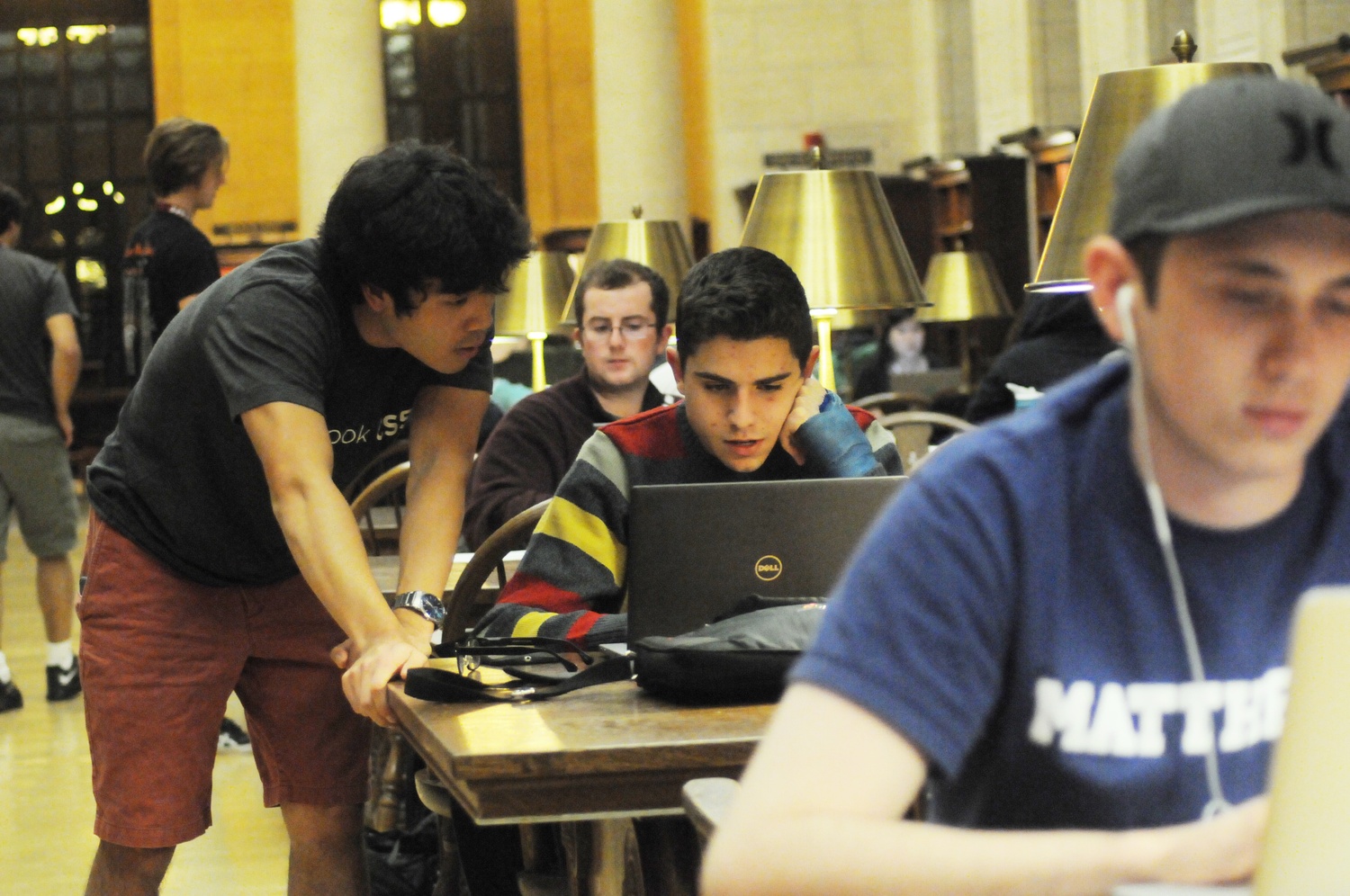 “It's time to take back one of Harvard’s few large quiet spaces from our CS50 overlords,” read the details of a student-organized event looking to mock-protest a popular computer science course and its regular presence in Widener Library’s Loker Reading Room.

The satirical protest targeted office hours for Computer Science 50: “Introduction to Computer Science,” the first and only course to extend Widener Library’s weeknight hours until midnight, instead of its previous 10 p.m. closing time.

From the outset, the protest was intended as a joke, according to its would-be organizer, Dashiell F. Young-Saver ’16.

Starting this fall, CS50 students have set up shop to work on problem sets in Widener’s iconic Loker Reading Room, which uncharacteristically abounds with activity and noise as each office hours session progresses.

Originally scheduled for Monday evening but canceled before its punchline was delivered, the protest would have “pack[ed] the reading room with as many people as possible, all of whom will be studying for their just-as-valuable-classes,” according to the event details.

“[W]hen all the CS50 students come at the normal time (9pm), we will collectively ‘shush’ them whenever they make a noise. This will not stop until they actually shut the hell up and let us have our study space,” the protest description continued.

The Facebook event, which publicized the mock protest, disappeared from the social media site before Monday evening, after it attracted many comments in response.

Young-Saver, a Crimson editorial writer, said the inspiration for the joke protest came from studying with a group of friends in Widener, as CS50 students filed into the library for office hours and started talking loudly.

“I thought it would be pretty funny to [mimic them] on a massive scale and shush them,” Young-Saver said, adding that his casual conversation with friends “was never an intention to actually hold a protest.”

Park said he understands both the vocal enthusiasm for and rejection of CS50 in Widener.

“It’s really a matter of perspective,” Park said. “If you’re not in the class, it’s probably annoying [to have] all of these people sort of invading a library space.”

At the same time, Park said, since CS50 is a class, undergraduates want extra office hours and an accessible location for them.

Young-Saver said he appreciated the wit behind the other satirical protests as well as the on-campus dialogue they created about CS50’s power and visibility on campus and how corporations can influence course curricula.

“I think most people got the joke, and I’m glad that it did spark a broader conversation,” Young-Saver said.

The mock protest, and the reactions to it, is only the most recent instance of undergraduate debate about CS50. The massive course, widely regarded as something of a cultural touchstone as well as a class thanks to the hype surrounding it, has attracted parodies and criticism as it continues to grow. It expanded to Yale this fall.