Peabody Museum Celebrates the Day of the Dead 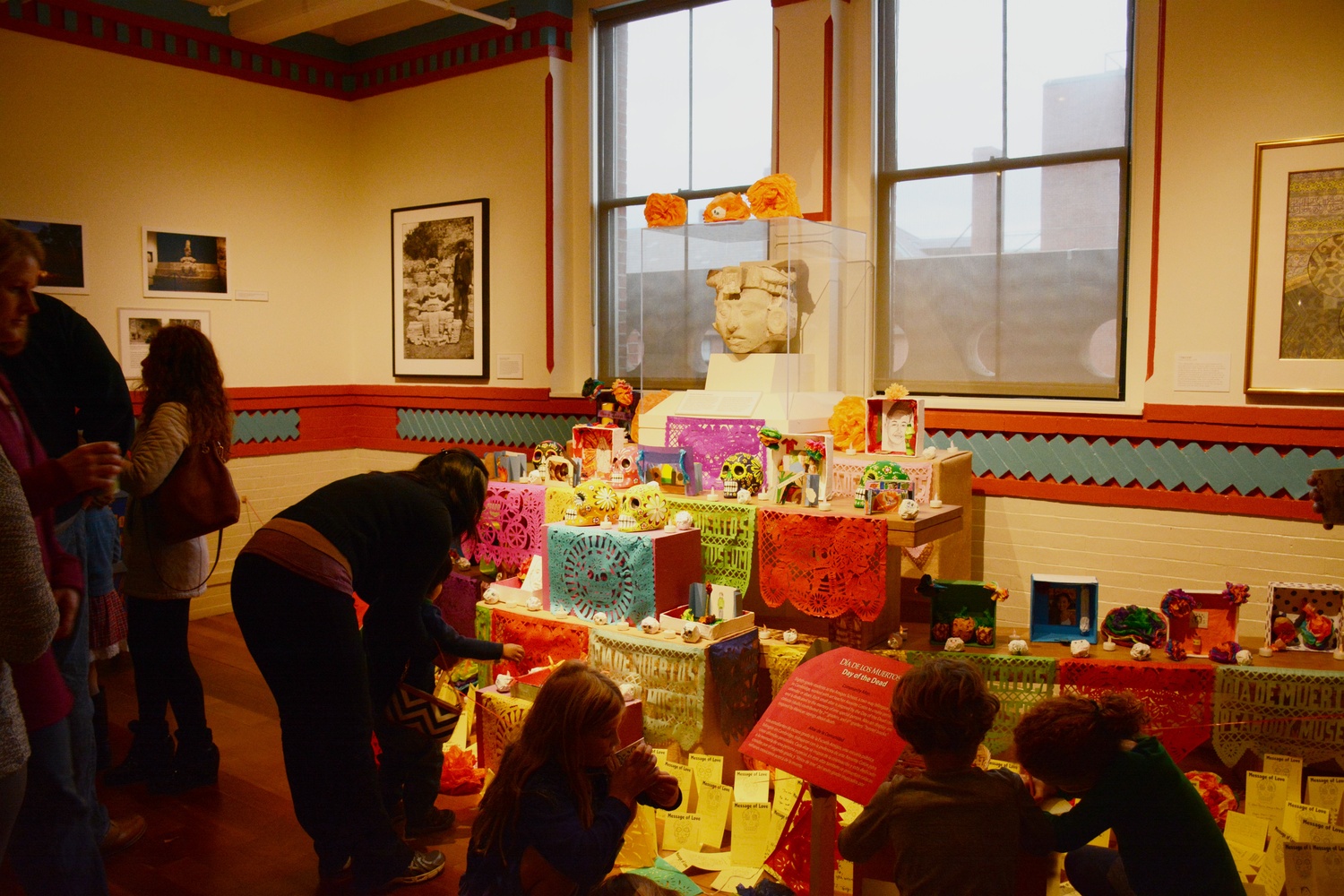 The Peabody Museum of Archaeology and Ethnology hosted a Day of the Dead celebration—also known as “Día de los Muertos”—on Sunday, when museum patrons learned about the Mexican holiday through participating in traditions and sampling a range of foods, including “pan de muerto” and Mexican hot chocolate.

Polly R. Hubbard, the Peabody Museum’s education manager, described the holiday as a way of “welcoming back spirits of people who have passed on...with joy and happiness, and remembering what they were like...instead of woefully missing them.”

As one of the celebrated traditions, holiday participants create family altars that provide offerings to the dead. Making the day relevant to local residents, the Peabody featured not only an altar by Mexican artist Javier Gonzáles Rodríguez but also those created by local Cambridge students. Gonzáles Rodríguez said he tried to reflect his origins in the altar, having painted skulls in the traditional style of dorado and constructed marigolds made from cornhusks that came from his hometown.

At the entrance stood personal altars that eighth-grade students at Amigos School, a dual-language school in Cambridge that teaches students in both English and Spanish, adorned with photographs of and letters to their lost loved ones. In this interactive display, the Peabody’s visitors then left messages for their own lost loved ones at the students’ altars.

According to Hubbard, the Peabody Museum has conducted research in the Mexican and Mesoamerican region for more than 100 years.

“As an archeology museum, we have a deep history with the region, and this is a way to connect to that,” Hubbard said.

According to the museum’s education specialist, Andrew S. Majewski, planning for the event started over the summer. At that time, organizers contacted Harvard student groups as well as the artisans Ventura and son Norberto Fabian, who came from Oaxaca, Mexico, to demonstrate their woodcarving craft at Sunday’s event.

Anna Garnica attended the event from New Hampshire in hopes of teaching her family more about their Mexican culture.

“It’s a time to remember and honor people in the family and friends that have passed away in this life,” Garnica said