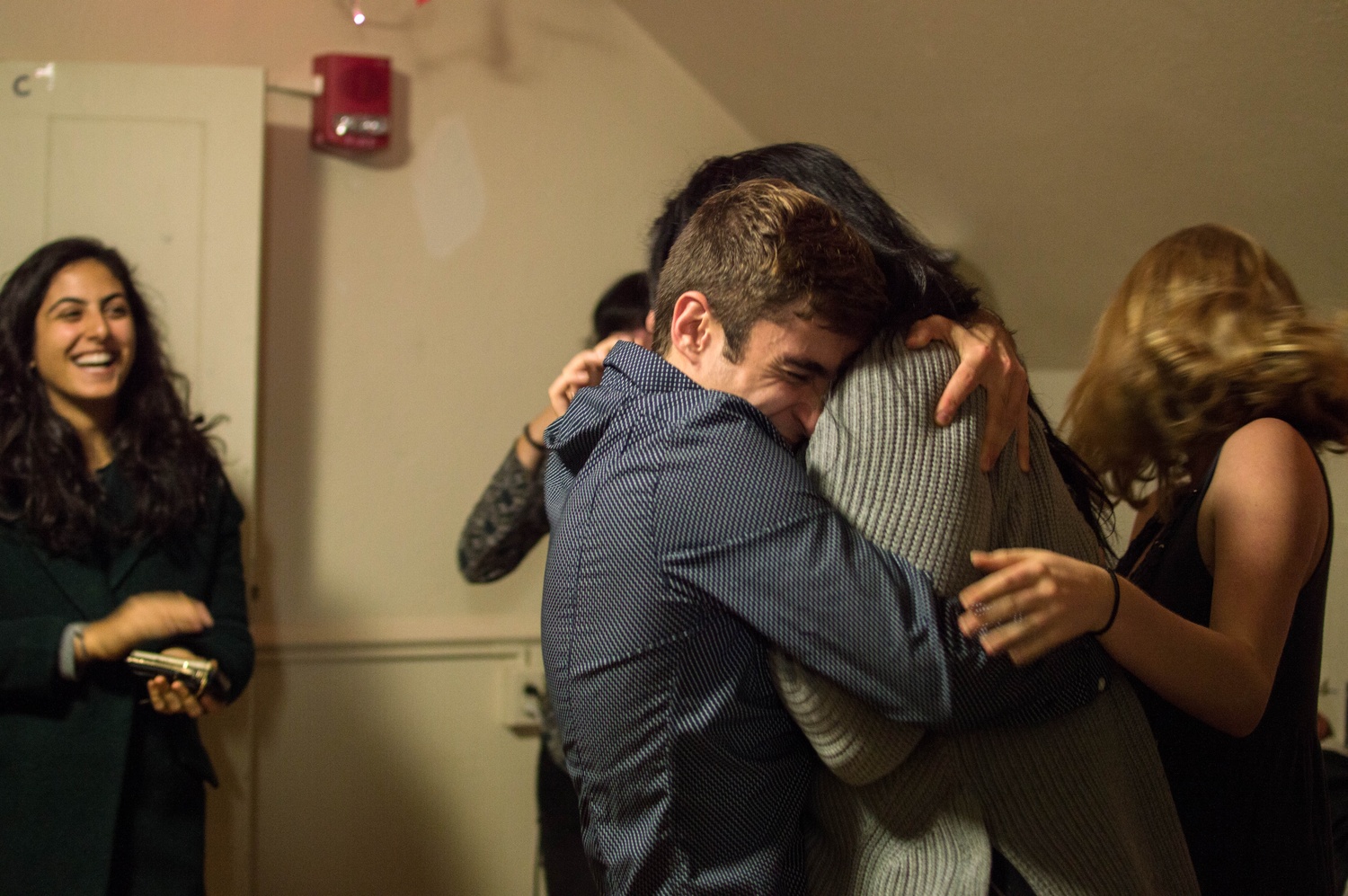 Shaiba Rather ’17 and Daniel V. Banks ’17 edged out two other tickets to clinch the Undergraduate Council presidency and vice presidency in an election with the lowest undergraduate voter turnout since 2011.

Fewer than 2,900 undergraduates voted in the election, a turnout considerably lower than the 3,348 votes cast in last year’s election, and the lowest since 2011, Estes said.

Undergraduates also voted on two referenda questions. A UC-proposed referendum that asked students whether or not Pusey Library should be turned into a “freshmen-oriented social space” failed by a wide margin, with 56 percent of votes cast in opposition. Seventy-six percent of voters approved a second question that calls on administrators to open Harvard’s sexual assault policy task force meetings to all interested students.

Neither results, however, will become the official stance of the UC, because fewer than half of undergraduates voted in the election. A turnout of at least 3,341 were needed for the results to be binding.

The winning leadership candidates, who are both one-year UC veterans and the current co-chairs of its Student Initiatives Committee, will assume office in December. Rather and Banks ran on a platform that called to “open Harvard” by focusing on social spaces, mental health resources, and sexual assault, among other points in their three-pronged platform.

Voting in the UC’s presidential election ended at 9 p.m. on Thursday evening, after the voting period was extended by several hours in response to a bomb threat that scattered Harvard Yard on Monday and after the voting system experienced technical difficulties. Rather’s ticket led vote counts throughout the four-day election, from Monday to Thursday evening, Estes wrote.

Rather and Banks will likely have to lobby Harvard administrators to provide the student body with centralized social spaces, increased resources for mental health, and sexual assault prevention programs—three issues that characterized this year’s election season and have recently dominated campus discourse. Some particulars of their platform, including a goal to place an undergraduate on the University’s Board of Overseers and open up the selection processes of private final clubs, will likely prove challenging to implement.

At about 10:15 p.m., the Council’s current president and vice president, Ava Nasrollahzadeh ’16 and Dhruv P. Goyal ’16, notified the winners at a jubilant campaign party in Winthrop House. Close to tears, Rather and Banks thanked their campaign supporters and vowed to implement their platform next year.

“It’s pretty surreal. It feels weird to finally have the opportunity to do something and to do Harvard like we’ve been talking about,” Rather said, minutes after learning that she would take the helm of the UC.

Banks stressed the initiatives he and Rather outlined in the campaign and various debates, arguing that the pair will strive to achieve them.

“It’s made me realize how the issues that people care about are really personal, not just political,” Banks said.

Greenlaw and Morris appeared to keep an optimistic tone late Thursday evening, emphasizing avenues for advocacy despite their loss.

“At the end of the day, this isn’t really about the UC. The UC is just a convenient conduit for the change that we want to be able to see,” Greenlaw said. “So even if we aren't the UC’s president and vice president-elect, there’s still a lot of work to be done, and I’m committed to helping do that."

Morris said he ran for the UC to devote attention to destigmatizing student discussions of mental health, an issue that he and Greenlaw emphasized throughout the election season.

Gajdzik and Ott could not be reached for comment.

—Contributing writers Laszlo B. Herwitz and Kier W. Zimmerman contributed to the reporting of this story.