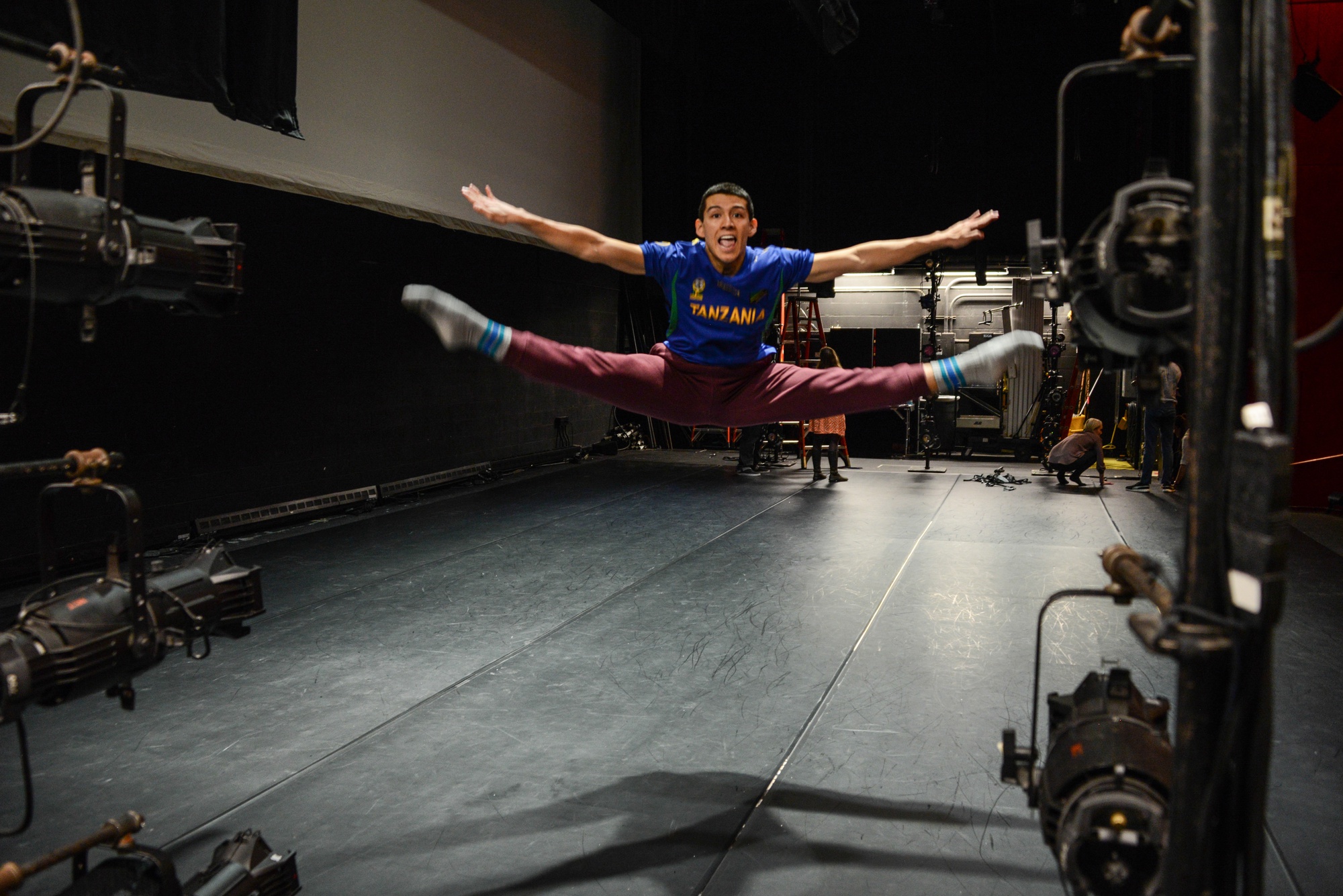 Aranzales does a center leap backstage in Farkas Hall. By Xenia O. Viragh

Javier Aranzales has been doing the splits since he was 13.
By Lily C. Sugrue

Unchecked enthusiasm creeps into the voice of Javier F. Aranzales ’16 as soon as he begins talking about ballet.

Sitting in the upper mezzanine of Ticknor Lounge late on a Sunday afternoon, Aranzales is explaining how he came to dance during the summer before his freshman year of high school. It’s clearly a well-told story. “At the age of 13 in eighth grade, we had a talent show, and one of my science lab partners was performing a ballet variation for the talent show. And just seeing her, like the epitome of being in the moment, just like, you’re on stage, it’s over and everything you worked for was on that stage in that minute or two minutes.” Finally, he adds, “It was so beautiful, so I knew that I wanted to be a part of this.” For the past eight years, he certainly has been a part of it.

Shortly after watching the performance, Aranzales took “a 15 minute drive and like, a 45 minute train” to a non-profit ballet conservatory in where he participated in his first class. The director offered him a full scholarship and the possibility to train for entrance to an arts high school after observing his performance. It was a Saturday; class would start on Monday.

“So, within 30 minutes of having this conversation, everything in my life changed,” Aranzales explains. The next year, he was accepted to the arts high school. Three years later he would be deciding between Harvard and a professional dance conservatory. 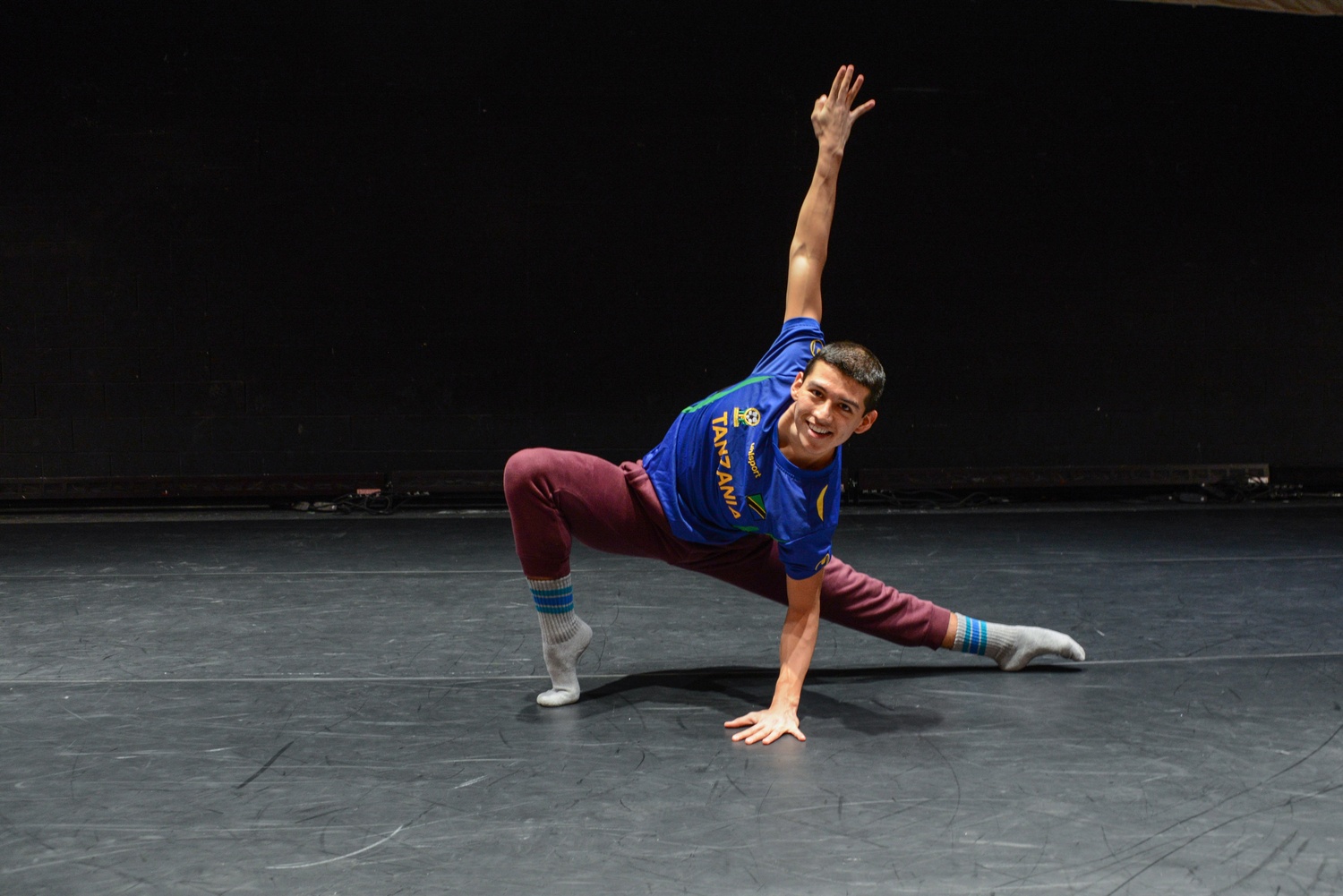 Javier F. Aranzales '16 poses in Farkas Hall after a performance of The Giver by Harvard Ballet Company. By Xenia O. Viragh

Aranzales, who was raised in Miami but born in Bogotá, Colombia, chose Harvard.

“In Colombia, it’s the presidents’ sons and children who go to Harvard; presidents go to Harvard, so it’s like, OK, let’s see what happens,” he recalls.

Opting to attend Harvard, however, does not mean Aranzales has stopped dancing. He joined the Harvard Ballet Company as soon as he came to campus, dancing the leading role of Romeo in “Romeo and Juliet” during his first year. After sophomore year, he took a semester off to dance in the newly formed Colombian National Ballet Company in Bogotá.

Dance is not the only interest Aranzales has pursued at school. A Government concentrator with a focus on international development and the arts, Aranzales has traveled extensively on the University’s dime. “Harvard has opened up the doors of the world to me,” he pronounces. Those doors have taken many shapes and forms. The summer after his freshman year, when he was still pre-med, Aranzales studied neuroscience in Trento, Italy; prior to the trip, he had never been to Europe before. That August, he participated in Harvard Summit for Youth Leaders in China in Shanghai, where he taught a seminar on ballet and modern dance in the U.S. He traveled to the Philippines through the Philippine Forum, where he helped create a performing arts show case for children. He has taken part in a Harvard Habitat for Humanity trip to El Salvador and an HCAP trip to India. Similar trips are planned for this year. Last summer he worked with professor of Romance Languages and Literature Doris Sommer to bring an arts on a literacy program to Uganda and practiced his Swahili in Tanzania.

For Aranzales, his interests in ballet and international development are heavily linked. He hopes to one day use both backgrounds to work with international art initiatives.

“My dream is a conservatory for dance in Tanzania, in India and Colombia,” he says, citing three of his favorite places out of the many global locations he has lived and visited over the past three and a half years. 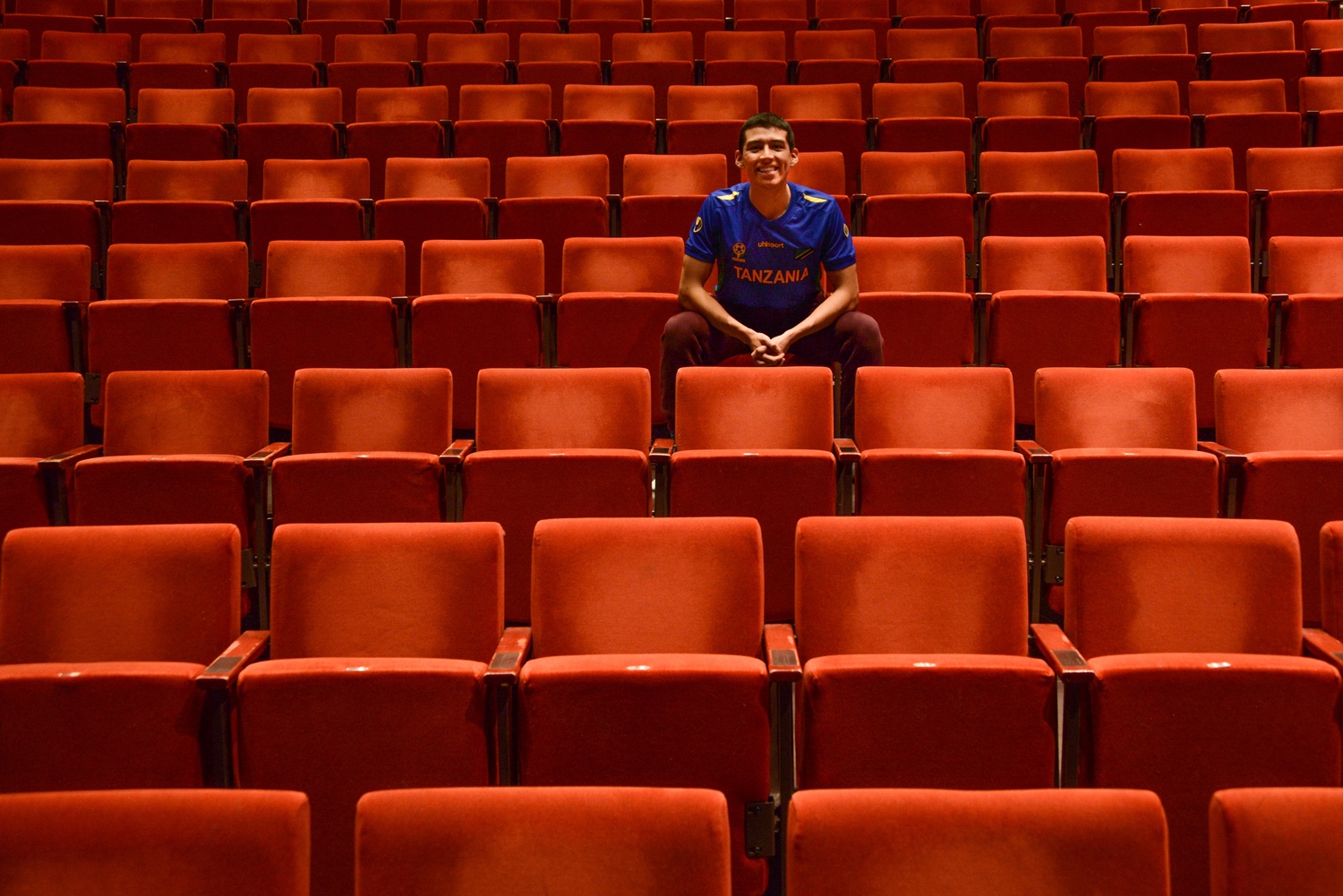