For Second Consecutive Day, Most Harvard Schools Will Close 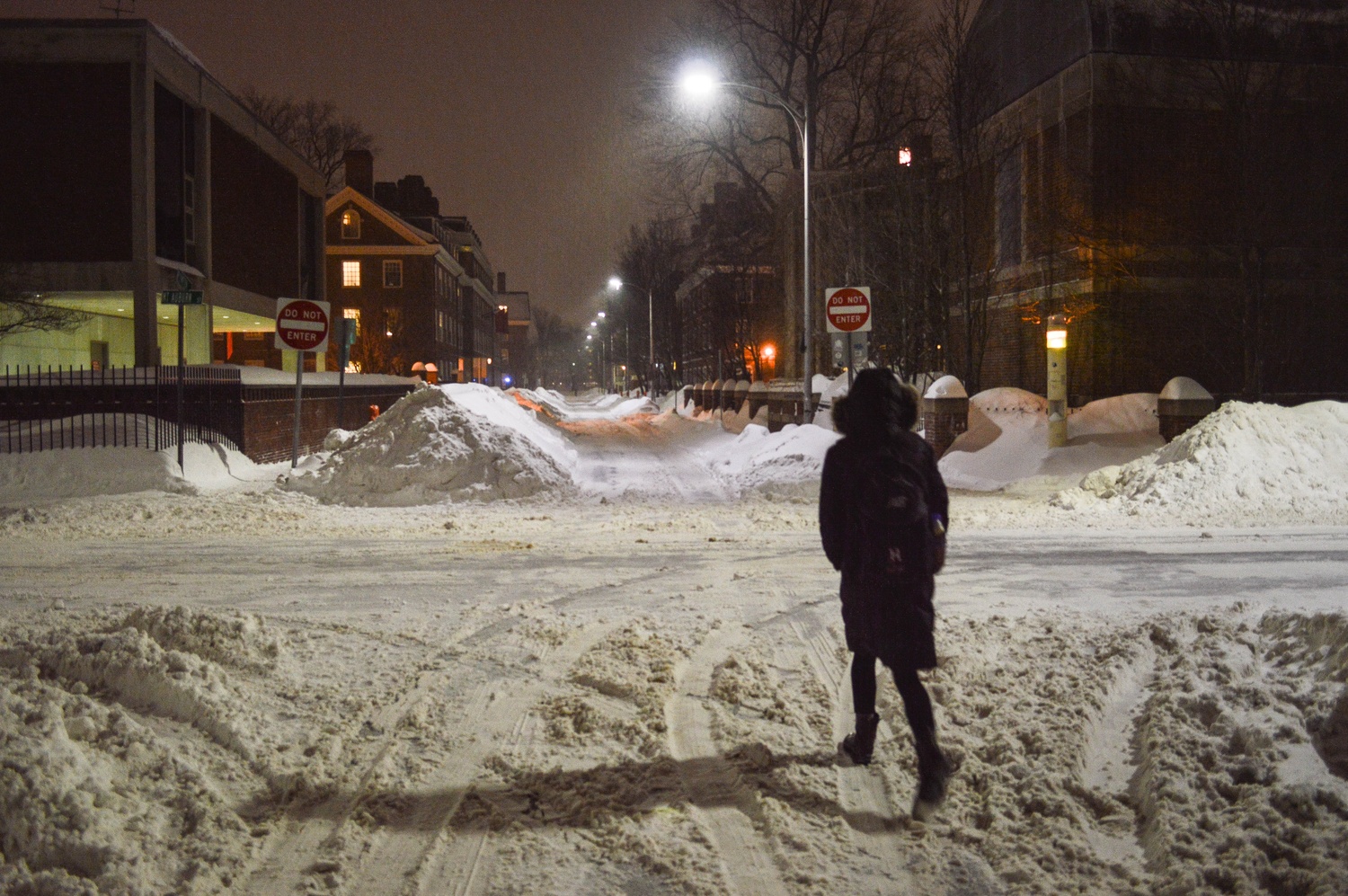 As many Harvard schools cancel classes Tuesday for the third time in as many weeks—only its fourth snow day since 1978—administrators have begun to consider ways to compensate for lost instructional time.

After the MBTA announced Monday night that it would suspend services for Tuesday, Harvard schools notified affiliates that they would also shut down, citing the difficulty employees would have in commuting to Harvard.

Dean of Undergraduate Education Jay M. Harris wrote in an email that to counter for lost time, the College is considering a number of options: scheduling affected classes for Fridays, having students watch video lectures, extending two-hour classes to three hours, and holding make-up classes during reading period when permitted.

“We’re a residential college, and we’re running out of days in the calendar to make up missed classes,” Dean of Student Life Stephen Lassonde wrote in an email. “By the same token... it’s no longer the case that most faculty and staff live near the University, and many employees are hard pressed to come to work when their children’s schools are closed down.”

As best as Harris can remember, in recent years the school has not had more than one canceled day in a single semester. Harvard has had only seven snow days in the last four decades; before this semester, the only others were in 2013 and 1978. Other recent cancellations due to the manhunt for the alleged Boston Marathon bombers and Hurricane Sandy, both in the 2012-2013 year, occurred in different semesters.

“This is just a year, I think, when we have to recognize that the amount of snow we have on the ground is extraordinary,” Lassonde wrote. “So we need to be flexible and adaptable in our thinking, putting people’s safety before our desire to do our duty.”

After operating Monday, the Harvard shuttle will try to operate as fully as possible on Tuesday, Director of Harvard Transit and Fleet Management David E. Harris Jr. wrote in an email. According to Lassonde’s College-wide email sent Monday evening, the evening van service would shut down on Tuesday morning at 12:30 a.m. due to road conditions and light ridership.

All make-up exams that were originally scheduled for this week are still postponed until next week. Harvard University Health Services will stay open for urgent care.

Before this week's snowstorm hit, the National Weather Service warned against windy conditions with gusts reaching 35 miles per hour. Though he did not declare a travel ban, Massachusetts Governor Charles D. Baker ’79 announced a statewide snow emergency on Sunday.

“The big issue for us at this point is not just the storm but the cumulative impact of the past two weeks,” Baker said at a press conference Monday. “Many places will now have had somewhere between 70 or 80 inches of snow having fallen in the past 14 days.”

Between 2013 and 2015, Harvard has seen four of its seven snow days in four decades. In 1977, before a snow day in 1978, former Dean of Students Archie C. Epps III joked that, “Harvard University will close only for an act of God, such as the end of the world.”

An earlier version of this article incorrectly stated the number of snow days that Harvard has had in the last four decades. In fact, it has closed for snow seven days in that time.