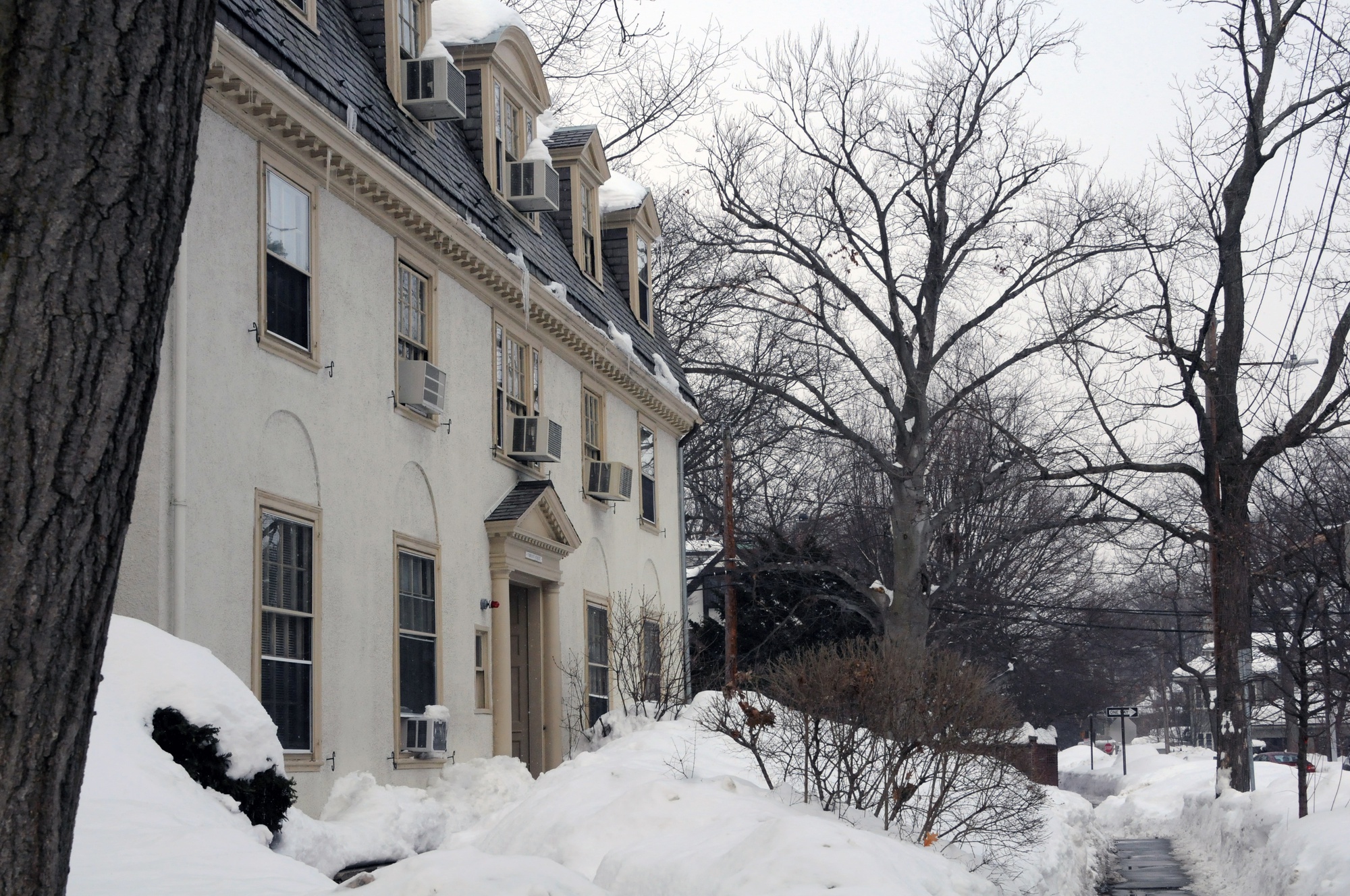 Language offices in the Department of East Asian Languages and Civilizations are housed in a re-purposed residential home at 5 Bryant Street. Department administrators said the space does not have the capacity to accommodate approximately 40 instructors and administrators.
By Karl M. Aspelund and Meg P. Bernhard, Crimson Staff Writers

Many department chairs in the Faculty of Arts and Sciences say that as the school reaches its largest size in history—with 730 faculty members as of October—they continue to face constraints on physical space, often forced to house their personnel in separate facilities across Harvard Square.

Occupying old buildings, adapted residential homes, and shared spaces, several departments in the social sciences and arts and humanities divisions must use every available inch of office space in order to accommodate instructors, classrooms, and events.

“I would say space is the single biggest issue in the Music department right now. We are completely maxed out,” said Music department chair Carol J. Oja, whose department’s single building sits behind the Science Center. “There are many, many space needs, approaching almost a crisis,” she added. 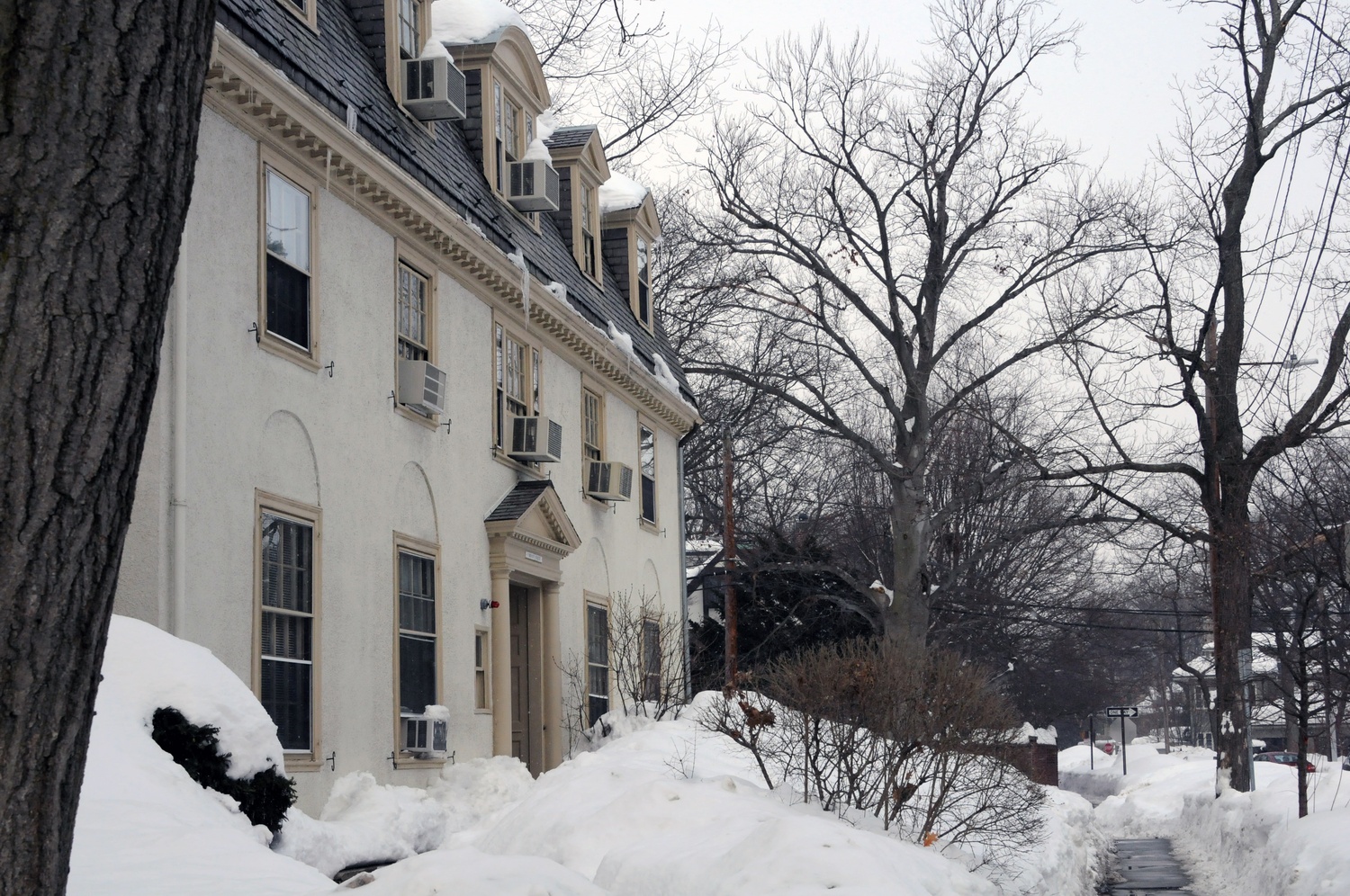 Language offices in the Department of East Asian Languages and Civilizations are housed in a re-purposed residential home at 5 Bryant Street. Department administrators said the space does not have the capacity to accommodate approximately 40 instructors and administrators. By Meg P. Bernhard

The Music department has sought to expand its physical space for around 15 years, according to Oja, who said that she and other department affiliates have written formal proposals lobbying for increased space.

Demands for space come while Harvard is in the midst of its largest-ever capital campaign, which seeks to raise $6.5 billion total for the University’s schools. FAS’s campaign plans to raise $2.5 billion of that total, including an initiative to raise $450 million for the School of Engineering and Applied Sciences, which also faces space limitations with increasing numbers of personnel and contractors. That money—in part—will help fund the relocation of two-thirds of SEAS faculty to Allston slated for 2019.

While professors in the Arts and Humanities division are also eyeing Allston as a new venue for performance and rehearsal space, Oja said that the Music department would remain in Cambridge.

The East Asian Languages and Civilizations department, which is primarily housed at 2 Divinity Ave. along with Harvard’s Yenching Library, must disperse its staff, with around 40 administrators and language instructors holding their offices in a repurposed residential house on 5 Bryant St.

“We feel quite cramped, and it’s starting to affect our ability to do everything we would like to do,” said EALC interim department chair David L. Howell, adding that the building at 5 Bryant St. “was built as a house and was definitely not designed to accommodate that many people.” 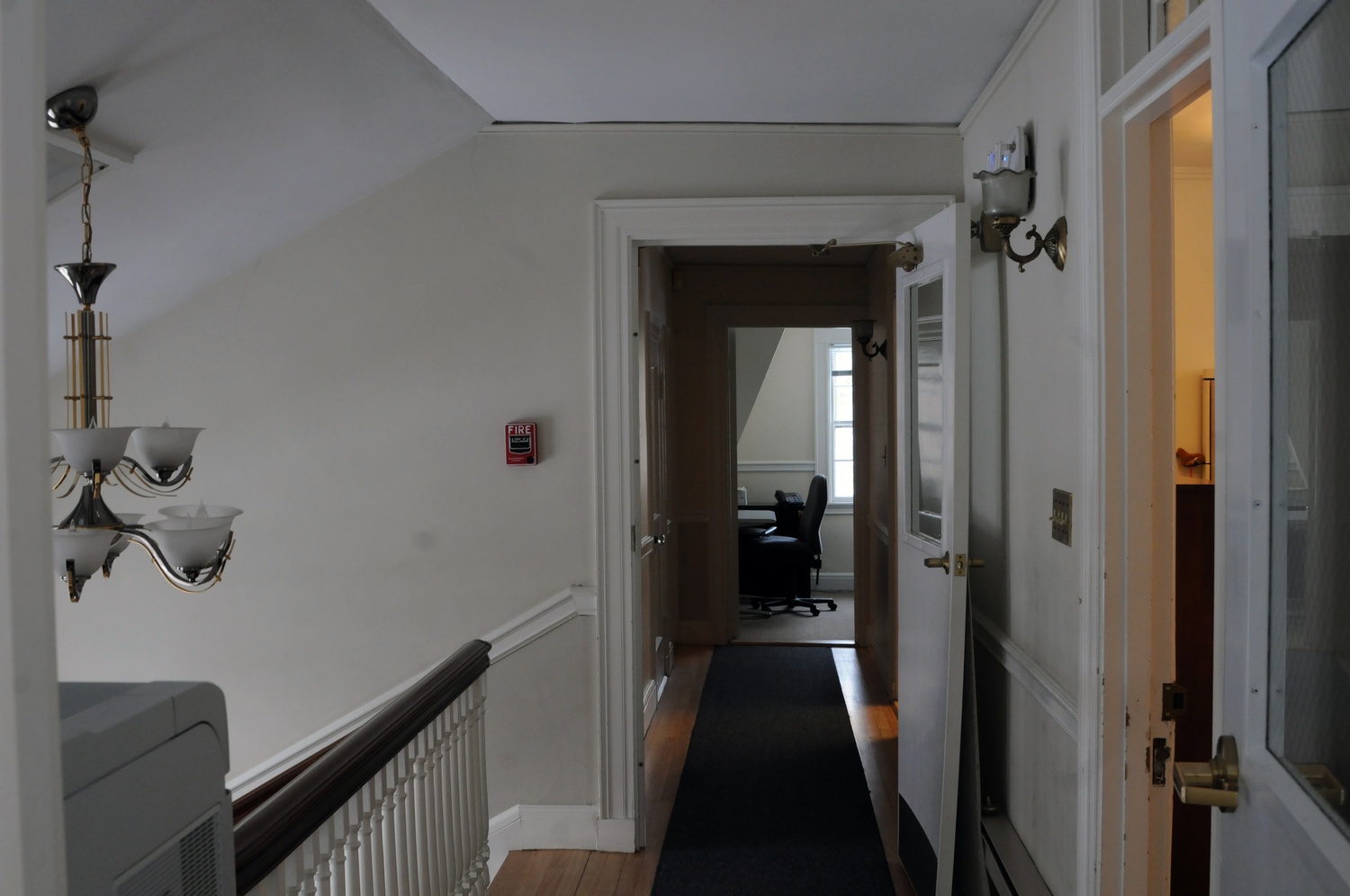 Around 40 instructors and administrators share office space in the Department of East Asian Languages and Civilizations offices at 5 Bryant Street, often four or five to one bedroom-size room. The department previously requested space upgrades. By Meg P. Bernhard
Advertisement

“I have had multiple conversations over the years with the faculty who have proposed a new complex for East Asia Studies. My hope is that we are able to find a donor to support this effort," wrote FAS Dean Michael D. Smith in a statement.

Space constraints mean that the Department of Romance Languages and Literatures must separate its language instructors from department members.

“We have about 70 to 80 people coming to teach every term in the four [language] sections” of French, Spanish, Portuguese, and Italian, said RLL department chair Virginie Green. “We cannot give an office to all these people—they don’t expect that—but at least we should be able to give them a place for office hours or a place that they can put their materials when they go to class, and that’s difficult.”

Space constraints are nothing new to the Faculty, though, and not unique to Harvard, chairs said.

“It is always an issue at universities,” Sociology department chair Mary C. Brinton said. “It is not that it is an increasing concern, just an ongoing one.”

Housed in William James Hall, the Sociology department had “severe” space issues for the last few years, Brinton said, citing as causes its faculty’s return to its pre-recession size and many ladder faculty receiving tenure and thereby larger offices. Those issues were ameliorated when Sociology faculty and staff received space opened up by the summer 2014 move of the Anthropology department's social anthropology faculty to offices in the newly renovated Tozzer Library.

These kinds of expansions seem to be the only way to mitigate space constraints, chairs said, acknowledging the complexity of the University’s largely decentralized space planning process.

“I don’t have any clue about what’s the best thing to do in this situation with the number of different buildings and different administrative groups,” Greene said. “We just want to be less tight.”