Harvard Could Benefit from 2024 Olympic Bid 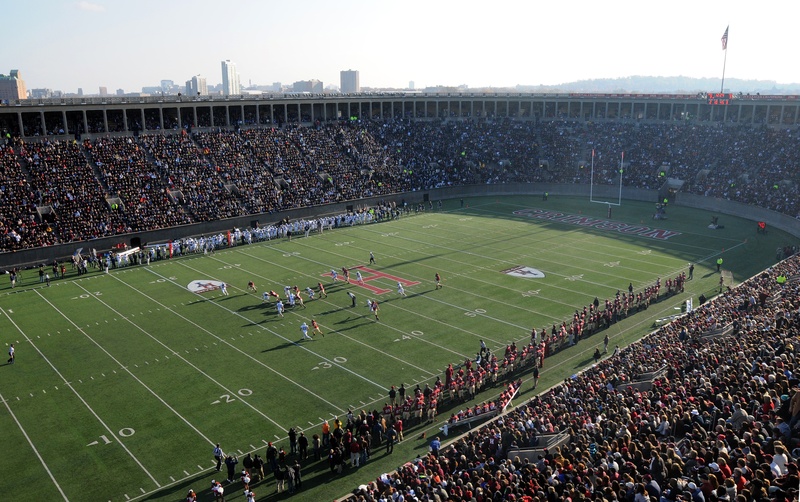 Harvard Stadium may host field hockey if Boston is chosen to host the 2024 Olympics.
By Theodore R. Delwiche and Mariel A. Klein, Crimson Staff Writers

Harvard heavily figures into the plans for Boston’s bid for the 2024 Summer Olympics and could benefit, potentially cost-free, from modifications to its existing athletic facilities, according to Richard Davey, the chief executive officer of the non-profit group coordinating the city’s bid. 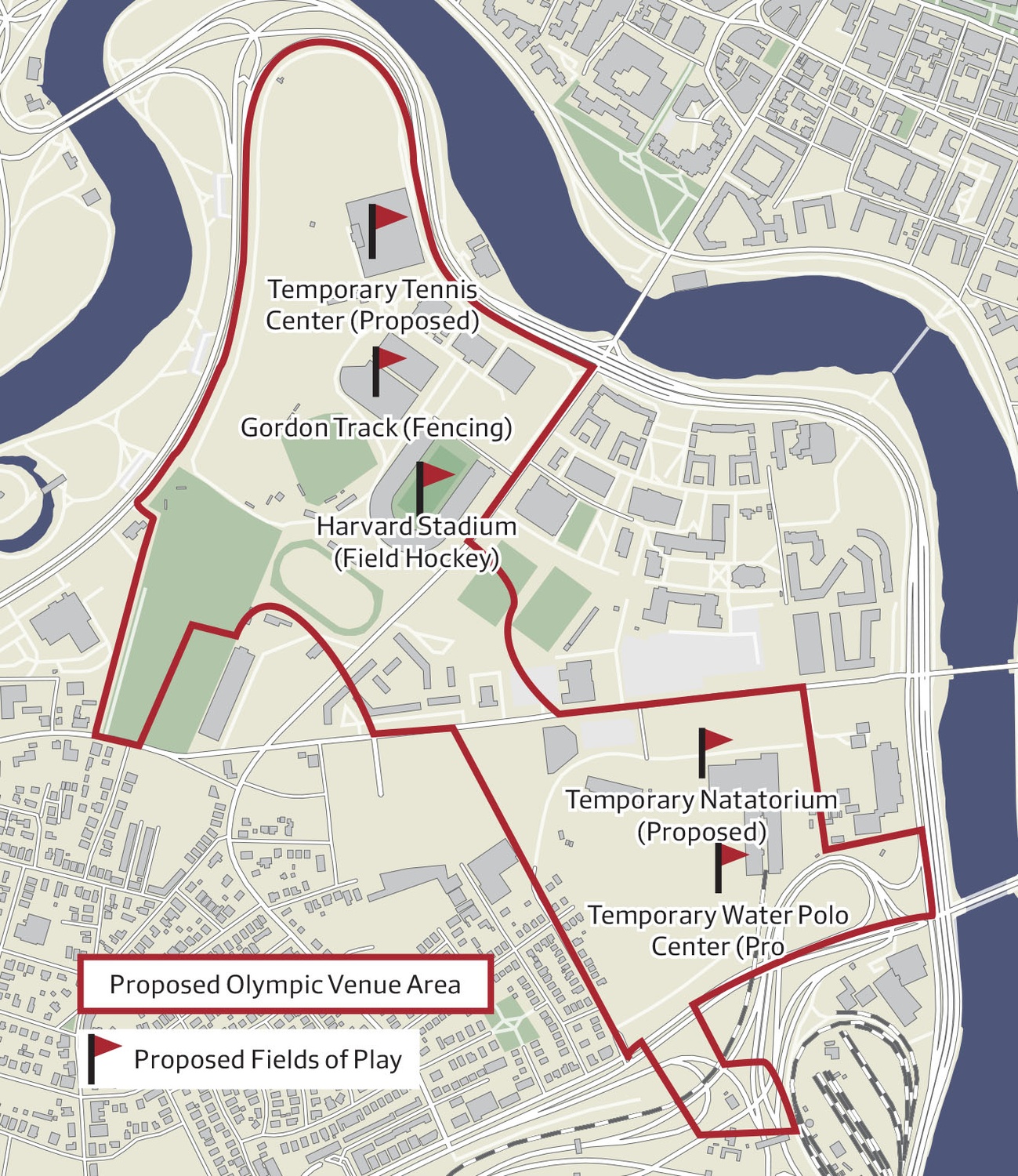 If current plans hold and the International Olympic Committee picks Boston, Harvard could host up to 10 events in the 2024 games. Field hockey would be played at Harvard Stadium, and the Albert H. Gordon Track and Tennis Center would host fencing. Overlays are slated to be built in both venues to support Olympic traffic and competition.

Harvard property in Allston is also slated to host aquatics and tennis in temporary venues that would be built specifically for the games.

According to Davey, any renovations to other existing Harvard facilities would be funded by the bid. The University would likely have to pay to use any new facilities after the Games.

“If the 2024 partnership is making modifications to existing Harvard facilities, those would be our costs,” Davey said. “If there are new facilities Harvard wishes to keep in the future, it would probably be a split cost.”

As Boston seeks the games, Harvard has emerged as a major brand associated with the bid.

“Harvard has proposed to play a big role in 2024, and we’re excited about those possibilities,” Davey said. “Harvard is renowned around the globe and continues to be an important brand for Boston.”

Bid documents have also emphasized other colleges and universities in the Boston area, which boasts nearly 250,000 college students. A “University Cluster” will encompass the area including Harvard, MIT, and Boston University. Other universities that will potentially serve as venues include the University of Massachusetts Boston and Tufts.

“Working with colleges [and] universities, which are going to be able to provide space, facilities, and other important contributions to the Olympics, is one of the most exciting parts of the bid because they are as excited as I think proponents of hosting the Olympics are,” said Kennedy School of Government professor Juliette N. Kayyem ’91, who serves on the Boston 2024 executive bid committee. “It’s about Boston.”

Harvard’s executive vice president, Katherine N. Lapp, serves on Boston 2024’s college and university engagement committee along with representatives from MIT, the University of Massachusetts, and Bentley University. Lapp did not respond to requests for comment.

Harvard Stadium may host field hockey if Boston is chosen to host the 2024 Olympics. By Mark Kelsey

Harvard spokesperson Jeff Neal wrote in an email that Harvard officials have been involved in preliminary discussions about the Boston 2024 Olympic bid and will continue to participate in discussion, making sure that any potential participation in the Olympics is consistent with the University’s academic mission.

Henrik Rummel ’09, who won a bronze medal rowing in the 2012 London Olympics, said he is excited for the possibility of the Olympics coming to his alma mater and is confident that the University’s facilities could host Olympic sporting events.

“Harvard has 42 Division I sports,” Rummel said. “We have plenty of  facilities. Converting them in a short time and making them world class facilities doesn’t take a lot.”

Not all are sold on the committee’s proposal. Christopher Dempsey, a graduate of Harvard Business School and co-chair of No Boston Olympics, a volunteer organization opposing the bid, questioned whether it would be in Harvard’s long-term interests to be involved in the 2024 Olympics.

“Clearly its very attractive to the [United States Olympic Committee] and [International Olympic Committee] to be associated with the Harvard brand,” Dempsey said. “Given the overwhelming academic evidence that Olympics do not benefit hosts in the long run, it’s somewhat troubling that members of the University community have jumped two feet in to supporting the Boston 2024 bid.”

Addressing the age-old question of whether the Olympics are ultimately beneficial to host cities, Dempsey and his colleagues argue that the burden of the games will ultimately fall on Massachusetts taxpayers and, while exciting in the short run, will prove costly in the long run.